Book Review: The Catcher in the Rye 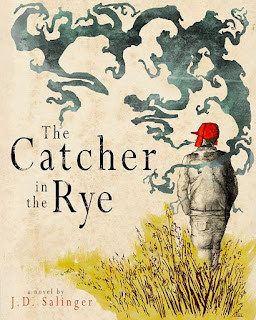 The Catcher in the Rye by J.D. Salinger
My rating: 4 of 5 stars

So much has already been said about this book that I'm afraid of just being another ripple in an ever increasing pond of analysis, but at the risk of going too far I want to introduce an entirely different interpretation.
It's a book about alienation, that much is true, but Holden's alienation is a self-imposed alienation, one that he uses as a form of self-preservation because the book itself, I think, is a chronicle of childhood sexual abuse among the privileged classes.
If we remember his teacher Mr. Antolini we can infer from what happened that night in his apartment that he was a pederast. Holden himself says that, "When something perverty like that happens, I start sweating like a bastard. That kind of stuffs happened to me about twenty times since I was a kid." So we can infer further that he's experienced this kind of abuse before.
Holden saw the perverted nature of privilege and could understand it only as "phony" which is why so many demented individuals have used this book as a sort of manifesto to explain and justify their own madness.
"It's easier to slit a mans throat than it is to punch him in the face," Holden says, but the question is why? Because the formers too intimate and Holden's afraid of intimacy, he has been betrayed by those authority figures he trusted in life. How else can we understand this one scene and Holden's comments afterward, as well as his behavior throughout the book? I think it's quite clear that this is a book about the obscenity of paternal authority. This authority presents itself as neutral and even compassionate, and this guise prevents us from questioning the exercise of symbolic power, but when we see the paternal authorities obscene dimension, we begin to question its legitimacy. We see it as Holden himself saw it, as "phony."