Book Review: Perfume: The Story of a Murderer 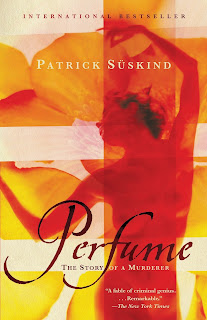 Perfume: The Story of a Murderer by Patrick Süskind
My rating: 4 of 5 stars

This book tells the story of Jean-Baptiste Grenouille, a physically and emotionally abused orphan whose supernatural sense of smell guides him in a perverse search for the lost origin of his own identity.
Grenouille himself lacks any personal scent, signifying an absence of an individual identity. But it is not only his supernatural sense of smell that is the focus of Grenouille's life, but the idea that a persons scent is integral to their very humanity.
While on his mission to create a scent of his own, he desired to create a perfume so sweet smelling that it gives the person wearing it complete control over the emotions of the people around him. The olfactory sense having direct connections to the two brain areas that are most strongly implicated in emotion and memory. This may be why olfaction, more than any other sense, is so successful at triggering emotions and memories. But as powerful as scent is, it is also terribly fleeting. It’s transitory. It vanishes. It does not last. Much like human beings themselves.
Grenouille essentially comes of age and becomes the “god” he dreamt of becoming at the expense of, and thanks to, the 25 virginal girls he murders. However, this acquisition of power comes at a price to Grenouille as well as to the families of the girls, as Grenouille finds his misanthropy is still far too intense for him to enjoy his power. Rather than enslave the world, Grenouille opts to take himself out of it. And with a profound sense of disgust he went back to Paris, doused himself with his newly created perfume while among his ‘low-life’ brethren and then and there met his demise. His scent making him so desirable that they literally devoured him body and soul.
Self-discovery ultimately lead him to self destruction after he learned what we all inevitably must, that the release from the wounds of childhood is a task never completed, not even on the point of death.