Book Review: The Call of the Wild 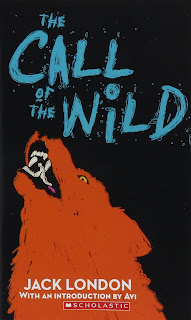 The Call of the Wild by Jack London
My rating: 3 of 5 stars

The thought of Friedrich Nietzsche underlies much of the 20th century’s analysis of power. Nietzsche disseminated ideas on the "will to power," which he saw as the domination of other humans as much as the exercise of control over one's environment and The Call of the Wild reflects London’s admiration for the works of this once obscure nineteenth century German philosopher. In the North, might makes right.
The setting of London’s novel is allegorical in the sense that the southern lands represent the soft, materialistic world; while the northern lands symbolize a world beyond civilization one that is inherently competitive in nature.
Buck learns that in this world he must either master or be mastered. He comes to understand that power is truly the power over life and death and that if you have power, you must exert it in order to survive. The very appearance of power must lead to the assertion of power. The only other option is death. In light of this view of power, London suggests that a wild, natural existence is not as free as the reader might imagine. The natural world is dominated by rules and codes just as the civilized world is.
Donald Pizer wrote in Jack London: The Problem of Form, Studies in the Literary Imagination, that: "the strong, the shrewd, and the cunning shall prevail when ... life is bestial.”
But man's will "to master” nature stifled Buck's own innate drive to dominate. While Buck masters other dogs, man masters him. Buck is not able to fully assert his mastery until he flagrantly defies the law of club and fang by attacking the Yeehats. In doing so, Buck willfully overturns man's dominance over dog, but also gains autonomy over himself. Free from man's mastery, he is able to roam nature freely as the leader of a wild wolf pack. Buck not only mastered the ways of the wild but also his own fate and after the death of his friend John Thornton Buck finally answers the call of the wild and willfully takes up the life of his ancestors.