Book Review: 12 Rules for Life: An Antidote to Chaos 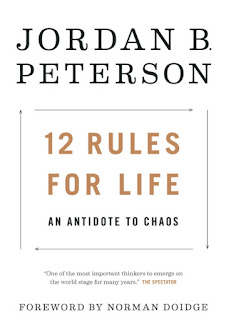 12 Rules for Life: An Antidote to Chaos by Jordan B. Peterson
My rating: 4 of 5 stars