A Short Primer on Gossip in the Workplace 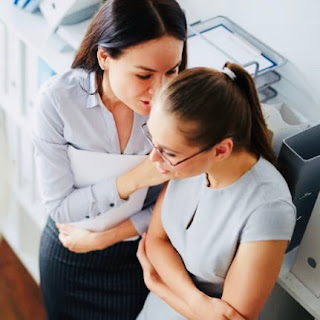 It is not now, nor has it ever been the case, a bad idea to listen to gossip. Quite the contrary actually, in fact all gossip is worth listening to if you can determine its source.
Generally it's easy to determine where gossip originates, you just need to pay attention to who gave you the information. By observing who talks to whom, on coffee breaks, at lunch, or even who commutes together, you can easily map the system. Doing this will allow you to determine how the information was acquired and judge how it may have been distorted as it passed along different channels. If you can’t determine the geography of the system however, then all gossip becomes meaningless.
It’s also worth bearing in mind that since most organizations lack any sort of official espionage system most successful organizations must therefore rely on these informal channels to find out what those on the bottom are up to. Gossip serves this function perfectly. As a matter of fact a lot of the time gossip is a means by which those at the top use to disseminate information in order to gauge the reaction to any new proposals, be it raises, layoffs, personnel changes, or the feasibility of a plan of action before it roles out. Not so much because they need or want the support of those below them but because they generally aren't always sure what to do and are in no position to solicit advice from their subordinates, since that would undermine their own authority. This gives management an excellent technique to employ in order to save face. It can also be used to deliberately leak information to soften the blow of bad news. Making the eventual announcement less painful. For example let's say there's a rumor that there will be no Christmas bonuses this year unlike the previous year which amounted to $500, this is the leak. Now management lets their employees stew for about a week or two and then when it finally comes time to have their one on one personal exchanges with each employee they announce that a $200 Christmas bonus will be handed out this year, which was their intention all along. Employees will easily accept this “new” bonus and will even be made to feel grateful at having been offered such a generous contribution after having assumed that they would receive nothing. This technique is a great way to get your employees to accept a lesser amount without argument or ill will. Understand, good news is almost always kept secret until the very last minute because senior officers naturally enjoy announcing it.
In much the same way, this informal system can be used to warn someone that they’re going to be fired in order to facilitate the task of the executive who has to do the firing, and it also serves as a means of warning people whose performance may be unsatisfactory.
Furthermore, gossip can even be a mechanism for influence, making gossip a functional tool for low power people because it allows them to gather information they otherwise would not have had access to.
Gossip also serves to make undesirable behavior difficult to hide from others and allows people to observe what consequences different behaviors may have in an organization, without experiencing everything first-hand. For instance, let’s say you start a new job. You’re getting to know your co-workers, sizing them up, learning everyone’s roles and positions at the company. You’re figuring out who you jive with, who you may butt heads with, who the office clown is, but then a co-worker makes a comment to you, outside the presence of other employees, about one of your other co-workers. This is as much of a test as anything. You’re co-worker is wanting to see how you will respond. To see if you know how to handle yourself in this type of situation. In other words, to see if you can be trusted, but also, and most importantly, to check that this informal system is still working.
As you can see gossip can be a very multifaceted tool, which can be employed to establish the unspoken rules of the workplace or even as a way for employees who lack power in an organization to gain informal influence over their peers. Which is why it is so useful, and also why it is so wide spread.
It should be noted however, that anyone interested in advancing within an organization must acknowledge the existence of this system of alternative management. Realizing that this system is both stronger and more effective than traditional forms of management would lead you to believe, as anyone who has ever worked in an office environment will be able to attest to.
In short, once you know the sources of gossip, and how it functions within an organization, you will be in a sensational position that will allow you to predict the actions of upper management as well as the maneuverings of your fellow peers, which is a very good position to be in.