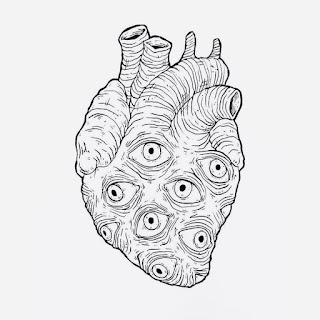 The change was gradual.
At first he didn’t want to believe it. But now he was unrecognizable even to himself.
He had what appeared to be a fungal network of hives growing just underneath the skin and his body had become amorphous, almost translucent.
Already his vision was beginning to blur. He could barely make out the shape of his own daughter as she stood before him.
He could feel his mind beginning to go as well. He was having trouble remembering things. At odd times he would become aware of being in a room he didn't know how he got into or why. Large chunks of time would even go missing altogether.
His daughter had been supportive in the beginning but she also knew that before long he couldn't be trusted. He wouldn’t even know her. He would only know hunger. He would be left with only the most basic of instincts. Survival would be all that mattered then.
He too knew that eventually he would become a danger to her. He knew he would be a creature that would only wish to consume that which is smaller than itself.
And then one day it happened.
Her father was gone.
At the time she couldn't have known the danger she was in as she entered her fathers room to help him greet the day as she had done so many mornings before. But there she found him slithering up the wall near the window.
"Dad?" She whispered.
Suddenly, as if based on sound alone, it noticed her in the room and came after her before she had time to articulate a response.
It wrapped itself around her like folded paper and began to digest what was contained between its folds.
Soon she would become nothing but a green pool of liquid spilled out onto the floor of her fathers bedroom. Sooner still, would what remained of her father, make its way out into the world.
Labels: Short Stories