Book Review: Blue Collar Intellectuals: When the Enlightened and the Everyman Elevated America 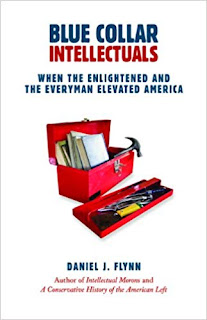 Blue Collar Intellectuals: When the Enlightened and the Everyman Elevated America by Daniel J. Flynn
My rating: 4 of 5 stars