The Body of Shirley Ann Sexton 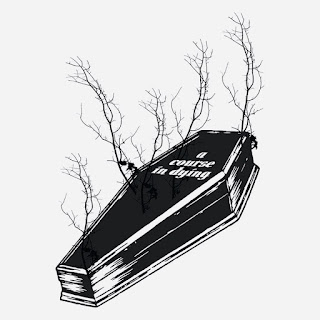 She was no longer a person.
She was death. Staring back at me from a hospital bed.
The death of my Aunt was my first experience with death and dying, it was also one of my first experiences with cancer, which, as it turns out, ended up playing a recurring role in a number of deaths in my family.
I can’t recall my age at the time of her death or really anything else about my Aunt, but I will never forget walking into that room and seeing her reduced to flesh stretched across white bone, completely hairless, and yet so happy to see me.
She was living back with her parent’s at the end and hospice had her setup in the living room. She was married to my Uncle, my Dad’s brother, and I guess her father had wanted her to be home at the end, I’m not sure. Perhaps my Uncle was either incapable or even unwilling to care for her. My Uncle, I had always assumed, had by that time moved on anyway, their lives diverging. Hers toward oblivion and his towards a life without her.
I can never forgive people who choose to move on. Even if it’s at the bequest of the dying. I have always found the notion that one should simply move on with their lives after they have suffered through the loss of a loved one silly, but it also appears as if it is inevitable. Time unfortunately does heal all wounds. So it becomes a constant battle to maintain the memory of the value of what you lost. Which is why mourning is active. Grief comes later and if your lucky, never at all. Grief is ultimately all we are left with.
I am told that she used to babysit me every chance she could. I am told that she loved me very much. I am told that she had wanted children of her own but those plans had been halted by a capricious evolutionary process. A process that cares little for the wants and wishes of its hosts.
But I will always remember her smile as we entered her room that final time, the last time I would see her alive.
Actually that same smile would later go on to shatter my understanding of the natural world all together and she passed not much longer after that visit.
At her funeral I remember listening to the ridiculous things people say about the recently deceased.
“She looks good.”
“She’s not in pain anymore.”
Or my personal favorite,
“She’s in a better place now.”
At the time I didn’t understand what place that even meant and even now that I do I still can’t think of it as a better place. And I doubt anyone else really does either, otherwise funerals would be a celebratory event instead of a somber one.
During her viewing she seemed unreal to me. The whole experience seemed unreal. How could someone who was once alive now be dead? I couldn’t wrap my head around it. I refused to believe that what was presented to me in this casket had ever been alive. She looked to me as if she were a doll. A plaster cast of someone I once knew. They even had her dressed in a wig on account of the chemo, in a fruitless attempt to present her here as she was in life, even though now no life existed within her.
Embalming, if you think about it, is really a cruel joke in my opinion. I don’t know which is worse, to have your loved one bloated and decomposing or to have them looking as if they could just be shaken out of a deep sleep. At least if they were rotting you could believe that they were dead. The embalmers job is to enhance the ‘memory picture’, which is a psychologically dubious concept to begin with, supposedly compromising the bereaved’s last glimpse of the deceased. But in reality it’s just a callous trick.
So there she laid. A corpse. Displayed in a funeral parlor for all to see. Anyone off the street could have walked in, and people, family and friends, were mingling and conversing with one another as of it wasn’t there. People so determined to avoid any inappropriate response, whether it be tears, anger, or even helpless laughter that they would talk about anything to avoid the reality of this room, the reality that would soon be a burden, something akin to trash that would need to be disposed of before it started to stink.
And yet, her appearance, before the funeral, while in the process of dying, is now the face that I will forever attach to any abstract idea I have of death. Her face is now what I picture when I imagine death on a pale horse riding toward Armageddon. The memory of her body while alive, poised on the eve of a great journey, has made a lifelong impression.
Her death has actually come to mean more to me than any other, not because I was particularly close to her, I was very young at the time, but because it showed me that death is always present, embedded in every moment. Her death taught me about man’s fruitless attempt to find meaning in a world where no meaning exists.
But why was she smiling, I have always wondered. How could she possibly be smiling knowing that nothing may very well lay ahead of her? It’s a courage or stupidity that I will one day come to know.
My god, why was she smiling?
I still wonder.

*originally published at As It Ought To Be Magazine*
Labels: Essays