In Conversation with Colin Mcginn 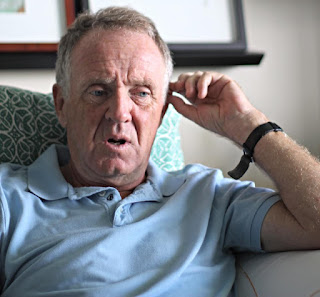 Colin McGinn is an internationally acclaimed philosopher and teacher. He was educated at Manchester University (Psychology, BA and MA, 1972) and Oxford University (Philosophy, B Phil, 1974), and went on to teach philosophy at University College London, Oxford University, UCLA, Princeton, and Rutgers. McGinn is best known for his work in the philosophy of mind, and in particular for what is known as new mysterianism, the idea that the human mind is not equipped to solve the problem of consciousness. He is the author of over 20 books on this and other areas of philosophy, including The Character of Mind (1982), The Problem of Consciousness (1991), Consciousness and Its Objects (2004), and The Meaning of Disgust (2011). I recently finished his memoir The Making of a Philosopher (2003) and I am very honored to have been granted an interview with him which you can view below.

You can follow Mcginn’s work by subscribing to his blog: http://www.colinmcginn.net/
Interviews