A Gift and it's Discontents 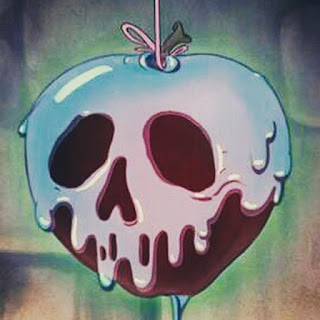 The response I invariably give to the question, “What would you like for your birthday, Christmas, etc.?” is, “Nothing.”
People naturally assume that I’m just being modest, or at worst humble, and insist on getting me something anyway and of course it’s generally something that I couldn’t possibly want any less, something that even the most die-hard pack rat would look at and say, “Throw that out!”
And then they always ask me that most pretentious of questions, "Do you like it?” And I'm forced to say yes while a smug smile spreads across their face and I struggle to keep from choking on my own disappointment while simultaneously hoping that this piece of shit came from a retail store nearby and can be exchanged just as carelessly as it was purchased. Believe it or not there are some assholes out there that will go to such extremes that they'll do whatever it takes to prevent you from returning their gift. God help you if they happened to have made it themselves.
“But it’s the thought that counts.”
Really? How much thought could possibly go into a set of dish towels? My guess is practically none.
“Whose name did we draw this year honey?”
“Johnny’s “
“Ok here, lets get him this, so long as he has something to open.”
Who hasn’t had this conversation before? Anyone who has ever drawn names at the office or has forgotten someone on their shopping list. It’s the thought that counts? Come on, even if this were true nobody believes it.
When you give someone a gift you are essentially attempting to evoke a response from the givee preferably a favorable one. But why do we want this? Is it because we want to make someone happy? It ultimately doesn’t matter; your interest in giving the gift will always remain self-serving since all purposeful actions benefits the self by the mere fact of the self-wanting to do them. Not to mention the phenomenon of me-gifting. Besides giving someone a gift they didn't want or ask for and then saying it’s the thought that counts is like a plastic surgeon, since your already under, adding an extra nose to your face because he thought you might like it and then expecting you to be grateful about it. What kind of bullshit is this? Not only does it obligate me to return the favor but I must now be grateful at having been made to do you a favor.
You know what "gift" in German means? Poison. We're all being slowly poisoned to death by people with supposedly good intentions. Leave it to the Germans to know a bad idea when they see one, except Nazism, they really dropped the ball on that one.
The only kind of gift anyone truly wants are the expensive gifts, and thats only because expensive gifts have no sentiments attached to them, which is what makes them desirable in the first place. It relieves us of the burden of having to get close to each other, allowing us to keep our distance while we engage in this consumer fueled emasculating barter system we call "gifting.’’
Labels: Articles