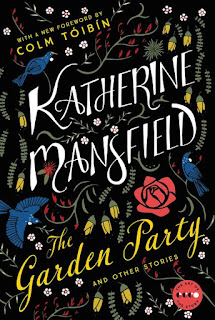 Miss Mansfield does not write what one usually thinks of as a “short story.” She is interested in people, not plots, in the substance and color of life, not the chess patterns that can be made with it. Her impressive ability to extract the beauty and vitality from whatever subject, no matter how mundane or difficult it might be, is not only greatly appreciated, but is revealed in full magnificence in her story, The Garden Party.
As the title suggests, The Garden Party centers around an annual party held by the Sheridan family at their home. The Sheridans are a well-off upper-middle-class family, made evident by the very idea of a ‘garden party.’ One of the Sheridan children, Laura, a young woman on the cusp of adulthood, is looking forward to the party and is keen to become involved in its preparations. But, while the Sheridans are preparing for their party, news arrives that a working-class man who lives in the poorer part of the village has been tragically killed when his horse reared up and threw him from his cart. Laura, filled with sympathy for the dead man and his family, pleads with her mother and siblings to cancel their party in light of the tragedy. How can they hold a party, with music and guests and laughter, when a family nearby is in mourning for the death of their husband and father? Laura finds, however, that the rest of her family are not as sympathetic as she: they assume the man was drunk, revealing their class prejudice, and that those types of people don’t expect sacrifices from the likes of them. Laura gives up trying to persuade her family to cancel the party, and retires to her bedroom to get ready before the guests start to arrive. Here she catches sight of herself in the mirror, all dressed up, wearing an elegant and fashionable black hat, with a decorative gold pin, and decides that maybe her mother was right and it would be silly and wrong to cancel the party. She decides to attend the party, and return to thinking about the recent tragedy only afterwards.
The party itself is treated in the space of just a few short paragraphs and after the guests have left, Mrs. Sheridan, suggests that Laura should take the leftover food from the party to the family of the man who has died. Laura does so, and finds the poor family grieving, with the dead man laid out in one of the rooms. She is encouraged to go in and see him and when she does she is overcome with an odd feeling, not of sadness, or of despair, but of happiness. Joy. Release. Contentment. She leaves the house, finding that her brother Laurie has been sent to look after her. And as they walk back home together, Laura tries to put into words how she feels. She cries, but whether they are tears of joy or sadness remains unstated. The story finally ends with Laura attempting to convey to her brother how she feels about life, but finds she cannot think of the words.
Clearly, the story Mansfield tells us is ultimately a story about failure. Unlike the others, Laura sees the situation as it is, she recognizes the injustice and the need to react, but in the end she is unwilling to accept the consequences. In the end she's more deplorable than any of the rest because she had the faculties but lacked the integrity to use them. And instead we witness her betray what was her innermost and honest, unspoiled nature.
But the beginning of the story seems to speak of something else; of an awakening and hope, of change and choices, where Laura's youth and character stand out so beautifully. There's something thoroughly offensive in her family's response: they can't call off a social occasion every time "a drunken workman" happens to die; we are made to sympathize with Laura's doubts and her reluctance to conform, gently seduced to take her side against the families staid social conventions. And when she surrenders in the end we feel the blow of that defeat.
Admittedly, this story offers us many things. It offers us a critique of the class system, a story of initiation into the adult world of sex and death, an amusing examination of family dynamics, and it offers us a touching portrait of a child struggling to establish herself as an independent entity in the face of nearly overwhelming parental influence. But once we juxtapose these competing perceptions, we begin to apprehend something a little more abysmal. That sooner or later we all escape into the comfort of the customs in which we we’ve been bred. Allowing all the “garden parties” that are yet to come, to take place. If they do or if they don't, it makes no difference. People will suffer as before, but the trick you must master, as Mrs. Sheridan might have put it, is to somehow learn to ignore them.