My Life as a Writer: Exclusive Interview with Chad Lewis, author of the soon to be published, Sylvia 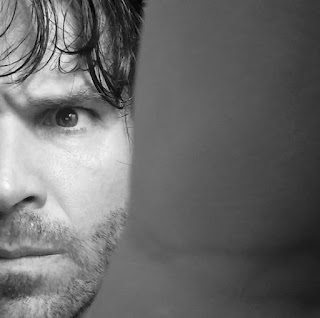 What has been your favorite book published in the past twelve months?

Stranger Things: Darkness On The Edge Of Town, by Adam Christopher.

What subject have you found it most challenging to write about?

Redemption, without a doubt.

I would have to say Clive Barker. I believe he is often over shadowed by Stephen King in most reader's eyes. I really do not know why. His words are pure genius.

What’s the best advice you’ve ever received as a writer?

To what extent, in your view, is writing a political act?

I believe we have the ability to sway people's hearts and minds through the power of fiction. We can if enough of us try, guide people one way or another through the souls we create in our stories. We can encourage them to make better choices. To make a stand where normally they may have not. They find something in what we create to stir up or motivate a voice within themselves that lay silent for too long.

Do you have any writing tics?

None that I can think of.

What is the first thing you ever wrote?

A short story called "Ensivian" about a man who kills fourteen girls under the guidance of a deceased relative who turns out to be a reaper looking for revenge.

How, in your opinion, should we measure a book’s success?

Positive feedback. I would rather see a great review versus selling a lot of copies, but that could just be me, I'm fucking weird.

Where did you grow up? How did this place influence your writing style?

I grew up in West Memphis, Arkansas and there was a murder there when I was younger involving three little boys. The whole thing turned into quite the witch hunt and even now they still don't know who did it.

About three years ago I tried to kill myself but the gun jammed. The next morning I started writing down everything that was inside of me. A year ago I decide to pursue it for a living ( we will see how all of that works) either way I'll keep writing and publishing.

What were some of your favorite narratives (books, movies, tv, etc) growing up?

Cujo: Stephen King, Congo: Michael Crichton, and anything by Poe/Plath.

Do world events ever offer any inspiration?

Sometimes, yes. The tragedy of it all seeps in once in a while and it is always the victims that I pity.

Once you have an idea, how do you approach the writing process?

Without fear or restraint.

Do you have a daily writing routine, or do you await the muse’s song?

I write a thousand words a day in the morning Monday through Friday. Saturday and Sunday I take off. It's the ghosts that get you man.

After completing a manuscript, do you give yourself time to recoup or do you just jump into the next narrative?

My current manuscript, "Sylvia", is almost done. When I finish it, I will lock it away for a month before coming back.

A good one depending upon your view of good. I think given the right ingredients, a book can conjure and awaken the reader to a quest all their own where the answers are not what they were ever expecting.

Chad Lewis is a horror writer out of Tulsa, Oklahoma where he lives with his wife and their children. He is also an avid reader of sci-fi, horror, and DC comics, and credits his love for writing to his mother who gave him his first graphic novel, “The killing joke.”