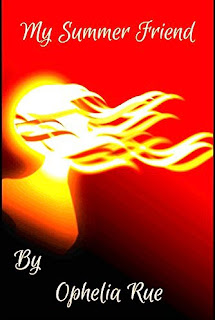 My Summer Friend by Ophelia Rue
My rating: 3 of 5 stars

When Holden Caulfield said that “people are always ruining things for you,” it wasn’t just the rant of some disaffected youth. It was an accurate assessment of certain parts of our world. Too often characterized as a tale of immaturity, immorality, or even juvenile angst, The Catcher in the Rye is really a portrait of a young man who struggles to make sense of his life and understand the role of compassion and human agency in the midst of a Kafkaesque nightmare.
But, not everyone outgrows Holden’s attitude, and they shouldn’t, because it’s a fairly useful attitude to have. Many of society’s goals and values are phony. Instead of providing us with great insights and revelations, our early years simply leave many of us uninspired and empty.
We learn that we can never connect with someone without there being some sort of pretense. If our lives were lived unmediated, we would kill ourselves almost immediately. Life, being so god-fucking awful that we must distract ourselves continuously from its horrors. And My Summer Friend, is as close to a contemporary retelling of Salinger’s book that I’ve come across in sometime.
The book follows Edward Grey, who’s life was a revolving door of one night stands until he inherited his childhood home shortly after his grandparent's death. As summer arrives, he moves in, reliving his past as a quiet, shy, loner by day and obsessively watching for his childhood crush Elise, by night. The fragile shell of his identity begins to crack however, after Elise doesn't recognize him during a chance encounter and she ends up falling in love with the caricature he has invented for himself. As he becomes entangled in his own complex web of lies, a small metal box abandoned in his grandparents garage long ago, waits to be discovered. But the secret it contains will change everything.
However, the format of this book is a bit strange, if not altogether irritating. The pictures appear to be not only randomly placed but, random altogether. Couple this with it’s innumerable grammatical errors and I almost didn’t even bother to finish it. But in the end I’m glad I did. Because whenever a book is well-written, fun, and seeks to engage with human emotion and longing, looking past clichés and grammatical oversights becomes much easier. Not only that but this is clearly the work of a writer with enormous potential. And if the authors skills can be further developed, the world can not help but take notice.
And I must say, that after reading this book and feeling that morphine drip of nostalgia that accompanies points of departure in youth, I decided to read Catcher again in search of my old friend Holden. But by now, Holden’s appeal has worn off. It was like bumping into an old crush and realizing that everything you ever liked about them was a projection. After I turned the last page I thought, “What did I ever see in this guy?” But as with most things in life, reading Catcher is all about timing.
Which is why I wouldn’t really recommend My Summer Friend, to anyone under the age of eighteen. Not out of some misplaced Victorian idealism, but because I believe you need to experience life first to even properly understand it. You have to let the world wash over you, then read it. Then you might see Grey, and Holden, for who they really are. Not as stand-ins for every asshole that ever walked the Earth, but as two lonely individuals who find the injustices of the world intolerable.