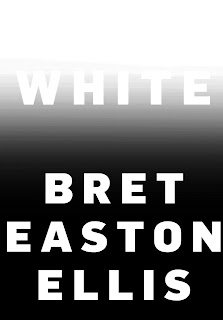 White by Bret Easton Ellis
My rating: 3 of 5 stars

Mention “millennial” to anyone over 40 and the word “entitlement” will immediately be thrown back at you within seconds. Ellis refers to millennials as Generation Wuss, which sounds a little like something your boomer Uncle made up, but this is just what it feels like to be young now. “Not only are we screwed,” as Michael Hobbes has written, “we have to listen to lectures about our laziness and our participation trophies from the people who screwed us.”
White, originally titled, White Privileged Male, is a provocative commentary on the changes in society that Ellis has observed and also laments. He makes a few gestures at the memoir genre: passages about his childhood as a rich, unsupervised white kid growing up in Sherman Oaks, where he developed a taste for gruesome horror flicks; the surprise success of his debut novel, Less Than Zero, which he started writing when he was still a teenager and saw published while a junior at Bennington; the cocaine-hazed Manhattan where Ellis, a member of the literary Brat Pack, wrote American Psycho between benders in the late ‘80s. These sections, I refuse to call them essays or chapters, are serviceable and are of mild interest to fans who might wish to know what went wrong with the film adaptation of Less Than Zero, or simply how it might feel to do a lot of cocaine.
What Ellis is essentially arguing for, is our right to admit to our own selfishness, our own bitterness, and our questionable longings. He’s arguing for irony as an antidote to the outrage machine that keeps many of us in a perpetual anti-intellectual tizzy. As a way of achieving what he seems to oxymoronically idealize as a form of empathetic detachment.
But what Ellis seems to have wanted to accomplish more than anything else with White, was to browbeat, good liberal west coast Democrats, who are still hysterically upset about Donald Trump’s election. The Left cannot help but to continue to act like horrified schoolteachers, lecturing us about a very, very bad man; that nobody should play with. It’s a childish fascism really, but fascism nevertheless.
And he’s right. A self-righteous moral superiority has destroyed a faction of the Left. A desire to remain a child forever, is the defining aspect in American life now. The reactions to harsh economic realities have caused young people to want to retreat into a world where that harshness is hidden; safe spaces are a surrogate mother. It’s a symptom of economic insecurity and precariousness. Identity politics has become a discourse where what can be said is only what should be said – a tyranny that reduces the complicated contradictory human being to a “virtuous robot.”
But I also think Ellis, and other commentators like him, miss a very important point about the Lefts hatred of Donald Trump. Because I’ve become convinced that this seething hatred is symptomatic. It’s really apropos of an omnipresent hatred of the lower classes, in particular the working class.
Trump is essentially what happens when someone from the working class wins the lottery. Trump even speaks like he’s from the working class. Preferring to communicate through “rough” or “offensive” language at times. His off the cuff remark, “Grab them by the pussy,’’ for example, is constantly brought up as a sure sign of, not only his misogyny, but his ultimate lack of sophistication.
And yet, if you take a walk through any impoverished neighborhood, you will hear the word “pussy” a lot. A lot. It’s just how some people talk. “Suck my dick," a man will say jauntily to his friends. Or angrily to his friends. Or randomly to some women passing on the street. “Fucking pussy” is a popular phrase too, as in “you’re a or "I need some.” Street talk isn’t something that poor Americans came up with magically a year after the Pilgrims landed. It’s a product of environments in which everyone’s always posturing just a bit, just in case. Being poor, in the country especially, requires a bit of toughness. Out of necessity poor people walk around being just a bit rough and tumble, a bit sharp-edged. Our neighborhoods don’t have a place for weakness in it and it makes us hard like warriors. A lot of the time it means absolutely nothing. But I’ve come to believe that it’s the reason most people hate the way Donald Trump speaks. He speaks the language of the working class.
While White was Ellis’s first essay collection, and appears to have been written solely as a way to trap anyone who dislikes it, the truth of the matter is that, White, isn’t likely to trap or trigger anyone. There’s nothing challenging about the rather banal opinions he expresses. For me the book’s only value comes when he delves into film criticism, where he actually does offer some insight. It makes one regret that he gave up writing novels in favor of podcasting, writing screenplays, and, according to Ellis, getting into arguments with rich liberals at dinner parties. So reading this book as anything other than a sustained wail into some aging Gen-X created, nihilistic void, is a wasted effort.
However, does this mean that Ellis is an arrogant little twit with no self-awareness about his lack of knowledge of the subjects he covers, or that his novels are worthless? Or even that he’s a racist? Of course not, but I will say that the idea that artistry lies in being able to express insights one doesn’t hold personally is, unfortunately, on the verge of disappearing from American cultural life.