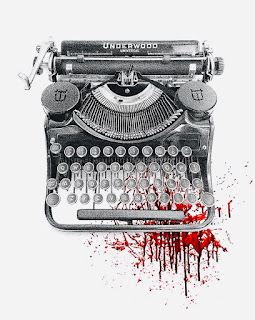 When I was in the first grade I decided I wanted to be a writer. But, as I grew older I was repeatedly told that writing was an okay hobby, but not something worth pursuing on its own. Yet the more books I read and the more stories I wrote, the desire to write became an ever increasing part of who I was. Books had broadened my world, during those early years especially. Made it seem bigger than the one I’d been brought into, and I wanted more. Wanted to be something more. Books were a constant source of inspiration. And as far as I could tell, the books I read and the discussions I had about them, were the only things that were really going to affect my life in any meaningful way.
Reading, however, wasn’t just an attempt to educate myself. It was my chief escape from a world that, although gorgeous in landscape and rich with mountain culture, didn’t provide what I needed. What I needed was the promise of adventure, a life beyond the perimeter of the hills that surrounded me, protected me, but also, in a way, imprisoned me. And so books, in particular fiction, gave me a second chance at the things that life denied me. And it's one of the only ways in which I have been able to retain hope.
Books have kept me alive. And books are probably one of the only reasons I didn’t end up in the coal mines along with everyone else. It’s also, unfortunately, probably one of the main reasons that I’ve only ever managed to find precarious employment.
Nevertheless, I have now spent countless hours with books, thinking about what I read, and writing about those ideas. It was a former English teacher who stressed the importance of this type of exploration, that not only was it essential for me as a reader and writer, but also as a person who would one day become an adult.
But, to be a writer, I soon discovered, was more of a condition, than a profession. “Writing requires vulnerability.” Which is true enough. You have to turn off your self-preservation instincts. Take off your skin and dance, bleeding and screaming, with your worst nightmares while your angels and demons watch all the while laughing at you. Truthfully however, I don’t really believe that I’m that much of a writer. What I may be, above everything else, is a bulldog of an editor. But, almost every writer I know hates their own writing, or probably should.
And so, even though the words wouldn’t come at first, I’ve always known what I wanted and what I had to do to get it. I wrote hour after hour, word after word, everyday. I had no idea what I was doing, but I stumbled along, dragging myself through an entanglement of words and ideas until I found a voice, any voice, my voice.
I spent long nights, evenings, and weekends soaked with words and letters dazzling the pages of my scattered notebooks and the numerous books and collections I read and reread. I created and observed, and finally, came into my own, I believe, in the craft of writing.
And yet, there have been countless rejections and many poignant nights of wondering, why even bother? There were times when I lost all motivation to write. At one point, in an effort to bolster my resolve, I remember someone saying to me, “Maybe God made you a writer for people who aren’t born yet.” I don’t believe in God. But, this has been one of the most sententious things anyone has ever said to me. It’s given me more hope than they’ll probably know. It’s given me a sense of responsibility. Almost a sort of purpose. Writing began to feel like I was living up to something somehow.
At any rate, my earlier life has now been followed by an adult life that has been almost entirely consumed with reading and writing. What was once only a hobby, has now become a vocation of sorts. As I have, by some means, actually managed to become a writer. A borderline addict, broke, destructive, occasionally quasi-adultish, and someone who believed that writing was at least partially to blame for causing their life to fall apart but also that it was probably the only thing that might redeem it in the end.
Although, if I were to be completely honest however, writing is really an attempt to prove that I exist. I had a compliment-starved sort of childhood. My parents were never the type to coddle me. Everything I did or created was always met with a sort of dismissiveness. As a consequence I developed a general sort of anxiety. Which is where the name for this blog actually comes from. As a result, writing for me has become almost an act of self-creation. I’m attempting to rewrite my own history, forging a new identity. One I can be proud of. Maybe even one other people can be proud of. But, and I say this without any equivocation, if it wasn’t for writing I would either be doing drugs or I would have killed myself by now. I’m still open to the possibility of both.
Labels: Essays