My Reading Life: with Jordan Page 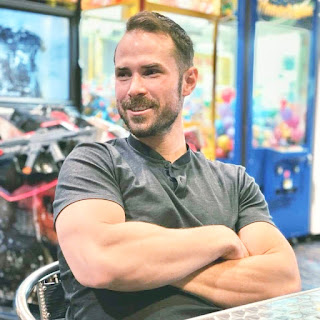 The Stand is one of the first novels I’d ever read. In fact, it was a gateway into other books. I’d always wanted to be a writer, but I had two false, misguided ideas about reading: a) that all books were boring and uninspired, and b) because all books were boring and uninspired, I could become a good writer without being a “reader” (which I know now is so wrong on many different levels: you must read if you want to write). The Stand was the first book that made me realize books can be about something, but can also have fantastical elements. It made me become a passionate reader and, by default, a better writer.

Stephen King has written many of my favorite novels. But he has also written a very, very small handful of my least favorite novels. End of Watch very well might be my least favorite novel. Stephen King fans are very loyal and will accept just about anything, but I think my writing background (and me being a bit of a critic in general) disallowed me to overlook glaringly obnoxious character logic, unnecessary political commentary (in fact, there was a subplot in End of Watch that did nothing for the story; it was just King’s way of putting his two cents in on a heated, flavor-of-the-month political trend), and ridiculous dialogue.

I’m not sure if this qualifies as an “anecdote,” but I will almost always prefer a flat, uninteresting character with a crystal clear, plausible motive and driving force, over a cartoonishly quick-witted, smooth-talking, charismatic character regardless if the motive is good or bad. I prefer realism over an exciting character. Always.

My dad only read Christian books, my mom only read “real life books” (as she called them), and my siblings only read Harry Potter (even at a young age, my interest was always into subject material way beyond my years or intellectual capacity, so I thought HP was too juvenile—but how wrong I was when I finally read the series at twenty-two years old). So I didn’t really know what to read. Therefore I didn’t read. It wasn’t till I read I Am Legend by Richard Matheson that I really started to take reading seriously. When I finally read The Stand—well, as Bill Paxton said in Aliens, “Game over, man.”

This year I’m planning on reading the thirty Stephen King novels I haven’t read yet. But I might break it up by inserting novels from other authors. One book I’m particularly interested in is Jeff VanderMeer’s Dead Astronauts. For all the reasons people didn’t like the Southern Reach trilogy and Borne is the exact same reason why I love his books. I love weird. And he does weird very well.

Thomas Ligotti’s Songs of a Dead Dreamer and Grimscribe. It was perhaps the greatest, most unexpectedly original reading experience I’ve had in years. It’s unlike anything out there.

Jeff VanderMeer’s Southern Reach trilogy, but specifically the second entry in the series, Authority. Its off-beat humor (and horror) and uniqueness as a sequel is apparently off-putting to readers, but I find it refreshing.

It might be stubbornness, but I have yet to give an author I didn’t like a second chance. There are way too many books to read.

Thomas Ligotti’s The Conspiracy Against the Human Race Race. But in a bad way. A terrible way. I had to go to therapy (kid you not; no exaggeration) because of it. It laid psychological eggs in my brain. The philosophy in the book is not compatible with how I view life.

I always try to read more on holidays (and I try to read books appropriate for the holiday), but I never do.

Clark Ashton Smith is the greatest writer I’ve ever read. I’m not saying he’s my favorite, only that—in my opinion—he is literally the best writer. Everything about his writing—from his prose to his unique choices of words to his sentence structure to his story structure—is truly breathtaking. If McCarthy wrote science fiction and fantasy, it might be comparable to Smith.

Hands-down, Brandon Sanderson. I don’t understand the buzz surrounding him. He writes cliche characters and he focuses too much on world-building and not enough on effective storytelling. His characters are also too perfect. They always have quick, witty comebacks. It’s annoying.

I wish. Maybe I would have read a book before I was twenty years old if they had.

The Dark Tower series is always my go-to. Not only is it one of the greatest fantasy series of all time, it also urges you to read King’s other books—like The Stand and It.

Gandalf. Because he knows how to be a companion, knows the right encouraging words to say, he’s never arrogant or self-centered, and he knows to leave before he outstays his welcome.

In theory, I’d like to buy my books at bookstores. But, come on—Amazon is half the price. I’m not made out of money. As long as the writer makes his or her money, that’s all I care about.

A book (or rather, written words—whether poetry, fiction, nonfiction, personal journals, etc.) is the closest thing humans have to actually being able to enter the minds of others. It allows for deep, personal connection.

Jordan Page is an aspiring horror writer from the Midwest who has been crafting stories in one form or another for most of his life, originally attending school for filmmaking. You can follow his exploration of the macabre on Instagram
Interviews