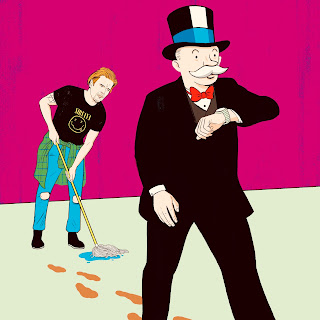 Baby Boomers are the most privileged and best-educated children of the, so-called, Greatest Generation and have enjoyed the almost limitless economic prosperity of postwar America.
But, it is also a generation that is solely dominated by feelings. The irony is that Boomers repeatedly criticize Millennials for this, for being too driven by feelings. But Boomers are the first big feelings generation. They’re highly motivated by feelings and are rarely, if ever, persuaded by facts. You can see this in most of their policy endorsements. I even recently had a rather odd experience, with an aging Boomer who unfriended me on Facebook. He even went through the trouble of telling me about his intentions beforehand. Which is the social media equivalent of telling me that I am no longer invited to his birthday party. It was all over a meme I had shared that called into question the intelligence of said Boomers and it must have hit home hard for him. But, in the very act of unfriending me, he sort of proved the memes point. Only the very stupid become offended over a joke.
Boomers are conventionally defined as people who were born between 1946 and 1964. However, I focus on the first two-thirds of Boomers because their experiences are pretty homogeneous: They were raised after the war and so have no real experience of trauma or the Great Depression or really any deprivation at all. More importantly, they never experienced the social solidarity that unfolded during war time and which helped to produce the New Deal.
By anyone’s measure, Boomers have been a miserable failure. At nearly every critical juncture, they have preferred the present to the future; they've put themselves ahead of their parents, ahead of their country, ahead of their children—ahead of our future. And they’re the reason that most of our problems have not been addressed in any meaningful way, because that would require higher taxes and therefore a sense of social obligation to fellow citizens. But again, Boomers seem to have no appreciation for social solidarity.
In a word, they're brainwashed. By whatever poisoned mainstream network news they happen to consume. They do not even realize how easy they are to manipulate. Their notions of global economics, geo-political problems, global warming, war, all of it, is based on a pre-internet view of the world. They have no concept of a connected world able to come together to solve a problem because most of them have never stepped foot outside of the US and they wouldn't know a decent Google search if Siri was screaming it at them.
However, the problem for my generation, is that the $20 trillion the Federal Government used to enrich the military industrial complex was supposed to be our social security, our infrastructure, our investment in education, our green technologies. And what do Boomers now say about our social security, now that they themselves are hitting the age to start cashing in? "We can have it, but there's not enough for you. Maybe you should live within your means.”
They also love to ridicule people, especially those who are out of work, calling them lazy and unmotivated. And instead value people who revere greed and step on others to climb to the top. They care more about what they can get from someone rather than what they can give to them. For years Boomers taught us that our resources were finite and that the Earth lacked abundance. But these were lies. Because the truth is that there are enough resources for every person on Earth to have a home and never have to go hungry. Our technology is advanced enough for us accomplish this. An environment of scarcity puts us into survival mode, fight or flight. We lash out at each other, harbor prejudice and become increasingly socially inept. And it is their society, the Boomer society, that incentivizes this game of Monopoly that never ends. Boomers calculate a humans worth by the dollars in their bank account rather than the neurons in their brain. Compassion doesn’t exist in their world, because someone has to lose for someone else to win. But not everyone gets to walk away with the same medal of participation. No one ever gets out of jail free and no one ever passes go. We all end up in the same place at the end of the game. In the world Boomers have created, dying equals freedom.
This pernicious Boomer ideology has to stop. Boomers must be unseated from Congress, from state legislatures, from the presidency, and from any other position of power and influence, and it needs to happen now. Then, we may be able to undo a little of the damage. But that will require a much higher tax rate and a degree of social solidarity that the country hasn’t seen in over 50 years. It will not be easy, and there’s no way around the fact that Millennials will have to sacrifice in ways that Boomers have refused to, but that’s where we are and these are the choices we face.
More than voting, however, millennials must also run for office. We need people in office with a different outlook, who see the world differently. We need people who care. Boomers do not care how the country will look in 30 or 40 years, but Millennials do, and so those are the people we need in power. People who operate from the guiding principle, that the single greatest sin a generation can commit, is the sin of selfishness.
Labels: Articles