The Immorality of the Billionaire Class 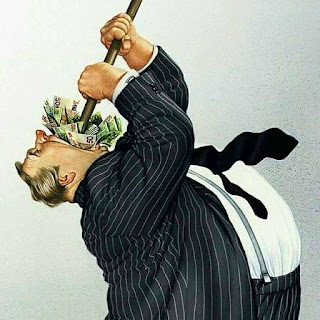 Imagine having a super power. The nature of which is the power to eradicate, all of human suffering. Whether it be hunger, disease, illness, or homelessness, all throughout the world. But, instead of choosing to exercise this power, you choose, everyday, not to.
Let us also imagine taking a walk down the street when you unexpectedly encounter a drowning infant. But, instead of intervening, saving the child’s life, you choose not to. Let us further imagine, that this same scenario plays itself out everyday, everyday with a different infant, and everyday you still choose not to intervene. Now, choosing not to intervene would in fact make you a monster, you might say. And I would agree. But, I ask, what is the difference between choosing, not to save these infant lives, and choosing not to eradicate poverty when you have the ability to do either?
This is not just some random hypothetical thought experiment, this is an everyday reality for the rich. Of course they could, not only alleviate, but eliminate, untold amounts of human suffering at very little expense to themselves. But, everyday they choose not to. And people want to say that Socialism is immoral?
This fundamental “inability to grasp the pathology of our oligarchic rulers”, writes Chris Hedges, “is one of our gravest faults. We have been blinded to the depravity of our ruling elite by the relentless propaganda of public relations firms that work on behalf of corporations and the rich. Compliant politicians, clueless entertainers and our vapid, corporate-funded popular culture, which holds up the rich as leaders to emulate and assures us that through diligence and hard work we can join them, keep us from seeing the truth.” That billionaires can only be billionaires if the masses of us live in poverty. Billionaire wealth is a direct result of low-wage workers not receiving their fair share of national prosperity generated from their labor. Slavery was no different.
A few million dollars is enough to provide a very rich life for an entire family, so when someone has a billion or more dollars, and is content with sitting on their wealth and watching, rather than helping, the starvation, homelessness, and suffering of tens of millions of people around the world, it causes society a lot of pain. There is a finite amount of global resources, and when it is concentrated in the hands of just a few, the rest are forced to go without.
Not to worry however, because I’m told that billionaires love to give away their money to charitable causes, in an effort to help convince us that they’re not so bad after all. Don’t be fooled: Niceness is itself just a symptom of the moral obliviousness that permits them to enact atrocities in the first place. Niceness is not friendliness, not hospitality, not charity and not goodness. Niceness is the blank grin on the face of the psychopath: it is the public enactment of all the forms of love and kindness without the troublesome burden of loving anyone or treating people with actual kindness.
The billionaires who do throw lavish charity balls and hand out donations, largely to their own foundations, do not really want structural change or any other kind of genuine relief for the poor. They simply want to be celebrated for tossing coins to the paupers from their palace balconies.
Just think of how many times we are routinely accosted, during the holiday season especially, with the challenge: “Would you like to add a donation to your order/purchase today?” Translation: “Would you be able to help fund our end of the year tax write off as we shame you into philanthropy so we don’t have to contribute, but still get the PR without having to use our profits. Many of which have been stolen from our employees that therefore must rely on this very charity?” Make no mistake, the rich have always had a snobbish disdain for the poor, despite their well-publicized acts of philanthropy.
The true philanthropists of our time, however, are, and have always been, as Barbara Ehrenreich has written, “the working poor.” “To be a member of the working poor is to be an anonymous donor, a nameless benefactor, to everyone else.” When someone works for less pay than they can live on, when, for example, they go hungry so that you can eat more cheaply and have access to products and services, more conveniently, then they have made a great sacrifice for you, they have made you a gift of some part of their abilities, their health, and their life.
I’ll end with this: it is not justifiable to retain vast amounts of wealth. Because this very wealth has the potential to help people who are suffering, and by not helping them you are letting them suffer. It does not make one difference whether or not you earned or think you deserve this wealth. The point is that you have it. And before we discuss anything else, we should all at least be able to acknowledge that it is immoral to hoard the resources that other people need to survive. This much at least, should be beyond disagreement.
Labels: Articles