Working Hard is No Longer Working 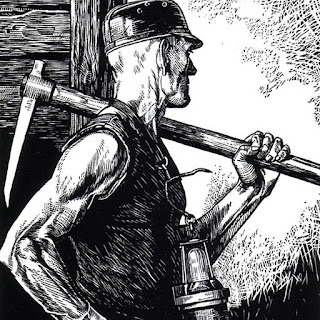 In her book Nickel and Dimed, Barbara Ehrenreich taught us that despite the relative good times plenty of Americans who working low-wage jobs were still having to live in seedy motels, eating when and what they could in the interlude between paydays, even going so far as to having to sleep in their own cars on occasion. Now, however, instead of low-paying jobs, there are none; instead of a relatively small group of people competing for resources, there is a very large group of people competing for an even smaller share of resources. The situation has altered so severely, that Ehrenreich, nor anyone else, could ever replicate her experiment today.
Meanwhile our economy is stronger than ever and has seen continuous growth year after year, while our paychecks, wistfully, have not. But why? And why, for so many working-class Americans, has “economic growth become a spectator sport.” As economist Jared Bernstein has summarily described it.
A very simple illustration can tell us quite a bit about our current situation. If someone were to ask you how much money you make an hour, you might say “$10.” Which sounds, on its face, like a reasonable response. But, if we just rephrase it, ever so slightly and say, “For each hour of my life I give away, my employer rewards me with $10.” This doesn’t sound so reasonable. It sounds outright ridiculous. Both phrases have the same meaning of course. That you’re being ripped off. As anyone who works for a living secretly suspects. In order for your employer to pay you, at any wage, they in return, must by necessity, make more from whatever you produce and give you less as a result. But, more importantly, what people don’t necessarily realize when they first start selling their time by the hour is that what they’re actually selling isn’t their time, but their very lives.
For decades now, employers have built a political apparatus which has been designed solely to hold down the pay of it’s workers. “We tend to think of employment as a market interaction: supply and demand meet to set a price, and that’s the wage you get paid.” Writes Gabriel Winant, in an article for The Guardian, “But work is much more than this. When you buy bread, there’s no other connection between you and the baker. You take your loaf and go home. But when you sell labor in the labor market, you’re entering into an ongoing power relationship. In return for your wages, you’re supposed to submit – not once but every day. It’s not just economic. Work is intrinsically political.”
What most people want is a job that pays a decent, livable, wage. One that offers both satisfaction and security. However, critics of our current system believe that these goals are incompatible with Capitalism. In her book, Private Government: How Employers Rule Our Lives (and Why We Don’t Talk about It), philosopher Elizabeth Anderson argues that CEOs are the new totalitarians, who “think of themselves as libertarian individualists”, while acting in practice as “dictators of little communist governments.” We like to imagine ourselves as free but we effectively barter away our freedom in exchange for a wage, effectively handing over our rights as soon as we clock in. Groucho Marx had it right when he said, “What makes wage slaves, wages!”
I know a lot of people are inclined to think that I, myself, am supposed to just be a good little worker bee and do my part to help keep the wheels of Capitalism moving. But all the skills that I possess are skills that the current market doesn’t value. Therefore, I am classified as either a “low” or “unskilled” worker. Which is absolute bullshit. There is no such thing as “unskilled labor.” It’s an elitist fantasy. All work takes skill. People who say that certain work doesn't require any skills have never worked a day in their life, and use this as an excuse to pay lower wages. It is a fake idea exclusively designed to depress the wages of working people. Remember, poverty is profitable for those who create it. So what’s really in it for me, beyond perhaps, my little paycheck?
“But this is just the way things are Pal. So get used to it.”
This is a thoughtless attitude; one of those things that people say to feel smug because someone once smugly said it to them and they are passing along the pain it caused them. But the complacency that people always seem to default to is troubling, to say the least. While the people who desire change are consistently met with resistance, dismissal, or even ridicule. But I ask again, why? Is this really the world you want to live in? I think we can do better.