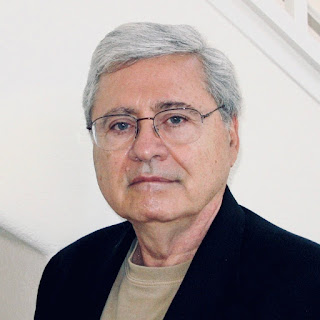 Do you have a daily writing routine, or do you await the muse’s song?

The unconscious has always ruled what I write. Most creative acts are already completed in the unconscious. So is my next book. The writer's task is when to draw from that. At this moment one story is rolling around in my mind and I am just waiting for it to take shape before I commit myself to print. Having been a psychotherapist I place an inordinate amount of trust in the unconscious, that part of us, even at this late date in history, we want no part of.

What is the first thing you ever wrote?

A poem about my depression when I was eighteen; of course, the English teacher gutted it with her editing, missed the big picture. It was published in the yearbook.

When did you first start writing or when did you decide to pursue writing as a profession?

In my early thirties I began to take writing seriously. In 1974 Martha Foley included a story in "Distinctive Short Stories of 1974" in her annual The Best American Short Stories of 1974. I was listed with Roth, Singer, Oates, et al. I had the realization that I could write; I've been writing now for 51 years.

How did the place where you grew up influence your writing style?

Place had nothing to do with it. If you think my inner self is a place, then so be it. The internal growth I experienced, my becoming aware, just aware, influenced my "style." Krishnamurti called it the "awakening of intelligence."

What kind of catharsis did you achieve from your latest work?

I was not purged, I did not abreact. I felt and felt intensely and wrote about that as best I could.

What subject have you found it most challenging to write about?

To describe the interior life of an inmate in a concentration camp; to write about a Nazi's interior life. The demands of empathy were excessive, much too much, but I made it through.

After completing a manuscript, do you give yourself time to recoup or do you just jump into the next narrative?

I usually lie fallow; I need a break but I know that something else will arise.

Once you have an idea, how do you approach the writing process?

I pour matzoh meal all over over it, dip it into egg batter and then season and finally throw it into the skillet.

What’s been the best advice you’ve ever received as a writer?

The kitchen sink! Throw everything you know into what you write without cluttering it all up or stopping up the sink. It is all in the details, long may they palpate like our hearts.

To what extent, in your view, is writing a political act?

Very early in college I was inebriated with Camus and Sartre, so everything is a political act. All my writings take sides, offer opinions, voice dissent and discontent. Many readers of my two books on the Holocaust avoid reading them because it might mess up their hair -- and their souls, what's left of them. This sharp question you pose has much meaning to it. To maintain social distance is a political act. 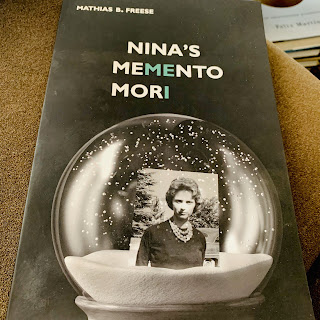 Mathias Freese is a writer, teacher, and psychotherapist who has authored over eight books. Which include, 'The i Tetralogy' on the Holocaust, and 'I Truly Lament: Working Through the Holocaust', which won the Beverly Hills Book Award, Reader's Favorite Book Award, and was a finalist in the Indie Excellence Book Awards, the Paris Book Festival, and the Amsterdam Book Festival. In 2016 'Tesserae: A Memoir of Two Summers', his first memoir, received seven awards. The following year his second memoir appeared, 'And Then I Am Gone'. To learn more or to connect with Freese please visit his website
Interviews