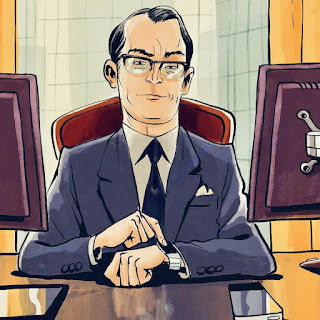 Many of us, right now, are being taught, in school, on television, and by a media that celebrates power and helped to make bosses into celebrities, that being in charge is an aspiration everyone should have, a signal of success and of a life well lived. But, recently, and relatively abruptly, this notion that those on top represent some kind of infallible authority and merit, feels archaic and wrong. And it feels this way, because it is wrong.
From the chilling revelations of Me Too to the resurgent labor movement and socialist critique of capitalist excess embraced by a, mostly younger generation, there is perhaps a greater awareness of workplace inequity, than there has ever been at any other point in my, or anyone else’s, adult working life.
“We romanticize bosses, even the bad ones: We picture them as people who on some level, we want to be, which means considering them in the fields that are understood as high-paying and aspirational.” Writes Rebecca Traister for The Cut, “Trump’s turn on The Apprentice showcased him as brittle and shallow, but somehow those qualities — in a guy whose role in the show was expressed by regularly telling people they were fired — read to viewers as muscularity and capability. Why? Because he was rich, and on television, and because we are a culture that values money and celebrity, which are read as signals of seriousness and merit.”
Yet, to unwind these assumptions would mean the dismantling of all kinds of twisted stories we’ve told ourselves forever about our fantasized meritocracy, in which those who are offered less have often been convinced that they deserve no more, in which those who are treated without dignity are made to believe they haven’t earned it, and in which those who have more authority than us must have it because they merited it where we did not. We are taught to take socially imposed power structures as a piece of nature, to believe our place within these systems as symptomatic of our strengths and shortcomings, to understand any drive to succeed and in so doing, get more power than other people, as the ultimate goal (and reward) of working life.
Robert Chalmers, in his novel, Who's Who in Hell, perfectly captured these sentiments when he wrote, “We admire our senior executives in the way that a dog sticks faithfully by its beggar....even though he may be maniacal, lice ridden, or schizophrenic. We blind ourselves to it, but our nose tells us what the world thinks of them. We have observed more closely than others the self-abasement and daily cruelty of which they are capable. And yet still we walk to heel.”
People inevitably aspire to be in leadership positions, specifically, because they enjoy wielding power over others, and the recognition that comes with it. These are classic hallmarks of narcissism and selfishness, which I think are pretty standard characteristics of “bosses” in general. And any attempt to justify the distinction between a ‘good’ boss versus a ‘bad’ boss, is the same ridiculous rationalizations that were used in the antebellum south, whenever someone was attempting to justify the differences between a gentile slave master versus a harsh slave master. The issue isn’t how “nice” of a person our master is, it’s that we have a master at all.
And it is my firm belief that anyone who ever utters the phrase, “I want to be in charge”, whether that means of a company or a country, should automatically be disqualified from ever being in charge. But I’m not sure that we can ever truly rid ourselves of these brutal hierarchies that have for so long stood in as signals for advancement. Because, to put it plainly: When you take sex bias and the harassment of women out of the equation, out of institutional power dynamics, does anyone really care about them? My guess is no.
Labels: Articles