My Reading Life: with Chris Offutt 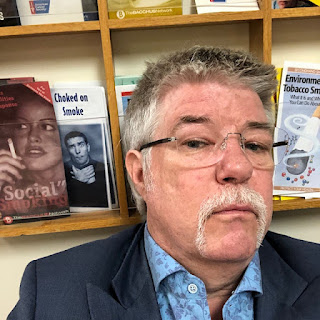 What are six books you loved? For one of them, why did you love it?

A Flag for Sunrise by Robert Stone.
Laidlaw by William McIlvanney.
Play it as it Lays by Joan Didion.
Good Morning, Midnight by Jean Rhys.
The Tartar Steppe by Dino Buzzati
The Stories of Breece D’J Pancake.

Pancake was the first writer to emerge from the Appalachian culture I knew. Post War on Poverty. Post-Vietnam. Post completion of the Interstate system. I’d read thousands of books before his but never about people I knew.

No idea. If I don’t like a book, I quit reading. Then I forget the book. I don’t see the value in trying to remember what I don’t like. Too much effort to keep track.

I never use bookmarks.

My to-read shelf has about 40 books. What I read next will depend upon frame of mind when I finish the book I’m reading now. Currently I am writing the first draft of a novel. When working, I try to avoid books with an overt style that I will unconsciously absorb.  Also, because the current project is in third person, I am not reading any first-person books until I finish a draft.

I recommend books based on what someone tells me they are interested in. Subject matter. Setting. Story. Genre. No one book for every person.

Possibly the works of James Baldwin and Albert Camus.

Nope. I just read and hope to learn. Any case of “thinking differently” about the form is gradual for me. More a case of accretion. No eureka moments yet.

I’ve never had that experience. If I dislike a book, I don’t finish it and tend not to remember those books. Sometimes, a few years later, I’ll read another book by the writer, usually because I forgot I didn’t like the first one.

I can’t think of any single book that had that much effect. The influences on my life have been travel, solitude, family, friends, and being outside.

I took one vacation in my life. My wife and I wound up going to the childhood homes of Laura Ingalls Wilder and Samuel Clemens. Mainly we read maps.

I have no idea. I don’t really follow trends in popularity of writers. It’s not a way of thinking for me.

The Last Taxi Driver, by Lee Durkee. (He’s a friend.)

I’ve given hundreds of books away. I haven’t kept track of them all. In my house, books are constantly arriving and departing. It’s like a train station of literature.

I try to avoid alcohol. Especially with imaginary friends.

Impact is directly related to how much force was used to strike the reader. To calculate the force of impact, divide kinetic energy by distance.  F = (0.5 * m * v^2) ÷ d

Chris Offutt is the author of Country Dark, Kentucky Straight, Out of the Woods, The Same River Twice, No Heroes, The Good Brother, and My Father the Pornographer. His books have been translated into twelve languages. His new novel, The Killing Hills, is forthcoming in March 2021 from Grove Atlantic.
His writing has received a Pushcart Prize and a Guggenheim Award, an NEA, and an award from the American Academy of Arts and Letters for “prose that takes risks.” His work is included in many anthologies and textbooks, including Best American Short Stories, Best American Essays, Best American Food Writing, and Modern American Memoirs.
To finance his sons’ college education, he worked in Hollywood for seven years, writing screenplays for True Blood, Weeds, Treme, and four pilots commissioned by various studios.
He grew up in the hills of eastern Kentucky and currently lives in rural Lafayette County near Oxford, Mississippi. He lives on an acreage at the end of a dirt road where he raises chickens and vegetables. He might get goats next. He drives a pickup. Reach him on Twitter or at chrisoffutt.com