My Reading Life: with Mike Broihier 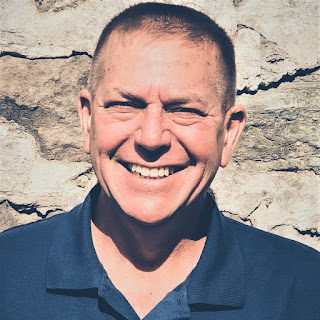 The Great War and Modern Memory by Paul Fussell.
A Confederacy of Dunces by John Kennedy Toole.
The Lord of the Rings by J.R.R. Tolkien.
War is a Racket by Smedley Butler.
Hell’s Angels by Hunter Thompson.

Tough to pick one, but I’d go with A Confederacy of Dunces. It is a perfect story of place, capturing New Orleans’ people, neighborhoods, culture and self-awareness of itself as an absurd but indispensable American city. I read it when it came out in 1980 unaware of Toole’s suicide and his mother’s recognition that it was a genius work. Her long journey to get the book published just added to the romance of the meta-story but didn’t color my first impression that it might have been the best comedic American novel since Mark Twain.

In the Lake of Woods by Tim O’Brien. It isn’t a bad book, in fact, it’s an incredibly powerful book and that was the problem. I was reading it at a stressful time in my life, and it triggered some powerful emotions related to my service in Somalia to the point that I had to put it down. Thankfully, I don’t suffer PTSD like many of my fellow veterans but O’Brien’s excavation into his protagonist’s past and lingering self-doubt hit a little too close to home for me. I abandoned it for years because I wasn’t ready to fully explore the reasons I had reacted so strongly. Funnily, years later and in a different time and place, I finished it and very much enjoyed it.

Maybe not so much as a reader but as a wanna-be author. I’ve written a soft-boiled detective novel, titled Idiot Wind, that has nothing to do with politics—it doesn’t even take place in the US. I pitched it at the 2019 Tennessee Williams Festival at an event called, “Toot it or boot it.” Authors have two minutes to make an elevator pitch to a panel of five publishers and I was lucky enough to catch the ear of a very talented editor. We’re in the final editing phase and I’m still debating on what publishing route to go.

When my father left the Marine Corps, he went to work for Western Publishing which printed Little Golden Books and the Golden Encyclopedia. We always had piles of books around the house and since TV was limited to three channels for most of my childhood, books were far more entertaining.

I have no immediate plans for reading anything new while I’m campaigning for Senate. I’ll probably break out some old favorites that I can read without losing the storyline due to interruptions.

Nonfiction: The Great War and Modern Memory.
Fiction: A Confederacy of Dunces.

War is a Racket was written by a legendary Marine, Smedley D. Butler. He talked about his slow realization that his heroic life in the service was primarily as a hired gun for American business interests in Central America. Written almost a century ago, it was amazingly prescient, and we are still dealing with the fallout of our strong-arm meddling in Central America from the drug trade to the exodus of people to the US in search of asylum. As a career Marine, it made me look at the arc of my service and wonder about the motivations of those who sent me into harms way.

The Hobbit then Lord of the Rings. I can’t count how many times of read them, but I will say I read the entire LOTR trilogy out loud to my wife on a cross country trip.

I’ve read everything by Hunter S. Thompson and his pioneering, gonzo journalism appeals to me. The canard that reporting is supposed to be wholly objective always bothered me. As a reader, writer and journalist it is absurd to think that every significant event we observe is not transformative.

I’m going to punt on this one, but I will say that I am concerned that we’ve become so sensitive that it is almost impossible to read without judgement. Can a ‘woke’ reader in 2020 read Mark Twain or Ernest Hemingway? Two years ago, astronaut and now US Senate candidate Mark Kelly was shredded over quoting Winston Churchill. Despite his colonialist transgressions, Churchill was undeniably a master of the written and spoken word. Will future generations even be allowed to read him without censure?

I think the sheer size and lack of action in novels by female Victorian authors was daunting when I was young but I was fortunate enough to have Professor Barry Qualls for two classes as an undergrad and he exposed the clever writing and dialogue in what I’d viewed as plodding domestic dramas. What is depicted in those novels is galling to modern feminists, but probably fairly accurate depictions of the deft manipulations required to succeed in life in that era.

The Magic Mountain by Thomas Mann.

As a group? Those who write about travel. Twain, T.E. Lawrence, Ibn-Battuta, Kerouac…anything with movement.

I think Josef Conrad has slipped out of view and that’s a shame. His narratives are rich but to the point and his short stories don’t suffer for their brevity. Writing at the peak of modern colonialism he exposed the injustice of that system.

The War on Normal People by Andrew Yang.

I have no memory of my parents reading to me as a child, but we had stacks of age appropriate books. I was always required to have lights out by a certain time, but my childhood gifts included books, a flashlight and batteries so you know where my parent’s intentions ran.

A Confederacy of Dunces.

I’d have a drink with Nick Adams simply because it would probably also involve wild-stream trout fishing and onion sandwiches.

I buy from used book sellers or Amazon, but I love cruising archive.org to see what books have come into the public domain.

For those too poor, too young or too timid to travel, books free you.

Mike Broihier is a retired Marine Corps Lieutenant Colonel, farmer and currently a Democratic Party candidate for US Senate running against Republican Mitch McConnell in the 2020 election. He is a graduate from Rutgers University (1984, BA, Poli Sci) and the Naval Postgraduate School (1997-MS, Systems Mgmt). He is also a graduate of the Marine Corps Command and Staff College (1999).
As a lieutenant, he served as an artillery officer with units based in Okinawa, Japan, North Carolina, and afloat in the Mediterranean Sea with a Special Operations Capable expeditionary unit, deploying to seven countries. He commanded 3 artillery batteries as a captain while based in 29 Palms, CA. And led a provisional rifle company in Mogadishu, Somalia (92-93) during Operation Restore Hope. His last assignment was at the University of California, Berkeley, where he was Adjunct Associate Professor of Naval Science, teaching Naval History, and Leadership and Management.
Upon retirement from the Marine Corps in 2005, he began writing for The Interior Journal, Kentucky’s third oldest newspaper. And in 2009 was named editor and received multiple KY Press Association Awards for writing, editing and photography.
Broihier lives with his wife, Lynn Wisehart, in Lincoln County, Kentucky. To learn more please visit mikeforky.com
Interviews