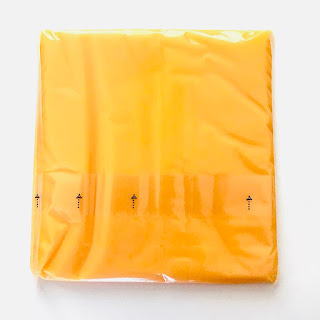 It seems that the poor have somehow managed to disappear from American cultural life. From its political rhetoric and intellectual endeavors, as well as from its daily entertainments. Even religion seems to have very little to say about the plight of the poor anymore. It would appear as if the moneylenders have finally gotten Christ out of the temple.
Which makes the question: “Why are the poor so universally despised?” All the more relevant. But it wasn’t until I read Down and Out in Paris and London, that I finally had an answer: “I believe it is for the simple reason that they fail to earn a decent living. In practice nobody cares whether work is useful or useless, productive or parasitic; the sole thing demanded is that it shall be profitable. In all the modern talk about energy, efficiency, social service and the rest of it, what meaning is there except "Get money, get it legally, and get a lot of it”? Money has become the grand test of virtue. By this test beggars fail, and for this they are despised. If one could earn even ten pounds a week at begging, it would become a respectable profession immediately. A beggar, looked at realistically, is simply a business man, getting his living, like other business men, in the way that comes to hand. He has not, more than most modern people, sold his honour; he has merely made the mistake of choosing a trade at which it is impossible to grow rich.”
It’s been 80 plus years since George Orwell published these observations and yet, poverty still remains a complex, difficult and unattractive subject.
However, poor people have a tendency to blame themselves for their desperation because that’s who everyone tells them to blame. They never hear a counter narrative as to why they suffer. Well, I’m hear to provide a different, truer, narrative. It’s not you’re fault. It’s never been your fault. Nobody is poor on purpose.
The seesaw of history has once again thrust the oligarchs into the sky. As we sit humiliated and broken on the ground. It is an old battle. It has been fought over and over in human history. “There are only two or three human stories,” Willa Cather wrote, “and they go on repeating themselves as fiercely as if they had never happened before.” We just never seem to learn.
But, what surprises me is the level of callousness directed at the poor. “If you want out of poverty, get a better job.” This is a fascinating way to spin, “I acknowledge that your current job needs to be done, but I think whomever does that job deserves to live in poverty.”
And so it’s past time we created a new language for talking about poverty. “Nobody who works should be poor,” we like to say. But that’s no longer good enough. Nobody in America should be poor, period. No single mother struggling to raise children on her own; no formerly incarcerated man who has served his time; no young heroin user struggling with addiction and pain; no retired bus driver whose pension was squandered; nobody. And if we respect hard work, then we should reward it, instead of deploying this value to shame the poor and justify our unconscionable and growing inequality. “I’ve worked hard to get where I am,” you might protest. Well, sure. But, so has everyone else.
Class struggle, unfortunately, defines most of human history. Marx got this right. The sooner we realize that we are locked in deadly warfare with our ruling, corporate elite, the sooner we will realize that these elites must be overthrown. The corporate oligarchs have now seized all institutional systems of power in the United States. Electoral politics, internal security, the judiciary, our universities, the arts and finance, along with nearly all forms of communication, are in corporate hands. Our democracy, with faux debates between two corporate parties, is meaningless political theater. There is no way within the system to defy the demands of Wall Street, the fossil fuel industry or war profiteers. The only route left to us, as Aristotle knew, is revolt.
Because there is just no tangible reason why we allow people to starve, to be homeless, to suffer and die needlessly. Food is plentiful. Medicine is plentiful. Empty homes are plentiful. They are just kept hidden away behind constructs that we all pretend mean something. There’s a sick child and medicine to treat them? Give it to them. There is an empty home and a homeless family? Give it to them. There are starving people and so much food wasted by corporations or locked away behind a dollar sign? Feed them you callous fuck.
I resent having to earn money to justify my existence in a meaningless empty capitalist system. And what troubles me the most, is that people still do not see classism as a legitimate form of violence. They still mistakenly cling to the idea that being poor is somehow indicative of someone’s character rather than it being about systematic oppression. Poverty is traumatic, and in order for the rich to thrive, a whole lot more us must barley survive.
I fucking hate capitalism. I hate money. I hate that we have built entire systems worshipping numbers that don’t fucking mean anything. I hate living in a world where these figures can be the difference between life and death. People kill for money, they work until they can barely stand for money, they debase themselves to the point of dehumanization for money. I have lost a disgusting amount of time, energy, and life, to the mandatory pursuit of money in order to survive and exist with any dignity. And I’ve had enough. If nothing else, at least on my tombstone they can write: "Here lays the one jackass who cared.”
Labels: Articles