Unproductive Bodies: The Intersection Between Capitalism and Abortion 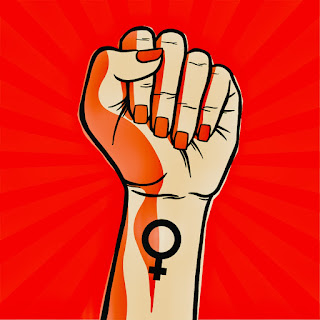 The attack on women’s reproductive rights in this country is a direct attack on the working class as a whole. Ignore the religious rhetoric and moral posturing about abortion. This debate is not, nor has it ever been, about the sanctity of life. It is only about corporate capitalists who desperately need more bodies and intend to coerce women, in any way they can, to produce them. In this sense, the modern war on women is an act of ‘primitive accumulation’ comparable to land enclosure: both providing the raw materials for a new mode of production, which first allowed capitalism to spring forth from the ashes of feudalism.
Early technological and agricultural developments in the twentieth century paved the way for the inequalities and exploitation we see in today’s world. A class society evolved where the elite are now able to control the majority of people, with women being reduced to reproducers of heirs for the ruling class. And since women have lost their equality in this system, their reproductive freedoms have went with it. But in order to be made productive — to put them to work in gestative labour — women had to first be unmade as people. As Federici puts it, “The human body and not the steam engine, and not even the clock, was the first machine developed by capitalism.”
This erasure of women’s agency and personhood meant that they could now be freely treated as productive units, whose bodies and lives must be dedicated to domestic work and social reproduction. Such bodies don’t need to be treated properly. Indeed, it’s a little troublesome if they are; because those people might have other ideas about how they might like to spend their time. Thus making the woman’s unproductive body a primary site of resistance to capitalism and, as such, needs to be disciplined in order for capitalism to flourish. Disciplining women in this way established women as domestic, gestative and reproductive laborers that serve only to replenish the populace of productive workers.
Yet, clearly, reproductive control is not only about encouraging production — but also about stamping out the ability for ‘undesirable’ people to reproduce themselves. In the crux of enormous population change and economic crisis, lawmakers have redoubled their efforts to consolidate their control of the means of reproduction; crafting their ideal population from the unbidden mass of human life.
A flamboyant irony, however, is that people who organize under the flag of being ‘pro-life’, show such scorn for the lives of actual women. This sanctimony has only ever provided the thinnest of veils for a contempt for, not just the lives of women, but the lives of working women in particular. As Angela Davies points out, in Racism, Birth Control and Reproductive Rights, legislation that banned abortions in the US often laid easily alongside forced sterilization's of poor women. And it is past time for social and religious conservatives to wake up to the fact that Big Business is not our friend. You need to put that Reagan-era shibboleth under the ground with a stake in its heart and a rope of garlic around its neck. “The effort to block birth control and abortion is not about religion nor about politicians pandering to a right-wing base, nor is it a result of prudery, nor is it to punish women for having sex,” Jenny Brown writes in her book “Birth Strike: Hidden Fight Over Women’s Work.” “It is about the labor of bearing and rearing children: who will do it and who will pay for it.”
Set against this historical analysis, three things become clear. Firstly, that social reproduction is vital economic work. Secondly, that anti-abortion legislation is a program of systematic conscription, enlisting women’s bodies to the cause. And thirdly, the architecture of the corporate state is solely designed to disempower women.
For example, since most wages are not sufficient for one worker to support a family, means that both the father and the mother must have income-producing jobs. If a parent takes time off to raise a child, the family income declines, usually by half, and there often is also a loss of health benefits, leaving the parent raising the child dependent on the spouse. This economic dependency makes it harder for a woman to leave an abusive or failed relationship, perpetuating the powerlessness of women that is at the heart of the system. By forcing poor couples to stay together, it frees the state from providing even minimal benefits. If each parent, for example, earns $15,000 a year, a couple often is priced out of social programs such as welfare.
Make no mistake, corporations want, and need, women at home, creating the next generation of workers. Paradoxically, corporations also need women in the workplace in order to help drive down wages. Why else do you think Welfare-to-Work laws exist? But any system that will not unconditionally secure abortion rights for women is also a system that cannot provide jobs, healthcare, housing or education. It’s a system that needs to be wiped out and replaced with one that will — run by working people, whose interest is to make a society that is just and equal for everyone and who have the expertise to do it.
The working class has been struggling to put up a fight for years, which has forced changes here and there. But we can never stop fighting. Because ultimately, the real and everlasting change we seek will come from working men and women collectively rolling up our sleeves and re-setting this countries foundations. Then, women will once again be free to be independent actors and leaders in a society that also respects and loves children as human beings, not as prospective wage slaves.
Don’t be stupid enough to ignore this aspect of the abortion debate. Because when I say things like: “Capitalism poisons everything.” I mean exactly that.
Labels: Articles