Why Your Argument Sucks: A Response to Stale Talking Points 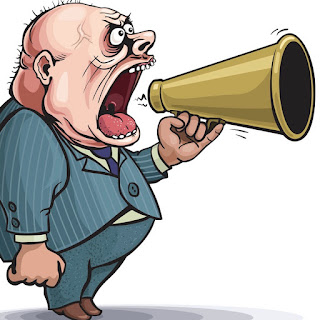 I got the idea for this article after suffering, one too many times, through the endless, and mindless, debates of people who have absolutely no idea what they are talking about. So I decided to compile a number of these ridiculous “arguments” and offer a few rebuttals in the form of a dialogue. I’ll start with the most common:

“If you need more money to live on, then maybe you should acquire better, more marketable skills.”

The issues that low-wage workers face can't entirely be addressed by improving workers' skills, since low-wage jobs reflect the strength of a local economy. Most research in the area tends to suggest that there simply are not enough jobs paying decent wages for people without college degrees (who make up the majority of the labor force) to escape low-wage work. In other words, even if low-wage workers undergo job training and learn new skills, they're not guaranteed to find good-paying jobs anywhere near where they currently live.
But even developing a specific set of skills can be a double-edged sword, opening doors yet limiting mobility. An expert welder working for the only manufacturer in town may not find it easy to leave that job and find an equally well-paying job (in, say, nursing) because the skill sets are so different. The “match” problem is exacerbated by the time and energy that job searches demand; it can be hard to hold a job while also seeking a job. This factor, too, gives employers the power to hold down worker wages without fear of losing them.
It’s also hard to make yourself more valuable to the market when employers can put non compete clauses in you preemployment contract that states you can never work in the same industry again if you either leave or become terminated. And your employer can terminate you for anything they want. This is common among hairdressers. So whatever skills you may have acquired during your stay, now you must acquire new skills in another industry. It’s a never ending cycle.
This is such an obvious fact that I’m surprised that most people routinely miss it.

“So why don’t people just move to where the jobs are?”

That answer, again, should be obvious: because of “clique networks,” as sociologists call them. In working class families, familial ties involve things such as help with child care and home improvements - in other words things wealthier families can just buy. Clique networks help protect low-wage families from their vulnerable market position. And tearing a low-wage person from the network that defines their life, and to a greater degree makes their life possible, is a far heavier lift than insisting that a Harvard grad move to Silicon Valley. You know it and I know it.

“Most low-wage jobs are meant for teenagers anyway. Not adults.”

To the people who say that low-wage jobs are meant to be a revolving door for kids in high school and that you can’t expect to call it a career. Or that $15/hr is an unsustainable business model. Fuck you.
Because the reality is that these jobs are filled by adults. But, more importantly, if your business model is “teenage employees only” then you don’t have a business model. Which incidentally raises the question, how do you propose filling jobs with teenagers that are open during school hours, or late at night? Minors legally can’t work at 2am on a Wednesday in October at a 24 hour McDonalds.
People look down on low-wage workers but fail to realize that if all those workers left these professions and pursued a better career, their dumb ass wouldn’t be able to get a McDouble with an Oreo McFlurry on the way home from work. You can’t demand a service while simultaneously degrading those who provide it for you.

“A higher minimum wage would only lead to higher unemployment.”

Again, incorrect. One very important reason why, is because low-wage employers have a tiny bit of monopoly power over jobs. Because of the difficulty workers have searching for jobs, and their desperation to find subsistence work, employers are able to set the price of labor rather than simply accept the price determined by the market, which gives them more power. A higher minimum wage would actually push against this power.

“The problem is that people are just getting soft. They don’t want to work.”

Is it? Or is it that we are no longer willing to tolerate verbal abuse, emotional manipulation, extended unpaid overtime, and the lies about who is to blame, or what is possible? I can see how a moron wouldn’t understand the difference. To an extent I agree that people are getting softer. But it’s not for the reasons you point out. Nobody wants to work. If people had the option I’m sure no one would work. Why do you think people want to be rich? But people are willing to work because they are not willing to starve.

“But most of these low-wage workers don’t look like they’re starving or poor. Maybe it’s a matter of priorities. They waste their money. They should be saving it.”

Poor people don’t have to conform to your idea of what poverty should look like. Would you prefer they dressed in discarded feed-sacks? No shoes? Perhaps one of them should be pregnant with no teeth? These are stereotypes of poverty which allows people to dismiss the real struggles that people have to face.
And to your point about frugality. Let me just quote Oscar Wilde who said, “To recommend thrift to the poor is both grotesque and insulting. It is like advising a man who is starving to eat less.”

“The economy is booming right now.”

Sure. That 3.5% unemployment rate sounds pretty great as long as you ignore the people who have to work two or more jobs and still struggle to get by.

“If you don’t like your job, then just leave.”

What jobs are workers supposed to exit to? When 90 percent of waitresses experience sexual harassment, they have no reliable place to escape it, other than by leaving their industry-specific skills behind---and even then, not so much, since sexual harassment exists in all industries. Add to this the problems of unemployment, underemployment, ineligibility for unemployment insurance for “voluntary” quits, and it’s easy to see how unhelpful “why don’t you just leave?” is as advice to workers.

“Sounds like you just hate Capitalism. But Capitalism made your phone bud.”

No it didn’t. Labor made my phone. Labor makes things under any -ism, the -ism just determines who gets paid.

“So you’re a Socialist. And Socialism is all about giving people free stuff.”

There is a number of things wrong with this. Because Socialism is really about getting the real value of your labor. So whenever I hear someone say that Socialism is only about “getting free stuff” I know that what they mean is that they believe that their own labor is worthless.

“Well, all I know, is that I’m not paying for somebody else’s health care pal. Just not gonna do it.”

Someone seems to be deeply confused about what their current insurance provider does with the premiums they pay every month. I hate to be the one to tell you this, but you’re paying for other people’s health care now.

“But Capitalism makes us free.”

Capitalism does indeed, give us freedom: The freedom to be owned or the freedom to starve.
Take a loaf of bread, for example. Sitting in a supermarket, its usefulness lies completely dormant. Though perfectly edible, it must prove its exchange-value before it can be eaten. If no one buys it, the bread will rot on the shelf, even though some people are starving. The same is true for every other commodity: NO SALE, NO USE. This is a principle of private property. Commodities are not made to be given away. Capitalists do not share with workers. But at least we have twenty-eight different kinds of toothbrushes, right?

“Capitalism has also brought more people out of poverty than any other system.”

This old trope is to me probably the most ridiculous. That Capitalism has pulled more people out of poverty than any other system, is to say that Capitalists have done more for humanity than anyone else. Which is obviously nonsense. Every right or freedom we currently enjoy has come out of direct confrontation with our Capitalist overlords. People lived and died fighting for a 40 hour work week. For better wages. For the right to assemble. For basic human decency. Nobody gave it to us. And currently, those same Capitalists are in the process of trying roll back some of the things they claim to have given to us out of charity.

“Well I’m not gonna pay for your student loans. Why should you get your loans forgiven, I had to pay mine and you signed a contract?”

Do you make $50 million a year? Otherwise, you won’t be. Opponents of, really any kind of debt forgiveness program, is very much related to what’s referred to in moral philosophy as the Trolly Problem. Those opposed might as well be asking: “Would it be fair to the people the trolly has already killed to divert it now?” But here’s a better question: Should we decline to use new cancer treatments because some people already died and it isn't fair to them?
The solution, even if you are debt-free, is not to fight for the status quo, but to instead fight for abolition first, and reparations second. The enemy of both those in debt and those who are debt-free, is not the debtors, but the system that creates it. The fight must not be with each other, but with the humble many against the exalted few.

You’re right. But all this means is that the mindless accumulation of wealth ultimately leads to diminishing returns on happiness. What it does not mean however, is that poor people should learn to be content without basic necessities or financial security.

“Things could be worse.”

Sure. But things could also be a lot fucking better.

If you’re not a rational person, or if you refuse to think about these arguments, parts of this article I’m sure probably offended you. It will also make you angry and you will most likely find yourself intellectually trying to discount everything I’ve said. This is just what happens whenever the things we feel and the things we know, refuse to align in the way we’re conditioned to pretend. But, you need to realize that systemic problems, such as Capitalism, shape almost every aspect of our lives and the only reason anyone would advocate for such an arrangement is because they want to maintain control over resources and more importantly, maintain control over certain groups of people. And anyone who tries to tell you otherwise is lying to you and has some kind of vested interest in your continued suffering.
Labels: Articles