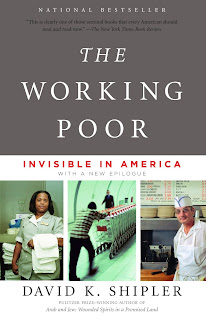 The Working Poor: Invisible in America by David K. Shipler
My rating: 3 of 5 stars