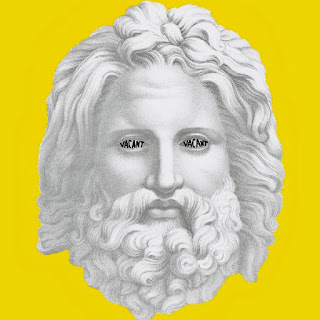 Trump owes a lot of his victories to the uninformed masses. But it’s not just Trump. Because political scientists have been studying what voters know and how they think for well over 60 years, and the results are disquieting to say the least.
Voters can generally tell you who the president is but not much else. They don’t know which party controls Congress, what Congress has done recently, whether the economy is getting better or worse, or even by how much.
Consider this: Before you buy a car, you do your research. After all, if you make a smart choice, you reap the rewards; if you make a bad choice, you suffer the consequences. So, overtime, most people learn to become better consumers. But this isn’t the case with politics. Why? It’s not that people are just stupid exactly. Rather, it’s that democracy creates bad incentives.
The great political scientist Philip Converse once said: “The two simplest truths I know about the distribution of political information in moderate electorates are that the mean is low and variance is high.” In other words, most people know nothing, some know less than nothing, and some know a great deal.
Most voters are ignorant or misinformed because the costs to them of acquiring political information greatly exceed the potential benefits. They can afford to indulge silly, false, delusional beliefs — precisely because such beliefs cost them nothing. After all, the chances that any individual vote will decide the election is vanishingly small. As a result, individual voters tend to vote expressively, to show their commitment to their worldview and team. Voting is more like doing the wave at a sporting event than it is like choosing policy.
Yet, how all of us vote collectively, does matter and it matters a great deal. It’s just that how any one of us votes does not. Imagine a college professor told her class of 210 million students, “Three months from now, we’ll have a final exam. You won’t get your own personal grade. Instead, I’ll average all of your grades together, and everyone will receive the same grade.” No one would bother to study, and the average grade would be an F. That, in a nutshell, is how democracy works.
And we all know this is the case because every election cycle we hear the same things. And I'm not talking about from the Candidates. I'm talking about from the electorate. During any political discussion you will always have one pompous asshole who saunters into a political discussion with a smug look on his face saying things like, "It doesn't matter who you vote for really, both sides are the same." And they will say this as if it's the most damning political indictment since Watergate. Now of course they are right in one sense. But, come Election Day those same people are still going to vote for either a Democrat or a Republican, but why? If you believe that both sides are the same, why choose? I suspect that in most cases it's because those same people have no idea what they were talking about in the first place, it's simply become yet another clichè. The reality however, and this generally applies only for National or State elections, is that it doesn't matter. Elections on this scale are merely symbolic. We vote for ourselves. In other words we vote for the person that we think we are, or for the person we want others to see us as. So it makes sense to say both sides are equal but then still favor one over the other. Elections on this scale are not designed for you to choose the right candidate, they are designed to make you feel a certain way.
Whenever people hear such a depressing analysis, they are quick to wag their fingers at America’s broken education system. “This just shows that we need better teachers!” they cry. It’s a plausible argument, but, again, wrong. In fact, average Americans have completed more schooling now than in years past, but they’ve remained equally ignorant about politics even as their education levels have risen. More fundamentally, to blame the schools is to misunderstand why citizens know so little. The schools teach them most of what they need to know to vote well. But they forget it because the information is not useful. And the reason it is not useful is because their individual votes make no difference.
Making Trump’s victory the victory of the uninformed. But, to be fair, Clinton’s victory also would have been uniformed.
Democracy is indeed, the rule of the people, but the people are in so many ways unfit to rule. So, of course voting is not a rational decision, the only rational decision would be to abstain from voting altogether.
Labels: Articles