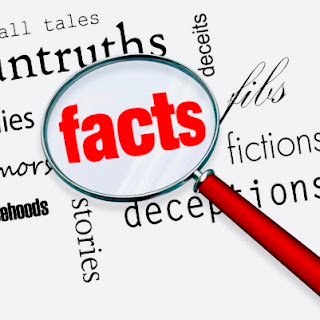 It’s time we faced facts: Our opinions do not matter. Or rather, I should say that having an opinion about something doesn’t actually achieve anything. Actually, I take that back also. It achieves one thing: It gets us all worked up, i.e. tied up, in emotional and intellectual knots.
Think about it: How often do we read something on the news then jump on Twitter or Facebook just to bask in the murky glow of our own battered halos of self-righteous anger? And how often does that achieve anything more than getting us stressed out and adding to a litter of outrage that is destined to fester in some forgotten part of the Internet, forever unread? Rarely, right? That’s because just having an opinion about something doesn’t mean anything. To change something requires action.

“I’m still entitled to my opinion.”

Ok, but what does that really mean? We all too often over use the “I’m entitled to my opinion” card as though it trumps all other considerations, when in reality it obviously doesn’t. Outside of the salon (It’s obvious I’ve read too many enlightenment philosophers) our words are not just audible expressions of thought but acts with consequences.
We all know people---conservative, liberal, religious, atheist, whatever (you can think of someone right now)---who lives just to play this card. In fact, you probably know a lot of them. They issue their positions, without argument, and when you prove their position to be false (with argument and facts), and lacking a defense they will simply say:

“Well, that is just how you see it. I have a right to my opinion and we’ll just have to agree to disagree.”

What?! No! It’s not just how I see it - it’s how it is! You don’t have a right to an opinion you can’t defend. And we don’t have to agree to disagree - if you were intellectually honest, you’d agree that you are wrong!

“Nope. I don’t care what you say. That’s my truth; I have a right to my opinion.”

This is exactly the type of person Stephen Colbert used to mock on his Comedy Central show. The person who exaggerates what their evidence can support, can’t respond to criticism yet hides his ignorance behind a “right to my opinion” using the mantra that his opinion is “true for him” - all so he doesn’t have to give up what he wants to believe.
However, if you’re someone who insists on repeating this ridiculous mantra then you’re someone who doesn’t actually believe in truth. You are in fact a relativist. Which involves yourself in numerous contradictions. In other words, you believe there is no universal truth; there is just what you think. The absurdity of this kind of individual relativism, becomes obvious upon even a superficial examination. If the world cannot be accurately described by any proposition, the world must have no content - it by necessity, must contain nothing. Which is ridiculous.
Maybe that was too philosophical. So let me break it down further. If someone wants to believe that you don’t exist, they are not wrong...that you don’t exist is true for that person. Another example, one which only complicates matters further for the “right to my opinion” crowd, is the phrase: “Abortion is wrong.” The phrase now becomes true for only one person, but not for another.
People have a tendency to think they either have an epistemic right to their opinion or a moral right to their opinion; they are obviously wrong on both counts. If someone has a right to an opinion, it would mean that we also have a duty to agree with their opinion. But your possession of such a duty is hardly obvious. Because I, nor anyone else, is obligated to let anyone continue to believe that no cars are coming if they are about to unknowingly step in front of one. Only if eliminating their false belief were doing them injury would we ever have a duty to avoid doing it; and if they care about having true beliefs, they cannot consider it harm.
Instead, they prefer to take your presentation of argument and evidence contrary to their belief, as harmful because, in fact, they are not really concerned with truth. And it’s for this reason that they think you have a duty to cease and desist presenting evidence against it. If you don’t stop, they will have to give up their belief, and they do not want to do that. They are not interested in truth; they are interested in believing what makes them intellectually comfortable. And they think you have a duty not to make them uncomfortable with "new ideas.”
Let me help you understand something: no one has a right to be intellectually comfortable. If we did, it would mean one would have a moral duty not to be an educator. If someone thinks they have a right to an opinion, they must then admit that they have that right only in virtue of the fact that they have no interest in the truth.
So what have we learned so far? If you ever use the phrase 'it is true for me’, you are either
mistaking this phrase for “I believe it” or you are espousing the clearly false doctrine of individual relativism. Either way, a belief can’t be its own justification. If what your “gut” says really is true, it would stand up to rational inquiry. In fact, if it is true, it should be provable.
In closing: Whenever you come across a good argument, never be afraid to change your mind. Otherwise, you’ll always be a fool who prefers shouting incoherent nonsense in front of a group of reporters, all because you lack the requisite shame that’s required to learn the difference between “truth” and “opinion.”
Labels: Understanding bullshit