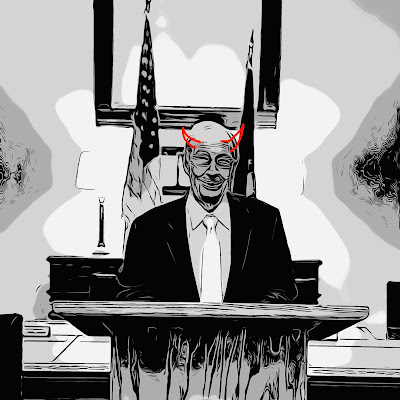 Kentucky has consistently ranked as one of only two states to receive the highest ranking of 5 for legal corruption in both the executive and legislative branches, in addition to being near the top for the judicial branch with a ranking of 3 for such corruption being moderately common.
It has also ranked near the worst for illegal corruption, defined as government officials receiving private gains in exchange for providing specific benefits. The legislative branch in Kentucky was one of 10 where such corruption was perceived to be very common, all receiving the highest scores. Kentucky’s executive branch ranked among the five worst, with illegal corruption perceived as between moderately common and very common. Judicial branch corruption in Kentucky was only slightly common with a ranking of 2, though only California had a worse ranking with 2.5.
However, you don’t have to look to Frankfurt to find such malfeasance. Because nowhere is political corruption and nepotism, coupled with an unprecedented amount of incompetence, made more painfully obvious than in Whitesburg’s own mayor, James Wiley Craft, who, while in office, has been receiving health insurance “benefits not available to city employees” and has used his public office to “operate his private law practice.” As auditor Mike Harmon said in a news release. Auditors also found that the city has consistently failed to report the city attorney's pay to the IRS. “The contract between the city and the city attorney is unclear.” The audit also found that the city apparently, can’t even properly manage its own water utility accounts. As a result, the city is owed more than $356,000 (at the time of this report) from customers with delinquent accounts. 20% of the city's 1,546 accounts were 90 days or more past due. 29 of those accounts owed the city $2,500 or more in past due bills. One council member and three city employees were also among those with delinquent accounts. (Remember when that one fabled council member instructed us all to eat less McDonalds if we couldn’t afford the new payroll tax increase?).
During Craft’s tenure as mayor the city even managed to collect Alcohol Beverage Control funds it should not have. According to the audit, the city has spent $58,500 in ABC fees on questionable or unauthorized expenditures, such as $39,500 on holiday gifts, gift cards and food for city employees and $19,000 on payroll for non-ABC employees.
Taxpayers rightfully expect those they elect to be responsible stewards of the funds that are provided through taxes and other areas. Yet, clearly this report shows that much improvement is needed, (which is to put it lightly).
But Craft is no stranger to controversy. It has accompanied him throughout most of his career. For example, he was suspended in February 1998 from practicing law by the bar association and agreed to resign five months later in the wake of a felony conviction for subornation of perjury. The charge was filed against Craft after former Letcher Circuit Judge Larry Collins told authorities he had backdated an order in a probate case at Craft’s request. The revelation by Collins came after he himself was indicted on bribery charges in November 1991, less than a year after he became circuit judge.
Even while serving as the school district attorney, it was discovered that Craft was receiving several unexplained payments from the district amounting to almost $45,000 a year. The favoritism was so shameless that the then-state Commissioner Wilmer Cody ended up having to veto the local school board’s choice of special programs director Anna Craft (former wife of James Wiley Craft) for superintendent, which he had threatened to do if the board nominated current or past district employees.
It should also be noted that Craft’s own Chief of police, Tyrone Fields, was once arrested for DUI (he was found in his car passed out drunk in a Taco Bell drive- thru) and was allowed to remain on duty in the chief’s position, while the investigation was underway. “Just like everyone else, the presumption of innocence follows the police chief until he is proven guilty,” said Craft. (This is the incompetence I was taking about). “At that point, if in fact he is proven guilty, he will be disciplined here at City Hall.” (This was actually a brilliant move on Craft’s part, keep everything in house to avoid public scrutiny). This is just the type of privilege that being loyal to Craft brings with it. (It also doesn’t hurt that most of Fields’ family has either worked, or is currently working, at City Hall).
All of this of course is appropriately documented, in addition to being well known, throughout the community. Yet, surprisingly, or maybe not so surprisingly given that Mitch McConnell keeps getting re-elected, most in the community do not seem to care. Much like any other demented earthworm writhing in a Mid-western manure pile, they seem obsessed with screwing themselves as often and as brainlessly as possible.
To put it crassly, the citizens of Whitesburg resemble an individual who’s memory for political events is little better than the attention span of a ferret, on crystal meth, in a mirror store. They appear categorically incapable of remembering political events that happened more than a few months in the past, never mind accurately assigning blame and credit to the politicians involved. This is extremely dangerous, as it makes it virtually impossible to achieve democratic accountability at the polls—and crimes and triumphs from yesteryear are forgotten rather than used to make decisions.
Although, since removing Craft (or even holding him to account) is about as likely as Sarah Palin explaining string theory, let me end with this: “It is said that power corrupts, but actually it’s more true that power attracts the corruptible.” As scientist and author David Brin once pointedly noted. And although my political experience is admittedly limited, I’ve personally never met anyone more corruptible than James Wiley Craft. But to be fair “Few men”, in the words of our Founding Father George Washington, “have virtue to withstand the highest bidder.”
Labels: Understanding bullshit