Music Review: Down: A selection from the album No.4 by Stone Temple Pilots 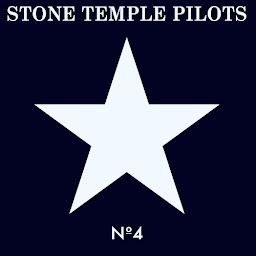 Down served as this album’s lead single and was recalibrated for the late ’90s, which means its chugging riffs sound in line with the nu-metal bands that were ascending at the time. (The song was also nominated for Best Hard Rock Performance at the Grammys). It’s a dark, contorted album which chooses to rupture itself, again and again, with tiny hints of shimmering beauty and yet somehow, they sold it. Even managing to sound like a band roaring back to life while their frontman beckoned:
“Will you follow me down now/ Down now.”
In a lot of respects this album was their darkest, certainly their heaviest. Existential angst for a new millennium. Closing out a decade they helped define. However, No. 4 was almost a dinosaur upon arrival, a swaggering and snarling rock album at the postscript of grunge’s cultural cachet. But luckily the album never suffered the same overexposure as some of the earlier STP albums; its mellower moments glisten and are refined like never before.
This is the album in which you can literally hear every version of the band — Weiland modulating his way through different classic rock icons from Iggy to Bowie to Morrison, the DeLeos bringing both crushing melody’s and sickly-sweet psychedelia — coexisting and melding. It sounds like a summation and evolution of the preceding three STP albums, like a band that might’ve rediscovered their fire but were also not going to throw out everything they’d learned.
No. 4 wasn’t exactly the band’s best promoted album, however, the blame for which must be set squarely at the feet of the late Scott Weiland, as he kicked off a one-year jail sentence just before the LP’s release. It was a shame, too, because not only is it the band’s strongest album, but it’s also one of their hardest, so one can only imagine that those live performances would’ve kicked some serious ass on the road.
Derided for most of their career, STP was viewed as the “Nickleback of the early nineties.” And yet I’ve always been in the pro-STP camp. STP, in my not so humble opinion, was actually one of the better mainstream acts of the grunge era, with the catchiest combination of grunge, glam, and pop hooks. Nonetheless, it was the music video for this song which drove me to pick up the guitar and start playing. Ever since I first saw guitarist Dean DeLeo shredding his Gibson Les Paul while rocking a flannel shirt and ripped jeans, classic Chuck Taylors, with long hair in his face, and a lit cigarette hanging out of his mouth. He looked like the coolest mother fucker I’d ever seen.
Labels: Music Reviews