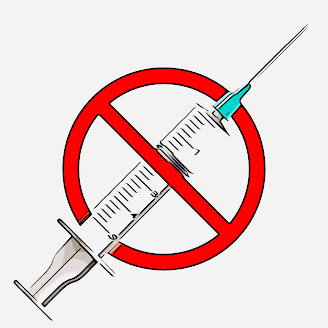 With any luck, one of the handful of promising Covid-19 vaccines currently going through human trials will meet with regulatory approval, maybe even by the end of this year. One thing worrying public health officials, however, is what happens if a significant number of people don’t want to be vaccinated?
Vaccines are responsible for saving millions of lives every year, and yet there has always been a small but hardcore contingent of anti-vaxxers that rejects the science about immunizations. And unfortunately for us, their ranks have grown even stronger during the pandemic. National health authorities, along with the World Health Organization, are now having to engage in a furious game of whack-a-mole as they try to knock down bad arguments and correct misinformation. (The only other thing besides the virus that seems to be contagious is the misleading information spread by anti-vaccine movements). This has caused such an immense problem that the WHO has also labeled the anti-vaccine movement: “a major threat to public health.” (Ever notice how most of the “Covid isn’t a big deal” people all look like jars of mayonnaise with American flag tattoos?).
All of this nonsense is leading to one place, and you already know where. The life-saving COVID-19 vaccine, whenever it arrives, will be decried by anti-vaxxers as yet another way the world’s governments are trying to exploit or control their citizens. But perhaps the most absurd of all the conspiracy theories being peddled by anti-vaxxers is that the pandemic we’re dealing with is actually the result of the deployment of 5G wireless technology. (This claim is too stupid to even address. So I won’t).
Look. Science isn’t perfect. There have been issues with vaccines. Issues that are out in the public domain to be read about. Issues that science and medicine have sought to fix as soon as they’ve appeared because science cares about our children. (Anti-vaxxers do not). Instead, anti-vaxxers are a danger to the rest of us and should be treated as such by the media and by governments the world over.
Yet, our revered fourth estate, is far too often attempting to seek “balanced reporting”, while actually only ever achieving a false equivalence; lending weight to crackpot theories without declaring them as such. And by doing so, they manage to subvert the popular media, planting doubts and creating belief in the magical preventative properties of…(silver water)? So anti-vaxxers feel empowered. And important. And extra special. But are in fact just confused, fearful, out of their depth, suffering from delusions of importance, playing a game, wrong, and by virtue of their impact, malevolent.
Too harsh? Fuck you!
Death is exactly the endgame these selfish, malice-filled scumbags are playing for when they persuade parents to look away from decades of science and instead look towards some unsubstantiated pile of lies, false hopes, and tinfoil hat conspiracy theories, which is always complete and utter foolishness. (I’ve actually been called a sheep and ridiculed by anti-vaxxers for putting my son’s health in the hands of doctors instead of crystals and herbs).
If even the possibility that some of their anti-vaccine bullshit had any role to play in any one person’s death, then I hope it haunts them to their grave. If they swayed a single parent to avoid a vaccine for a child who later died, they have been an accomplice to any misery that follows from their infection, as much as the virus that caused it. (I hope that misery is visited upon them as well). They had the chance to inform parents, to help them make the right decision, and instead, they used that chance to cause harm. I don’t think there is any place for them in our society and they should really take their friendless, pitiful, uncaring, selfish existence away from the rest of us so we can be healthy and work towards a better world.
Keep in mind, I’m not talking about those people who don’t have access to vaccines nor am I referring to the vaccine-hesitant; those who aren’t sure about vaccines and vaccine schedules and worry about risks to their children. They have honest questions and concerns. And, for the most part, those concerns can be addressed with care, explanation and time. Communication and access to the right people will do wonders. I’m talking about those predators out there who actively prey upon these innocent concerns. The people (anti-vaxxers) who would rather watch our children get sick and succumb to otherwise easily preventable diseases. Diseases science and medicine have worked hard for decades to bring to near extinction. (Only to have these morons wade in and fuck it all up).
Is there any way to fight the anti-vaxxer line of bullshit? (Not really). That community has already proven itself immune to actual scientific research (it’s all a scam!), advice from health experts (they’re being paid off!), and common sense (what’s that?), so prepare yourselves. The pro-coronavirus, anti-vaccination movement is already beginning to stir.
Labels: Understanding bullshit