Ask a Book Critic: Should We Read Books We Disagree With? 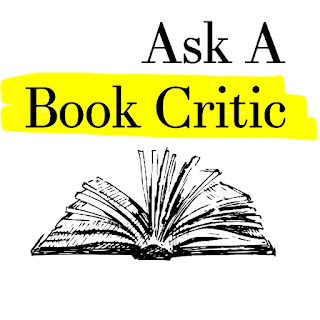 If I was ever going to instigate a purge of books containing ideas I found offensive, sexist or just plain incoherent and stupid, I know where I’d start: my own bedroom. Fact is, I’ve got loads of them. So much so that were I of a certain persuasion, I’d never leave the house. After all, surely no self-respecting progressive would ever read books like: Culture Warrior by Bill O’ Reilly, Dangerous by Milo Yiannopoulos or The Redneck Manifesto by Jim Goad (I ought to deplatform myself). And yet I’m not about to do so, no matter how shameful some of my literary choices have been over the years.
Isn’t there at least some value in encountering new ideas – even if one’s mind remains unchanged at the end? I would never have finished college if I had excluded all of the books – most books, in fact – I found somewhat or even extremely disagreeable. Yet I learned from those books, just as I learned from the books that only seemed to confirm my own preconceptions.
Reading books that don’t reflect your worldview can sharpen it. You may have a vague sense that an idea is wrong, but it’s only when you’ve seen it explained in full that you can say exactly why. Or you might have tried to tell yourself that although someone’s arguments seem incoherent, there must be some other layer that you’ve misunderstood. It’s only by plunging in and testing things out for yourself that you can lay any doubts to rest.
Look I get it. Reading is a pleasure and a time-consuming one at that. So why bother reading something you disagree with? Because reading what you disagree with helps you refine what it is you do agree with, what it is you value, whether it’s a style, a story line or an argument. Sticking it out for 300 pages means immersing yourself in another person’s world and discovering how it feels. That’s part of what makes reading books you despise so hard to dismiss.
Debaters understand this. That in order to know something, you can only figure it out in opposition to something else. All it takes is for me to read a book by Howard Zinn or Paul Johnson for example, each gleefully hate-worthy in their own polarizing way, to locate my own interpretation of history. This is what I find so invigorating about hate-reading. To actively grapple with your assumptions and defend your conclusions gives you a sense of purpose. You come to know where you stand, even if that means standing apart. If you only know one side of an argument, then you’re only going to be half as smart as you otherwise could be.
In some of my earlier, more carefree days, I’d simply allow the contents of books to gather agreeably in my head as I read them and have them file out when I was done. Either I enjoyed a book or I didn’t. But I now understand that I wasn’t really a reader then. I only became a reader by wrestling with books I didn’t particularly enjoy or agree with. It was only by burrowing through books that I hated, books that provoked feelings of outrage and indignation, that I truly learned how to read. Defensiveness makes you a better reader, a closer, more skeptical reader: a critic. Arguing with the author in your head forces you to gather opposing evidence. You may find yourself turning to other texts with determination, stowing away facts, fighting against the book at hand. You may find yourself developing a point of view.
I’ve hated my way through many books. But as I trudge along, I often find that very loathing is mixed with other emotions — fear, perverse attraction, even complicated strains of sympathy. (This is, in part, what makes negative book reviews so compelling). It can be interesting, and instructive, when a book provokes animosity. It may tell you more about a subject or about yourself, as a reader, than you think you know. It might even, on occasion, challenge you to change your mind. Of course, many hateful books simply clarify and confirm.
My taste for hate reading really began with The Fountainhead which I opened in a state of complete ignorance as bonus material for a college course on 20th-century literature. Within pages, I found myself suffering at the hands of its tyrannical egomaniac of a protagonist, Howard Roark, forever plunging a fist into soil and holding forth. Still, I persisted. A hundred pages later, I was more of a socialist than I’d ever been before or since. I finished every wretched page of that goddamn book in alternating states of fury and despair, and when it was finally over, I tried to leave the vague echo of Dominique, stomping around in her evening gowns, behind. What stuck was the abiding knowledge that I was not, nor would I ever be, a cocksucking libertarian. If I hadn’t read this book, a part of me might always have worried that maybe – just maybe – there was something in it. But there isn’t.
Hate reading can even help bring readers together. Sure, it’s nice when people like the books you like. But an even more stimulating excitement comes from finding someone else who hates the same book as much as you do. This is why book critics love commiserating. Some of the most spirited discussions I’ve ever had have been with other readers over just how despicable or disheartening we’ve found something we’ve read.
So go ahead, bond over that hate. Or hate it all on your own, knowing that someone, somewhere wants to throw that same goddamn book against the wall just as much as you do. Just please read the book before you do. Otherwise, don’t waste my fucking time.
Labels: Ask a Book Critic