Murder Manual: The Chilling Story of the World’s Most Dangerous Book 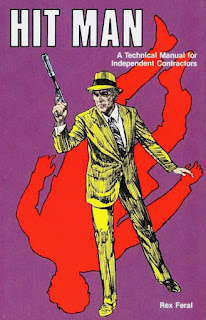