Book Review: The Death of the Liberal Class 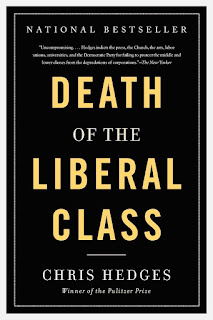 The Death of the Liberal Class by Chris Hedges
My rating: 4 of 5 stars