Book Review: In Defense of Looting: A Riotous History of Uncivil Action 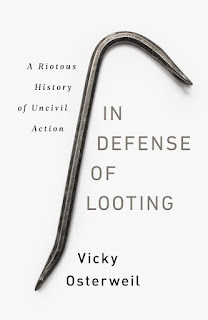 In Defense of Looting: A Riotous History of Uncivil Action by Vicky Osterweil
My rating: 5 of 5 stars