Book Review: In Defense of Looting 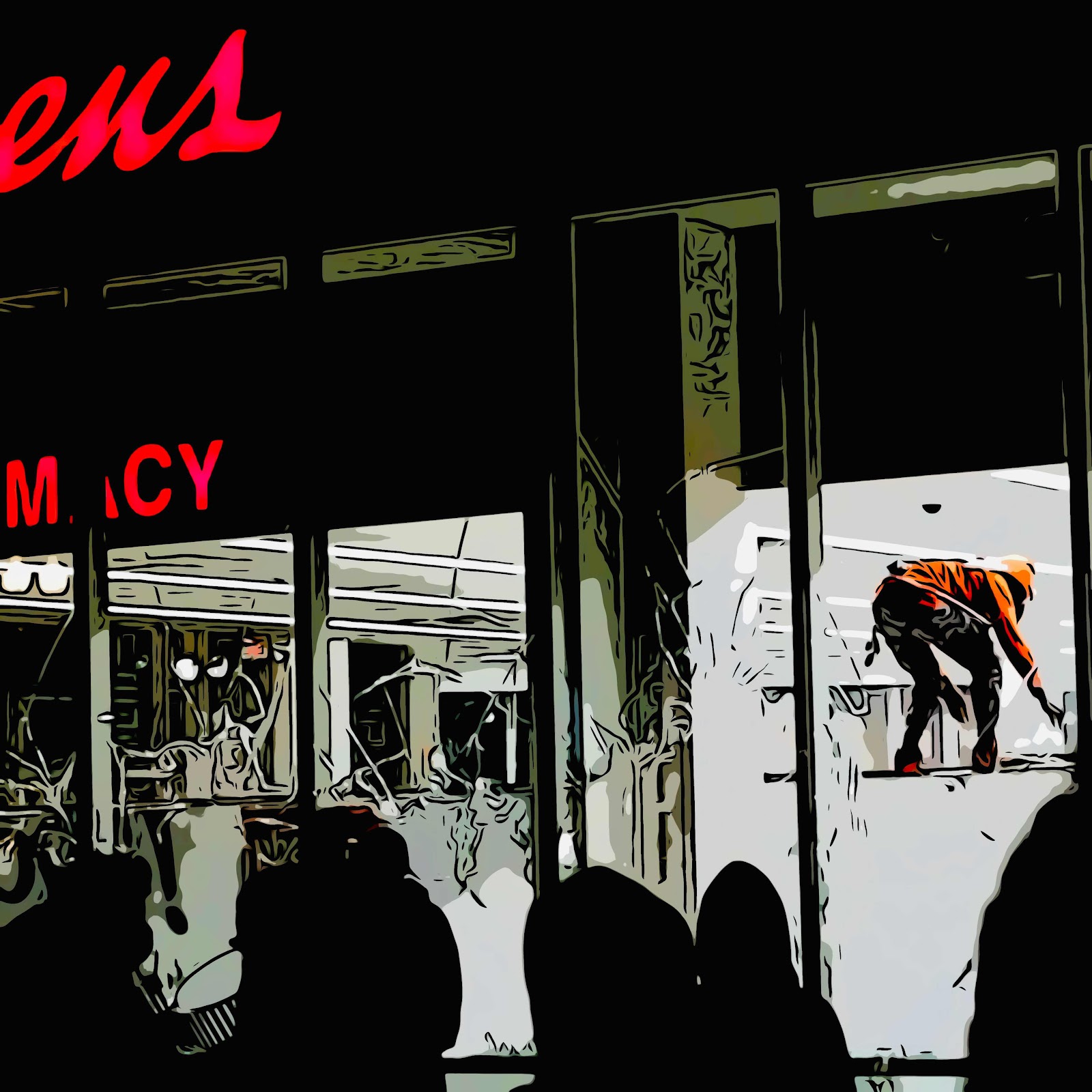 By Cody Sexton
I feel it’s important to start this review with a fairly noticeable distinction (a distinction that I’ve always felt was rather self-evident). If you go to someone’s home and take whatever you want without permission, you are stealing. If you go to a business (i.e. an expropriator) and take whatever you want, you are looting. Looting involves taking back what has already been stolen. To fail to understand this requires a level of indoctrination, or more likely cheeky imbecility, that I can’t even comprehend. The distinction is that obvious.
Yet, judging from the many one-star reviews this book has garnered, it's clear to me that most, if not all of these reviewers, haven't actually read the book but are simply expressing a knee-jerk reaction to the books premise, or more specifically, a reaction to the authors contentious NPR interview.
As a reviewer it’s crucial to understand that whenever you are critiquing a piece of writing, it’s not only beneficial for the reviewer to have read the book but then also to respond to the arguments made therein. It’s the pinnacle of ignorance to critique a book based solely on your reaction to it, let alone one based solely on an interview done with its author. This is not criticism. (In this case, it’s actually capitalist propaganda in the guise of criticism). And I have zero respect for these types of reviewers. Reviewers who too often place their agenda, not just ahead of what they are reviewing, but ahead of their own common sense.
“Happily I see very few people sharing Osterweil’s NPR interview approvingly,” writes Graeme Wood for The Atlantic. “I haven’t yet encountered anyone who has read the actual book, which combines tedium and indecency in ways I had not previously contemplated. If Osterweil’s defense is a bad one, she has now given other pro-looters a chance to reply to it and say why. If they do not, we can assume that they agree with Osterweil, and her argument is the pinnacle of looting apologia. A week ago, you could have said that looting might not be so bad, and I might have wondered what you meant by that. Now I will ask you if your reasons are the same as Osterweil’s, and I will make fun of you if you say yes.”
Allow me to be the first to respond to Mr. Woods moronic attempt at critical thinking. I never really expected a member of the ruling class to either support or understand the theoretical underpinnings of Osterweil’s arguments for the abolition of private property, much less the actions that lead to it. But the fact that Wood universally derides it is how we know it’s true. Because whenever you write anything truthful about something political you can pretty much guarantee that the bourgeoisie will throw a fit about it and engage in every type of confusionist idiotic rhetoric they can come up with.
Steven Horwitz, a professor of free enterprise at Ball State University in Indiana, said something equally as stupid when he wrote: “Destroying a small business is akin to destroying an artist's studio, a scholar's library or a chef's kitchen. It's not just a matter of the loss of material goods, and insurance isn't the point. It's a loss of the space in which they make meaning in their lives and for others. People who defend rioting defend the destruction of the very things that make us human. They are the ones being unjust.”
Horwitz is plainly a ridiculous person. Whom is being exploited by painting a portrait or making a soufflé? Or reading a scholarly work? Is he willing to claim that these are examples of self-exploitation?
However, one of the most egregious critiques of the book, comes from Reason magazines, Steven Greenhut: “The governor, and even the president, can declare that people may live rent-free in other people's buildings. Congress can run up debt to send us stimulus checks. Governors can arbitrarily force businesses to shut their doors, thus destroying what entrepreneurs have spent their lives creating.” Before then adding the superfluous little ditty: “When my oldest daughter was very young, she asked why we have to pay for things. "Why can't everything be free?" I explained that if everything were free, no one would work or produce anything or invest in factories and stores. In almost no time, we'd be staring down vast shortages—and people would go hungry. Violent thugs would rob and pillage. Society would collapse. That was a great question from a 6-year-old, but Osterweil is an adult.”
Let’s see if I can break this down for Mr. Greenhut, whose passive income has seemingly destroyed his ability to understand Osterweil’s arguments. You have two options in this world: You are either exploited by others or you exploit others. I know this much a leech like Greenhut can appreciate. Why else would he invest in property? (i.e. exploit peoples need to sleep in doors).
Understand: the reason people, exactly like the dullards referenced above, hate looting is precisely because it is a direct form of action. Because with direct action you act as if you already have the freedom you are after. Ignoring those in power. Which is something that bothers defenders of the status quo infinitely more than simply chanting and holding signs that read: “We think you’re evil!” 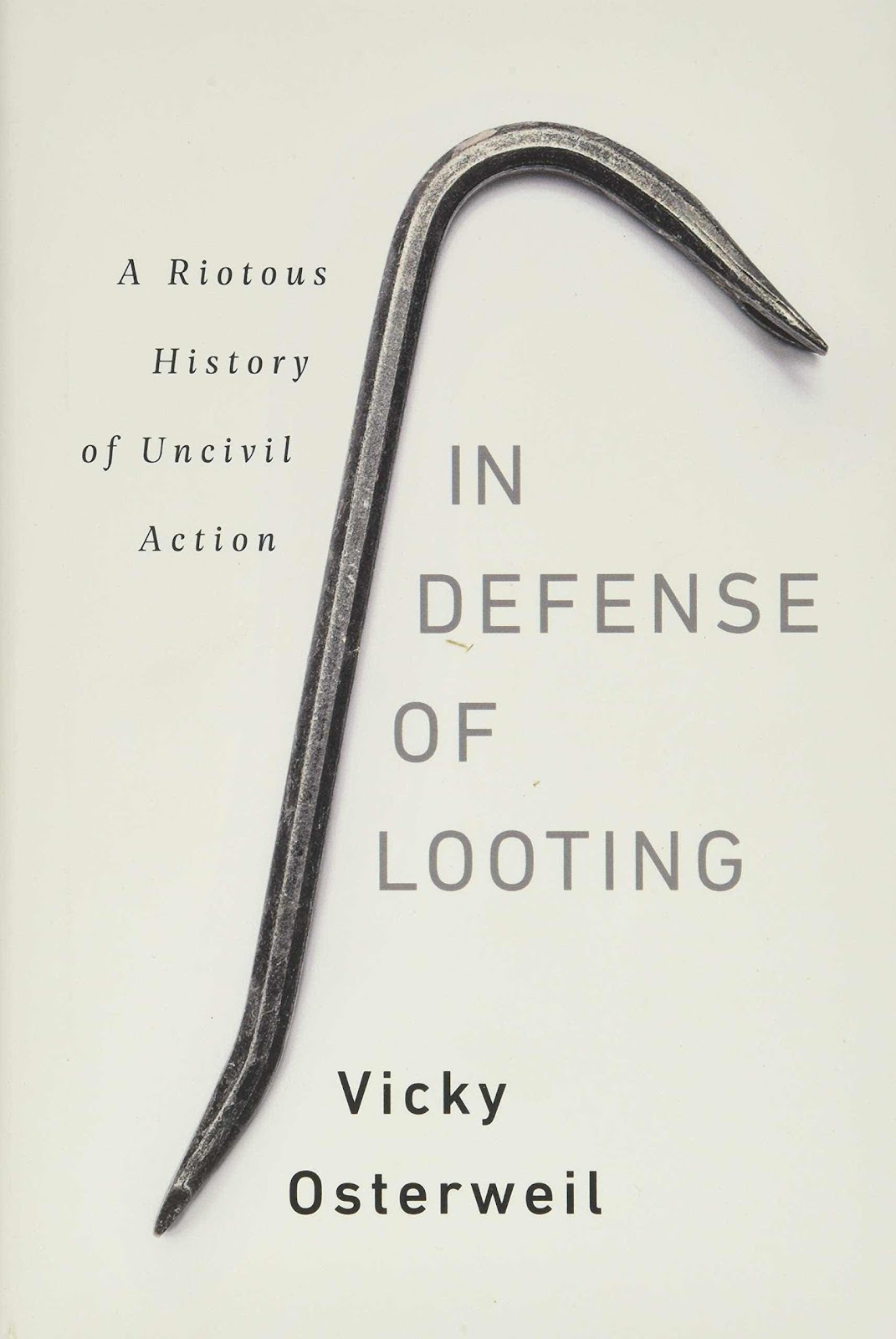 5/5 Stars
Cody Sexton is the managing editor for A Thin Slice of Anxiety. His work has been featured at: Writer Shed Stories, The Diverse Perspective, Detritus, Revolution John, Due Dissidence, and As It Ought To Be Magazine where he is a regular contributor. In addition he is also a 2020 Best of the Net Nominee for his pioneering essay The Body of Shirley Ann Sexton.
Reviews