Article: Why I Read (A Childhood in Retrospect) 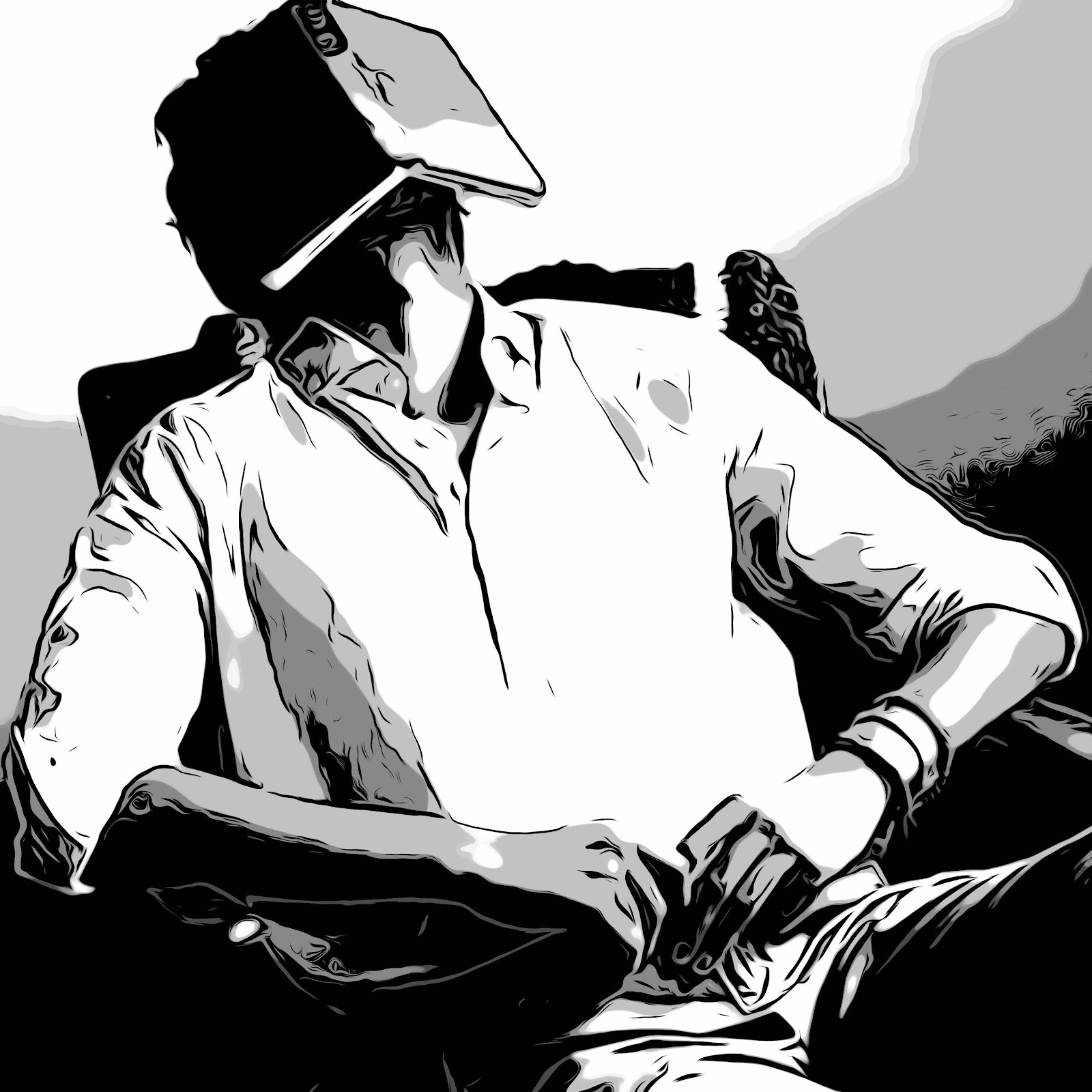 By Cody Sexton
This isn’t going to be a question I can completely answer, as there are numerous reasons why. Some of which are obvious, while others remain hidden. Yet, I suppose my story begins where I imagine most readers stories begin; upon the lap of their mother.
On Friday afternoons my brother and I would check out one book each from the school library to take home with us to enjoy over the weekend. Once Saturday morning rolled around we would then pile onto an old yellow recliner in our living room, me on one side, my brother on the other, with our mother balanced regally in the center. And there we would sit, transfixed for hours, as we listened to her conjure up worlds like a sorcerer casting enchantments from a medieval grimoire.
A more salient reason, however, can possibly be ascribed to my Uncle, my Mothers oldest Brother. Who was always reading, usually something World War II related, and always seemed to be in command of information about any topic that came up in conversation. Which I thought at the time made him the smartest man in the world. (Although after hearing him say something stupid one day that all changed). But this was actually a watershed moment in my life because it taught me that adults, just because they were grown up and older, can still have stupid ideas.
Still, another reason, this one perhaps even more significant, pertains to my father.
The only real advice my father ever gave to me, or I should say the closest thing to advice he ever gave to me, came by way of the 1997 movie The Edge, staring Anthony Hopkins and Alec Baldwin.
As we were watching a scene near the beginning of the film, Charles (Anthony Hopkins) was challenged to guess what was on the other side of a wooden paddle. The side shown to the audience was of a panther, which was a symbol of the Crew Indians, a traditional motif. The opposite side was of a rabbit smoking a pipe. Which Charles of course knew and answered correctly.
My father asked me how he knew this, to which I responded that I didn’t know. And then he said something to me that I have never forgotten. And which has genuinely come to define almost every aspect of my life:
“Because he reads a lot.”
Those few words was all it took. What was once an ember was now a blazing inferno. So I set out to do the same. I wanted to be as smart as Charles.
At the time we had a complete collection of Encyclopedia Britannicas, this was pre-Wikipedia, and I decided that in order to become “smart” I needed to read through the entire series. And I did. I actually read through all thirty-two volumes. Although I don’t remember much of what I read, and now most of the information is probably obsolete, it was a task that I enjoyed and I do still remember quite a bit from the endeavor. (I can also remember the make shift book mark I used. Which was a discarded candy wrapper from a snack size Three Musketeer candy bar featuring characters from Universal Studios Monsters).
I even read through an old American Heritage Dictionary we had. I actually read damn near everything in the house. Words came to matter to me and my father seemed to respect the character in the movie we were watching and I wanted that same level of respect. Whether or not I’ve achieved this is anyone’s guess, but I have inhaled books ever since.
Books allowed me to be myself in a way nothing else had. Allowed me to be alone. (I enjoy being alone, probably more than most). It should be no surprise then that I became a writer later in life.
Nevertheless, as I was writing this article, another memory emerged. One where I was around nine or ten years old, and reading a book by the American author Ann Rice, Cry to Heaven, when I overheard my mother being scolded by a few members of our immediate family, about letting her son read “such filth.” That the book, was “sacrilegious.”
They of course had no idea what the book was even about, the title alone had set them off, but my mother never took the book away from me. Nor any other. And that’s the one thing I am most appreciative of from my childhood. The fact that I was never denied access to any book or movie I wanted to consume. My entertainment was never restricted. Having the freedom to read coupled with the freedom to choose what to read, was the greatest gift my parents ever gave to me. So, Mom, Dad, if you’re reading this, thank you. You’ve enriched my life in ways you could never understand.
But, for those readers who still may be wondering why exactly the rabbit was smoking a pipe? Because he is unafraid. Why is he unafraid? Because he’s smarter than the panther.
Cody Sexton is the managing editor for A Thin Slice of Anxiety. His work has been featured at The Indie View, Writer Shed Stories, The Diverse Perspective, Detritus, Revolution John, Due Dissidence, and As It Ought To Be Magazine where he is a regular contributor. In addition he is also a 2020 Best of the Net Nominee for his pioneering essay The Body of Shirley Ann Sexton.
Articles