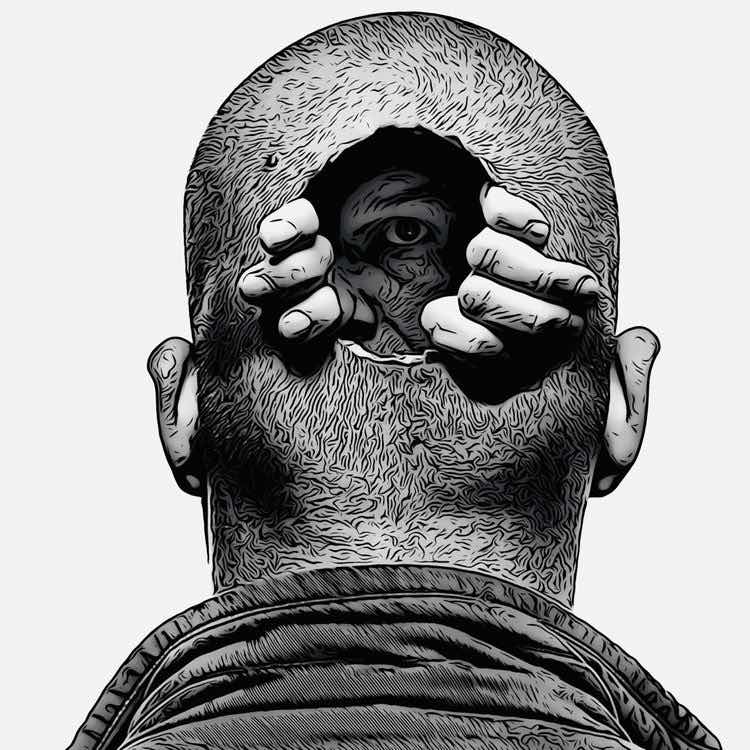 By Sebastian Vice
In the summer of 99, Marcus Greene was sentenced to death for first-degree murder. The state’s Good Convict Statute afforded what they called one last good day.
Marcus wore blue jeans, a Tupac shirt, and a Red Sox hat. He hated baseball, but loved Boston. He said the city made him hard as nails, the hat something to believe in, and the shirt a dream of what could have been.
Marcus declined religious consul. He said religion never served him, and if he had a soul, he didn’t care where it went.
His uncle raped him when he was ten, then again at eleven. Marcus said he cried at the funeral, but didn’t know why.
He drank two Budweiser’s at Mickey’s Tavern. He could have had something better, but he told me it’s what his mother drank after his father’s beating.
For thirteen years he lacked a woman’s company, but refused the offer for a $3,000 escort. I suppose death makes it hard to maintain an erection.
He cried when he placed flowers on his mother’s grave and apologized for stealing $20 back in 83 and for crashing her car in 87.
Marcus looked to the sky, and said he’d sing with the angels, or maybe cry with them. Perhaps he’d see his mother again and apologize properly. And maybe he’d see Deliah, the only woman who was more than a quick fuck.
He apologized for beating his son with a stick. And a belt. And for sending him to the hospital with a broken forearm. His son slammed the trailer door. We walked away from expletives echoing inside.
We finished by watching the sun set on a lonely park bench. The sky a tapestry of reds and yellows. He was convinced God painted it just for him. He puffed a cigar, cracking jokes about cancer and shortened lifespans.
I forced a laugh.
I’d like to say Marcus was different from the others. That my experience with him was unique and meaningful, but like the twenty-three others, he carried with him a somber tone, like AA alcoholics marinating in self-pity.
Returning to the prison, he grasped my hand and thanked me. He asked if it was too much trouble to see a friendly face when they inserted the needle.
In a room full of reporters, and a few morbid onlookers, the life drains from his eyes.
#
I left a lot out of this story, but don’t we all embellish to make our drab lives a little more interesting? To what depths did you suspend your disbelief?
Marcus wasn’t an inmate, but a dog about to be put down at an overcrowded shelter. As a sign of mercy, they let me take dogs on One Last Good Walk.
Marcus was given a beer, the shelter said he liked Budweiser as that’s what his owner gave him.
He humped a tree and onlookers averted their eyes. I held back laughter.
He circled and barked at his master’s grave.
He lunged at a child, but I pulled him back. I apologized and the mother scolded me for having a poorly trained mutt. We left after I called her a bitch.
We played fetch, and chased after frisbees. He frolicked around the dog park, mostly avoiding the others.
As the day closed, the clouds darkened and it rained. He ran through the mud and brought me a fish carcass.
Returing to the shelter, I caressed his back as the life drains from his eyes. Marcus was the first of many canines to have one last good day.
#
We all embellish, perhaps me more than others.
There was no dog. I’m more of a cat person. And no, my house isn’t a cat farm. I know each of the sixteen by name, and they are regularly checked by the vets.
I live alone with my books. Men find my body attractive, but my personality repulsive. Women say my demeanor is cold and uncaring. One woman described me as sociopathic, but she doesn’t know what words mean. It’s not that empathy is lacking, but that I prefer the words of dead men over the chatter of empty heads. All my drama is captured within Shakespearean plays and Homeric tragedies.
I smoke a pack a day, and joke about making cancer great again. The recycled routine of work, sleep, and eating makes my shortened life span less depressing. One last shitty life.
We all embellish. Perhaps I more than most. Which version do you believe? Which story do you want to be true?
Sebastian Vice is the founder of Outcast Press, an indie publishing company specializing in transgressive fiction and dirty realism. His poetry and short fiction has, or will, appear in Punk Noir Magazine, Close To The Bone, Cinnabar Moth Publishing, and the anthology In Filth It Shall Be Found. His debut novel Heaven's Tourist will be released Nov 2022 (Cinnabar Moth Publishing), and his second novel Driver will be released August 2023 (Cinnabar Moth Publishing).
Fiction Sebastian Vice