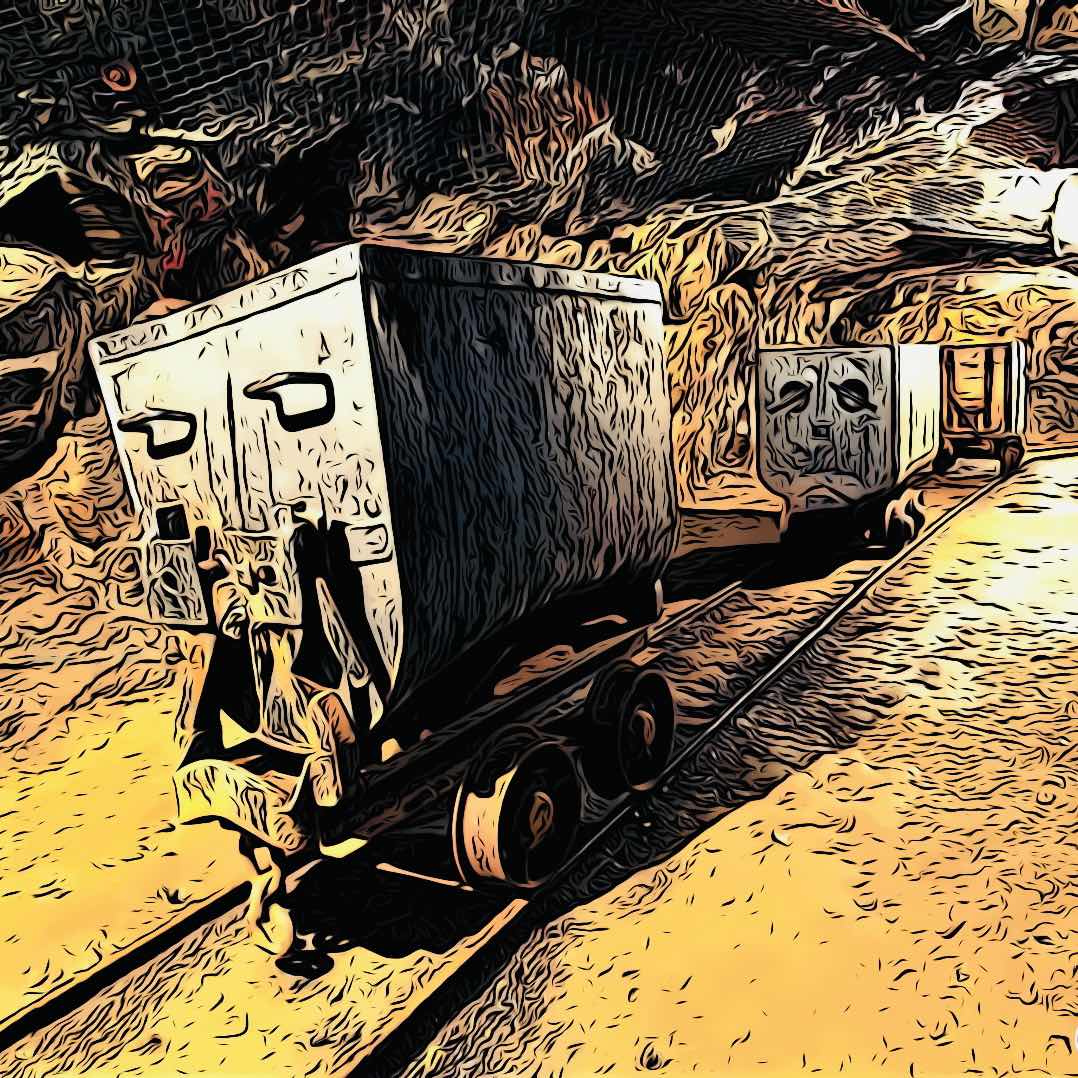 By James Roth
There used to be an illegal gold mine a few hundred meters from the Africa University campus, where I worked as a lecturer. An amber-colored trail near the Institute of Peace, Leadership and Governance Building led to the mine.
One hot day, when the sky was a deep blue, I walked down that trail, until the open-pit mine came into sight, and rested briefly in the shade of a tree. Men were working along the rim of the mine. Many of them were shirtless. Others had on mud-smeared T-shirts.
Continuing on, I crossed a muddy stream and stepped up onto the rim of the mine and said hello to the kind of man who fits the image and personality of a supervisor: pudgy and affable. His name was Frank. I told him I was a lecturer at the university, and that I was curious about the mine, how it operated.
In the pit below us, a meter away and about ten meters deep, in a pool of muddy water filled with melon-sized rocks, were twenty or thirty men filling yellow plastic buckets with water.
While studying the men as they worked, I asked Frank about the mine. He answered me honestly, I think. The mine recovered between ten and twelve grams of gold a day. On this day, a gram sold for forty-two U.S. dollars. The boss of the operation sold the gold to a middleman in a bar in the Motomoto area of Mutare, a city in the eastern highlands of Zimbabwe on the border with Mozambique. (The Motomoto area is known for its criminal side: the selling of stolen phones, mostly, but also prostitution and drugs.)
There were fifty miners. The profits from the gold were split equally among them, a good deal of money in a country where the unemployment rate is reported at between 5% and 95%, depending on the source. The informal economy--a great deal of it related to mining--keeps the economy afloat.
As I watched the miners, I realized that they were working together as a team. The men scooping water up into buckets were handing their buckets to other men who were standing above them on rock ledges, and these men, in turn, handed their buckets to other men standing above them, until the buckets had reached the men at the top of the pit, who dumped the water into collecting pools. This teamwork reflected one prominent value of Shona culture, harmony. (The Shona are the dominant ethnicity of Zimbabwe.)
In spite of the corruption, and there is plenty, Zimbabwe seems surprisingly normal. It's as if it is self-governing. Gangs don't roam the streets. Rather, Zimbos, as they are called, patiently line up outside banks for hours, waiting for their weekly allowance of one hundred Zimbabwe bond notes, about five U.S. dollars. Money changers, and there are plenty of them, have most of the cash.
I asked Frank about the police, if they asked for bribes. A friend of mine was a money changer, and he was always having to pay out bribes to them, and yet they were also loyal customers, which showed just how effective the government's control of the exchange rate was. The rate on the street was double that of the banks, when it came to buying the electronic currency, Ecocash.
There was a manned police post no more than a few hundred meters away from the mine, along the main highway. A boomtown had grown up behind the police post: a cluster of shacks made of scraps of logs and black plastic sheeting. It was a kind of Deadwood, where peddlers in the informal economy came to sell the miners T-shirts, live chickens, and corn meal, from which the staple food, sadza, is made. The boomtown had become a regular stop for kombis, privately owned mini-vans that ferry people to Mutare, about twenty kilometers away. All of this was contributing to Mutare's economy.
"Police?" Frank answered without answering. Then he said, "You have something on your neck." He reached out and plucked away a black fly.
A few weeks later the boomtown had been burned to the ground. I stopped at the police post one morning and asked a young policeman, "What happened?"
"Too much trouble," he said, "Crime, drugs, prostitution, violence."
I was a bit incredulous.
"And the gold mine?"
"Closed." He smiled. Then he asked, "How do you like Zimbabwe?" 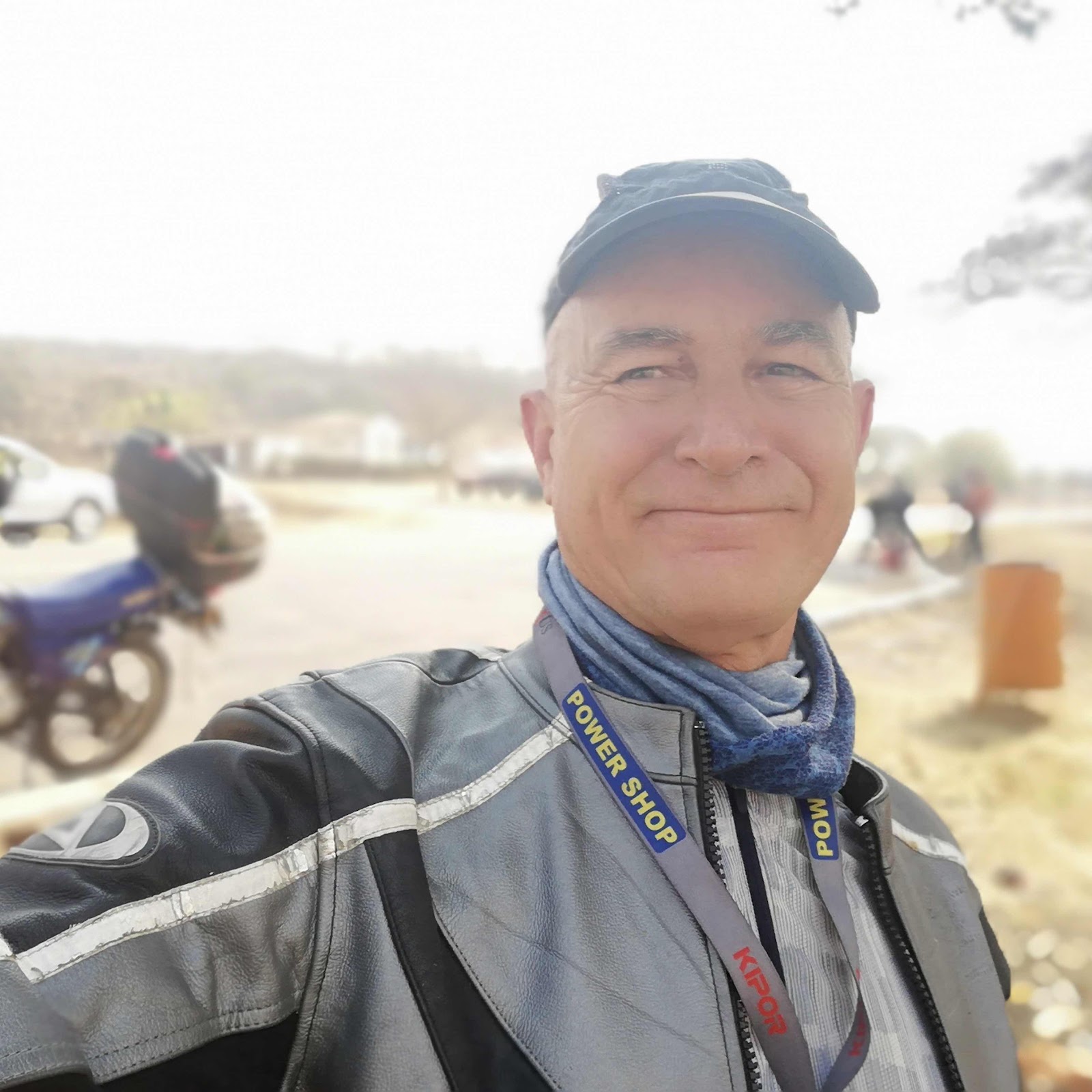 James Roth lived and taught in Asia for many years, first in Japan, Akita and Sendai, then in Shenzhen, China, and later in Mutare, Zimbabwe, where he was, until the pandemic suspended things, a fellow in the U.S. State Department's English Language Fellow Program. Now he is living in Cape Town, trying to stay safe. He just had a story published in The Bombay Review, Issue 37, January 2021, and his essay, "Black Lives Don't Matter in Zimbabwe," was listed as a finalist in The Missouri Review's Jeffrey E. Smith Editor's Prize. And a short nonfiction piece, "Mr G. the Diamond Peddler," was published on Ariel Chart. When he was in Japan he had several nonfiction pieces online, in The BlackTable and Flakmag. In addition he is also currently editing an historical mystery novel which is set in Japan's Meiji period.
Creative Nonfiction