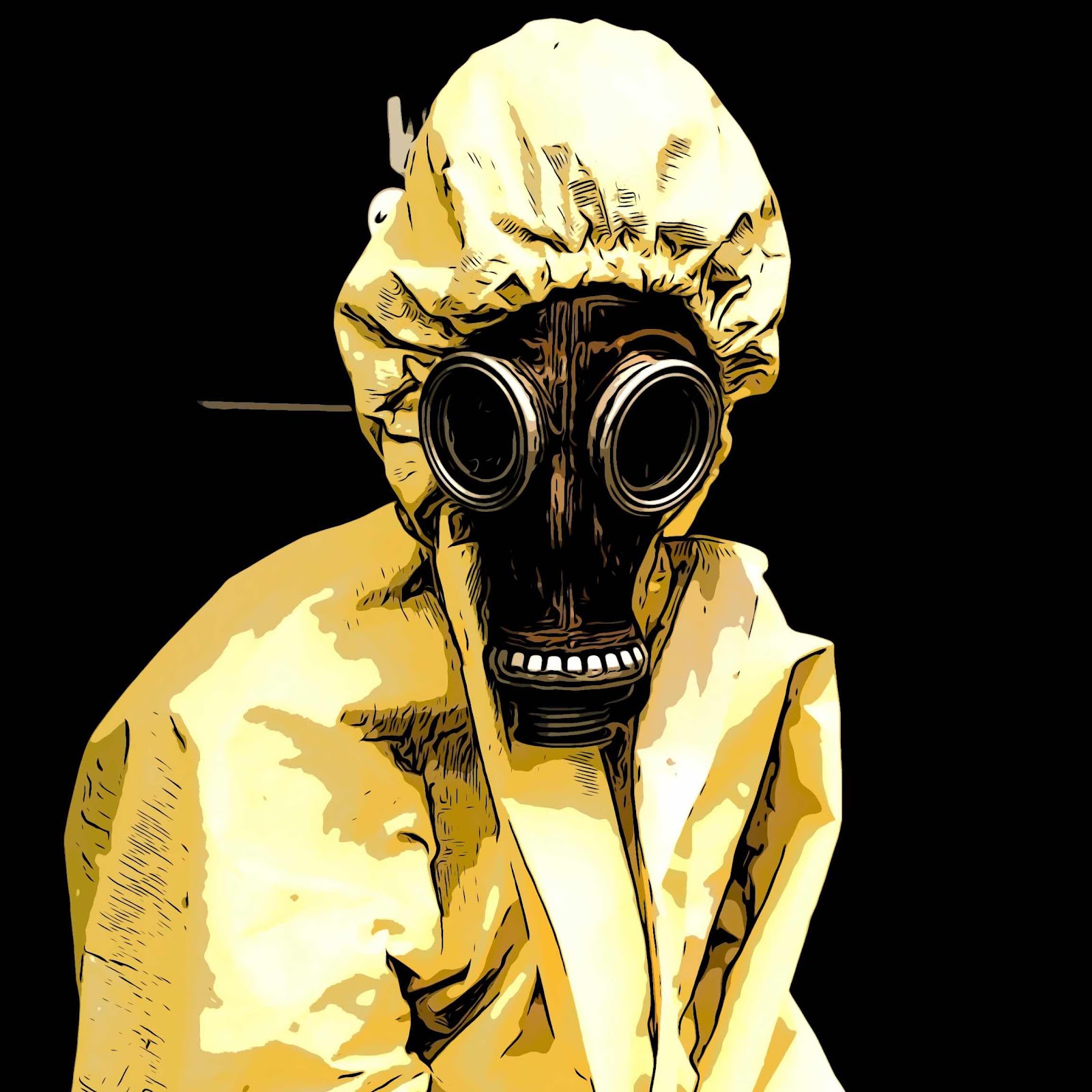 By Jory Pomeranz
They touched nothing shared before leaving. The lemon biscuits in the fridge were left to mold and there was a half drunk bottle of soda. Nasma’s favorite blouse of blue cotton with white pepper-flowers weaving around it was mixed in with her father’s clothing. Teta even left the book she’d been reading. Sitting on the floor of their kitchen where they had shared fig and apricot bread that morning and left their father for their grandmother Emine’s house. He loved them dearly and wanted them to stay far away from him.
It wasn’t uncommon for locals to chase down the body trucks, throwing rocks and pieces of trash at them. They would curse the neon gowned and orange masked medical workers for taking their beloved ones off to be incinerated. They flooded the shanty houses with bleaches. The epidemic hadn’t touched Nasma, but slowly even the wealthy, who went to school at American schools and whose homes had doorknobs between rooms, they too felt the fear of the sickness. Two nights prior to leaving her father, she had cut her ankle on the pandanus plant outside her window, sneaking out. She would meet Uriel to go dancing. He was the first man who had kissed her and touched her growing breasts. She made love for the first time to him. She had thought him a hero working for Body Team 6, until she found he fetched her father’s body from the kitchen floor. They burned her parent’s bed; all of the laundry on the line outside and Nasma’s blouse; they took everything from the fridge and tossed her mother’s plates from the kitchen sink; and they had taken other belongings and no one could protest to the discretion of their looting.
At school none of the student’s were allowed to borrow books or pencils from one another. None of them touched each other’s desks. When Sarafina came to school and everyone knew her mother and father had both been sickened, the other students wouldn’t even look at her. Every student read their books alone during their break from classes and at lunch. Nasma read Tom Sawyer, and she didn’t understand it. Sometimes she looked out the window while she ate her lunch, and she noticed even the clouds interspersed in the sky didn’t seem to want to touch one another. This fear filled every street puddle, it came out of every dog’s breath, it covered every coke bottle in Monrovia. When it rained no one would go out into the street for fear of stepping in a puddle where a beggar had urinated. It seemed as if the entire city had been taken away.
As months passed, Nasma became nauseous and she wouldn’t eat. She experienced more seclusion from her classmates after she vomited one day. Boys who had shown interest in her treated her as if she were ugly. She sat against the outside of the school wall next to Sarafina for lunch. It was only when her grandmother touched her growing belly did they realize she was with child. When the child was born she held the crying baby to her chest and its skin was warmer than sunbaked cotton. It stared right at her with beautiful brown eyes. She couldn’t let the child go out of fear the nurses would handle her, out of fear that it would be weeks again before she touched another person.
Jory Pomeranz has a bachelor’s degree from Northwestern University. He was accepted to the Kenyon Writers Workshop’s advanced fiction seminar with E.J. Levy in June 2017. In 2018, he attended The Iowa Writers Workshop studying fiction with Charles D’Ambrosio. His work has been published in Entropy Magazine, Evening Street Review, The Penmen Review, Ponder Review, Thin Air, and Origins Journal.
Fiction