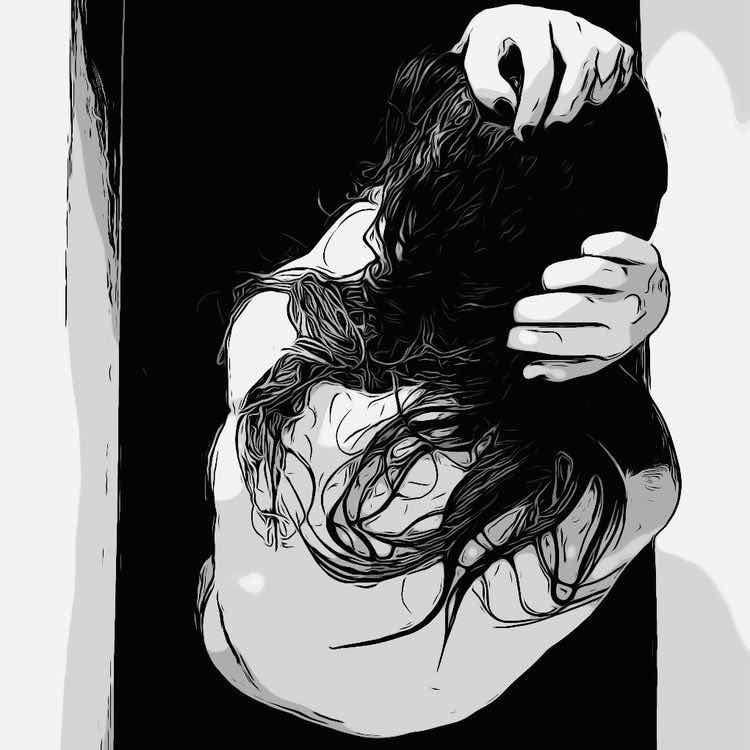 In the Dark
the thud of the dishwasher upstairs
the baby monitor
in my daughter’s room.
I hear something on the back porch
can almost see
hands ready to smash through
the deranged face pressed up against the glass
at night
sometimes
behind my head
way up, listen for monsters
sounds like voices. I
won’t turn around.
Summer Love
The places he’d been, with convoluted names
were as exotic as the places he’d lived
men bent spades into birdhouses
I wanted so badly to be with him in Colorado
to stand in the exact spot where four state lines met
and survive it all. He kept saying, Next time, next time, I promise.
I waited by the lake for him to come and get me
visions of Indianapolis burning holes in my brain
but he never came back to get me, never took me away.
In the End
the descendants of laboratory rats
of humanity, crude pumped from Arlington Cemetery
compared to the oil the dinosaurs left behind
the waste will seem limitless
even to environmentalists.
Five Years Old Is Too Young To See This World
I hear radio reports reporting, television shows broadcasting
school janitors with secret torture chambers
and I wonder how they can ask me
the trusted neighbor caught trafficking child pornography
children bringing weapons to school and I
papal heads arrested for raping boys, daycare providers hiding the dead
underground cannibal cults exposed by undercover agents exposing
drunk driving accidents involving dozens of dead
wonder when it’s safe to send him out the door, and to school
Unwinding
I know time has passed because
my reflection has been replaced
by the face of a stranger. The daffodils and tulips
have disappeared under flurries of overnight snow, and I have finished
all of my imaginary conversations, imaginary letters.
We had a lot to talk about.
There is no small talk, I don’t know
where to start. I tell you I miss the pitter patter of tiny feet
because I know that even our children are older.
I refuse to acknowledge the wild-haired, gray-eyed woman
across from me because
it can’t have been that long ago.
Holly Day has been an instructor at the Loft Literary Center in Minneapolis since 2000. Her writing has recently appeared in Hubbub, Grain, and Third Wednesday, and her newest books are The Tooth is the Largest Organ in the Human Body (Anaphora Literary Press), Book of Beasts (Weasel Press), Bound in Ice (Shanti Arts), and Music Composition for Dummies (Wiley).
Poetry