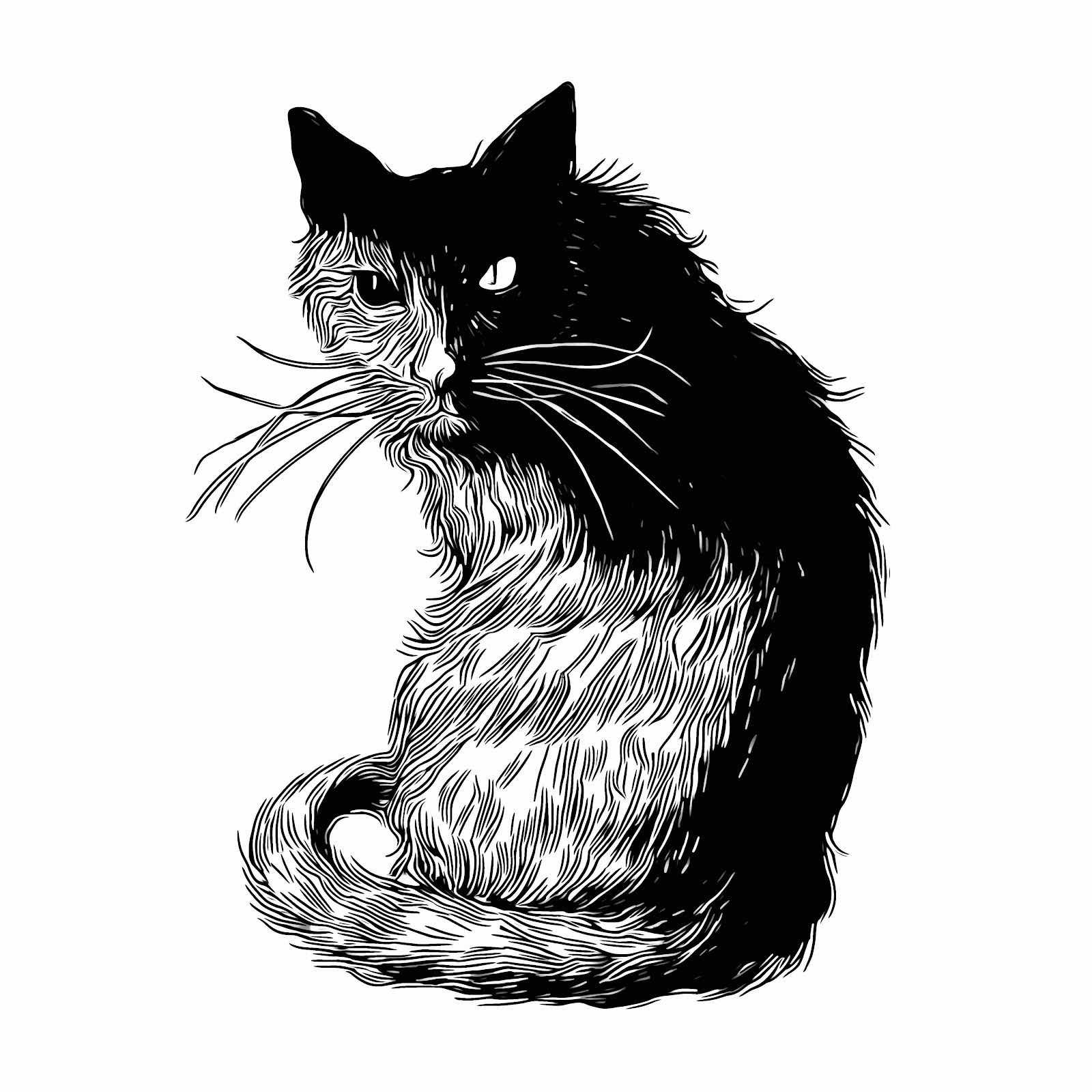 His unblinking green eyes spoke louder than any hiss or meow. His constant penetrating stare always felt like almond-shaped lasers that seared holes into my chest. My girlfriend, Sarah, and I were cuddling on the couch and watching some much-needed cheesy television. Instead of focusing on Uncle Jessie on Full House, I spent date night being watched by a small monster who despised me. Roscoe, Sarah’s cat, sat upon a silky plump rosy pillow on the opposite side of the couch. Though he weighed less than ten pounds and coated with black poufy fur, this cat’s attitude always shouted at me to “go ahead, try something with my woman.” Truthfully, since Sarah introduced me to her “baby boy,” I’d been cautiously avoiding any interaction with Roscoe. I distinctly remember telling her that I wasn’t a cat person in one of the many text messages we sent late at night while in the awkward beginning stage of dating. But she refused to believe what I said and was determined to prove me wrong.

The first night I was finally invited back to her place, she insisted on having her “two favorite guys” meet. After a short tour of her apartment, Roscoe made his appearance by jumping up on the kitchen counter and eyed me up and down like a shotgun wielding overprotective father on prom night. Immediately, my entire body went into high alert, shooting sharp frosty bursts of apprehension throughout. Sarah smiled sweetly at the cat, then asked if I wanted to hold him.

But, regardless of how much I pleaded, Sarah picked up that ball of darkness and placed him into my arms like a delicate newborn. For a moment, as I held him, I began to fool myself into thinking that maybe he was a gentle kitty and would welcome me into his world with Sarah. That moment exploded into a fiery explosion of regret and pain when Roscoe lunged at my arm and ripped out a decent chunk of skin using his sharp fangs. Sarah screamed as she rushed toward Roscoe, picked him up, and examined his body all over for any sort of harm. His eyes turned soft as he let out a gentle meow and nudged his head onto her chest. “Oh my God, what happened?” she said, looking at me wide eyed. As if I prompted my attack. I held out my arm, which was bleeding profusely and dripping onto her beige carpet like a leaky faucet and shouted, “what does it look like?” The three of us stared at each other, waiting. It was like we were all stuck driving through a large roundabout within a crowded town square. Silently expecting for someone to make the first move. Sarah huffed out a deep burst of pent-up anxiety, then kissed the top of Roscoe’s scruffy head as she sat him down on the ground. He leisurely pranced around my legs, as if to boast over his win. As he swayed his bushy tail from side to side, he gave me a final death stare before walking off into his realm of darkness in the hallway. Sarah helped me clean up my wound, wrapped my arm in an ace bandage, and tried her best to scrub out my blood from the carpet. We tried to put that incident behind us, but the faint circular stain of red is still there. It serves as a reminder to me to never ever let my guard down around that manipulative monster.

“Have Mercyyyyyy!” The audience backtrack roars with laughter.

Though I hate her cat, I’ve tried my best to play nice since I do like Sarah and enjoy being with her. I’m frustratingly playing the waiting game with Roscoe. I figure that if her cat is around ten, he maybe has a few years left before kicking the bucket. So, like any good soldier, I’m staking out my time for when that little bastard is gone, and I can claim victory. Now, after a year of dating, I’m biding my time for the day when it can be just Sarah and me. I look down at the stain in the carpet and get a flashback of my attack. Sarah must have noticed my discomfort as she sat up off my chest and asked, “what’s wrong?” I shook my head and let out a sigh.

“I wish Roscoe didn’t have to be on the couch with us right now. Maybe I would like some alone time with my girlfriend?” I said, nudging her shoulder with my own.

Sarah at once laughed, hopped off the couch, and stood before me all while tightening her loose ponytail.

“Scott, you’re too much. How about I make us some mozzarella sticks and grab us a few beers? Take off your shoes and just relax. I’ll be back in ten!” she said.

Maybe she was right, and that I needed to just relax, but that’s difficult to do when you have a small animal hell-bent on striking you when you least expect it. Roscoe hadn’t moved an inch since Sarah got up. His eyes were still locked in target mode, waiting for the cue to strike. I turned my head and looked to make sure Sarah was still in the kitchen before I let out my usual comeback of, “screw you Roscoe,” before hopping off the couch. I muted the Tv as I slid out of my shoes and placed them by the left corner of the couch. He watched my every move, like a hunter stalking his prey. His eyes locked onto their target, awaiting the perfect moment to start. I walked backward, step by step, into the darkened hallway to ensure I wouldn’t be jumped from behind. I flipped the bathroom light switch on, illuminating the apartment with a soft white warmth. His beady squinted eyes glowed a neon yellow, reminiscent of a Gremlin. I slowly closed the door, locked it, and let out the breath I held in. I sagged against the door for a moment, before pushing off it and reminding myself that Sarah would be waiting for me with comfort food.

As I washed my hands, I leaned down to rub some cold refreshing water on my face. “Keep to the plan, Scott,” I told myself softly, “once he’s gone, we’ll get a nice fluffy dog who will make her forget all about that cat.” I patted my face dry and took in a deep breath as I opened the bathroom door to find Roscoe, sitting down in the middle of the hallway, waiting. We locked eyes as I slowly crept toward the living room once more. I side stepped Roscoe as I passed him, yet he didn’t move. He was eerily statuesque, as if he was an ancient artifact in a museum that will spring to life when given the opportunity. I cautiously walked backward, this time toward the couch, and plopped down in my seat once again. Roscoe suddenly stood up and pranced to the side of the couch, stopping himself beside my shoes. Then, in an instant, Roscoe plopped himself wholly on top of my shoes and closed his eyes. His little face strained in discomfort, then transformed into the biggest grin I’ve ever seen on an animal.

After ten seconds, he opened his eyes and turned his head toward me before letting out a gentle meow and leapt off. What remained behind, upon my once clean shoes, was a puddle of warm piss and a few turd nuggets, one for each shoe.

“What in the...” I began to say but stopped abruptly as I realized what that little fiend did. A blind rage overtook me as the blood rushed to every fiber of my being. I could feel my hate for this cat burst forth out of my chest like a shotgun blast that scattered outward. Without thinking or taking a moment to calm down, I stood up and chased Roscoe to the corner of the room. Without an ounce of fear anymore, I grabbed him by his thick scruff as he hissed loudly and meowed to be saved by Sarah. Nothing was going to stop me from teaching this cat a lesson.

“You want to mark your territory? Fine! I’ll mark mine too!” I said.

I stomped my way quickly to the bathroom once more and placed Roscoe in the bathtub. I threw open the shower curtain and unzipped my pants. As he continued hissing, his eyes opened wide and stood motionless as I let out a flowing stream of piss all over his voluminous fur. Roscoe sat there, motionless in defeat. As my steady flow began to dwindle, I heard the mozzarella sticks and plate crashing onto the bathroom tiled floor. Sarah was standing there, completely in shock, she looked at me, then Roscoe, then back at me before pushing me backwards towards the toilet, as I landed my ass right onto the lid. Before I could fathom a response, Sarah began to sob. Roscoe was meowing like he was in pain and gave Sarah those pitiful eyes that screamed help me mommy!

“Sarah, I don’t know what to…he pissed and shit all over my shoes.…” I said.

As she reached for Roscoe, she pulled a bath towel off the rack and wrapped him up like a newborn baby fresh from the womb. She lifted him up out of the tub and cradled him in her protective arms. She turned to look at me, her eyes red and filled with tears, then calmly said “get out.”

I walked out of that bathroom and towards the couch. I picked up my urine and cat poop covered shoes and stood within the circular red stain of the carpet. Sarah came out with Roscoe and refused to look at me, though my eyes begged her to. As she turned and began walking to her bedroom, Roscoe craned his drenched head toward me. Before Sarah and Roscoe walked out of sight and out of my life one last time, I was given a final subtle yet powerful message. Roscoe closed his eyes as his thin lips turned upward into the biggest smile. He was grinning, pointy ear to pointy ear, and radiating total alpha satisfaction. 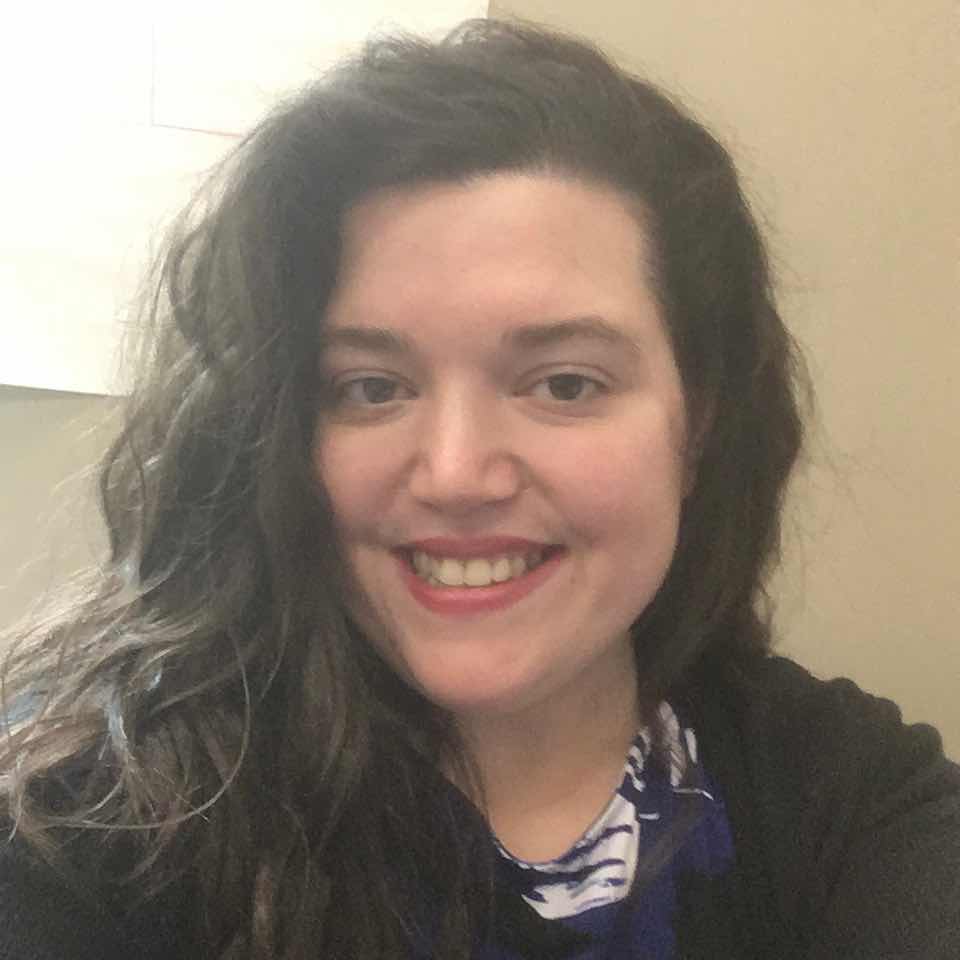 Bethany Bruno is a born and raised Florida author of fiction, nonfiction, and poetry. She holds a BA in English from Flagler College and an MA from The University of North Florida. Her work has been previously published in numerous publications, such as The MacGuffin, Ruminate, Lunch Ticket Magazine, Litro Magazine, and DASH. She’s currently working on her first novel and recently earned a 2021 Best of the Net nomination.
Fiction