Fiction: Friends on Both Sides 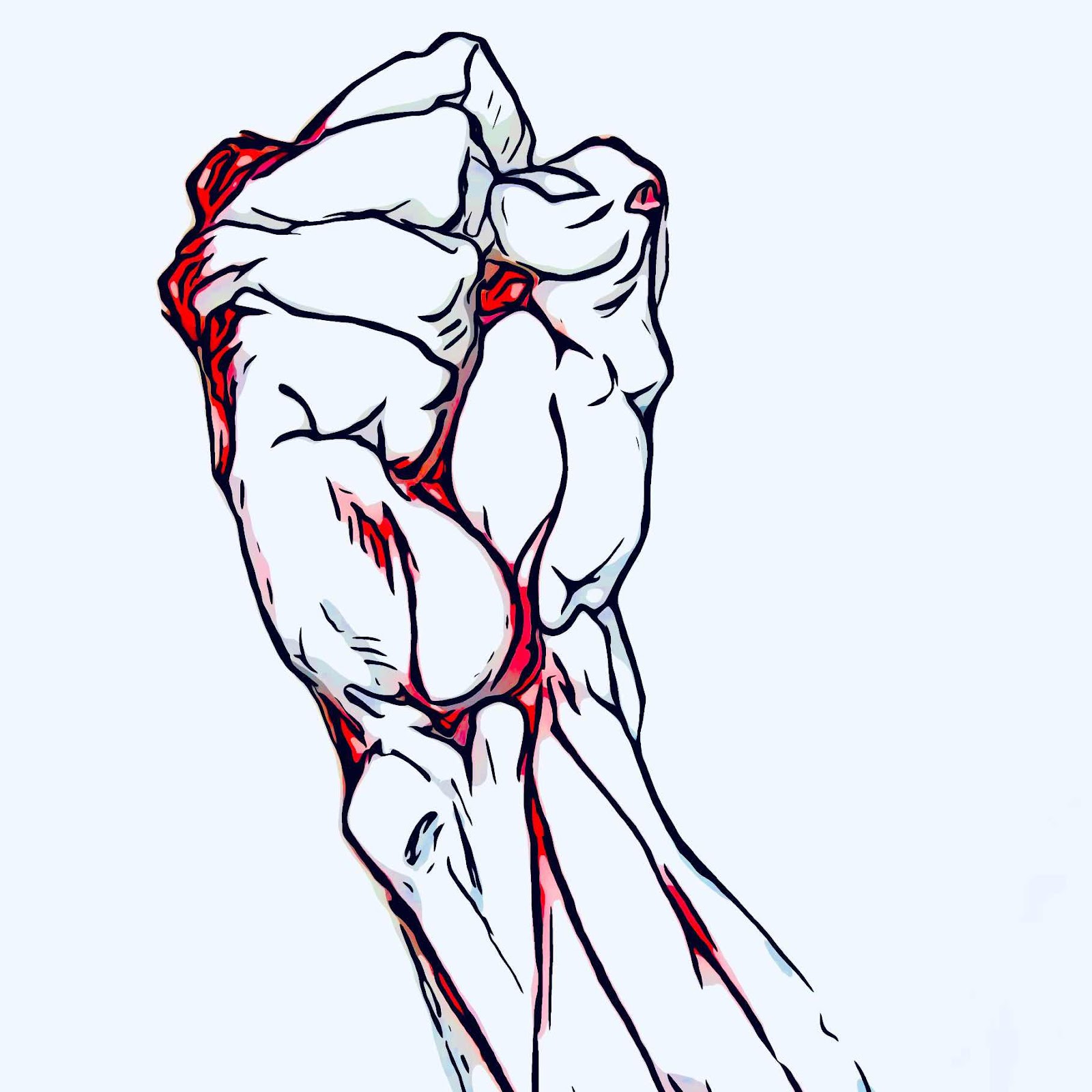 By Joe S. Thomas
The transaction was completed. I felt really good about myself. I thought of just how necessary it is to know the right people. I had just left the workplace of one of my cohorts. It was the final destination and nothing more. The tables could no longer be turned. It was done.
Backtrack: She came home with tears in her eyes. I tried my damndest to find out what was bothering her. She said, “I’m a woman, we just cry sometimes.” Fair enough, I thought to myself. I’ve heard that statement from every woman in my life. Still, I tried to pull it out of her. I put my arms around her, but that just caused more tears and body-jerking sobs.
We sat down to dinner and she started talking about her Christian faith and I told her of my struggles with it all.  She finally cheered up a little so we settled down in the bedroom to watch a movie.
Later on, I hear a text message come through her phone.  I jokingly asked if it was her boyfriend. Something about the way she looked at me made me feel uneasy. Still joking, I smiled and told her to let me see her phone. She was acting sheepish and strange about the whole thing so now I really did want to see the phone. Come to find out, there was a text from her ex-boyfriend whom I hated with every pore of my being. The text didn’t say anything incriminating, but I was pissed that she was communicating with him and keeping it from me. I said, “How would you feel if I texted or called one of my ex-girlfriends?”  Silence…  I slept on the couch.
I knew who this douchebag was. I remembered him from our teenage years when he was trying really hard to be Vanilla Ice. Why my girlfriend would have anything to do with him in the first place was way beyond me.
Back to now: It was a rainy, gray, depressing day as I stood across the street from where the “victim” worked. My only job was to make sure he was working on this particular day. He was. Marvelous. I pushed the buttons on my phone that would get the wheels rolling.
My friend Jason worked on one side of the guy and my other friend Tracy worked on the other. They were both fairly good friends of mine, we all grew up together. The three of us met at the coffeeshop yesterday to go over a few things. Let’s just say when we were finished with our coffee, they had no doubt about what to do.
It was around five o’clock when all of the shops in the stripmall began to shut down and lock up for the day.
The “victim” knew both Jason and Tracy from seeing them day after day at their jobs… or so he thought.
Tracy seemed to be having some car trouble. The hood was up and she had her head near the motor and her ass in the air. All of this planned the day before, of course. I knew that Vanilla Ice wanna be enough to know that he would come to Tracy in the guise of a helper when in actuality, he wanted her moistness dripping from his fingers. I stood across the street and out of sight from everyone as all of this began unfolding just as it had in my mind the day before. I was grinning like a mad man as he started his stroll over to Tracy’s car. I had her wear the shortest, most alluring skirt she had in her wardrobe. As he was walking, his eyes were on Tracy’s ass the whole time. I could see it from across the street. The only thing that could have made this better would be to have his wife standing there beside me watching. The way he was fucking Tracy in his mind was no doubt the way he thought of my girlfriend.
Jason was parked two cars down from Tracy. He’d been hiding in his car for fifteen minutes waiting for Tracy to give the signal with a wink. He quietly opened his door and stepped out with a large, black tire iron. By this time I was licking my chops, I could almost taste the blood. It was intoxicating.
Our “victim” was leaning down near the motor flirting with Tracy as Jason stealthily walked up from behind and tapped him on the shoulder. When he turned around, I saw Jason uncoil his upper half as if he were hitting the longest homerun known to man. I heard that sickening, wet, crunch from across the street and I saw his scalp peel back. As I watched the blood start flowing heavily, I got in my car and headed home.
It was during our morning coffee that my girlfriend found out about what happened. I purposely went and bought a newspaper and flipped it open to the story so she couldn’t miss it.
Our “victim” was now living in a nursing home for invalids. Out of pity, my girlfriend thought we should go and visit him and his family.
As my girlfriend was attempting to comfort his wife, I walked over and tweaked his nose in a playful manner. I told him he needed to be safe if he were to ever get out of the nursing home. “There are a lot of crazies out there,” I said. A tear dropped down his mute face as I dabbed at the drool running down his chin. “I hope you guys have a great day, be sure to text us if you need anything.” 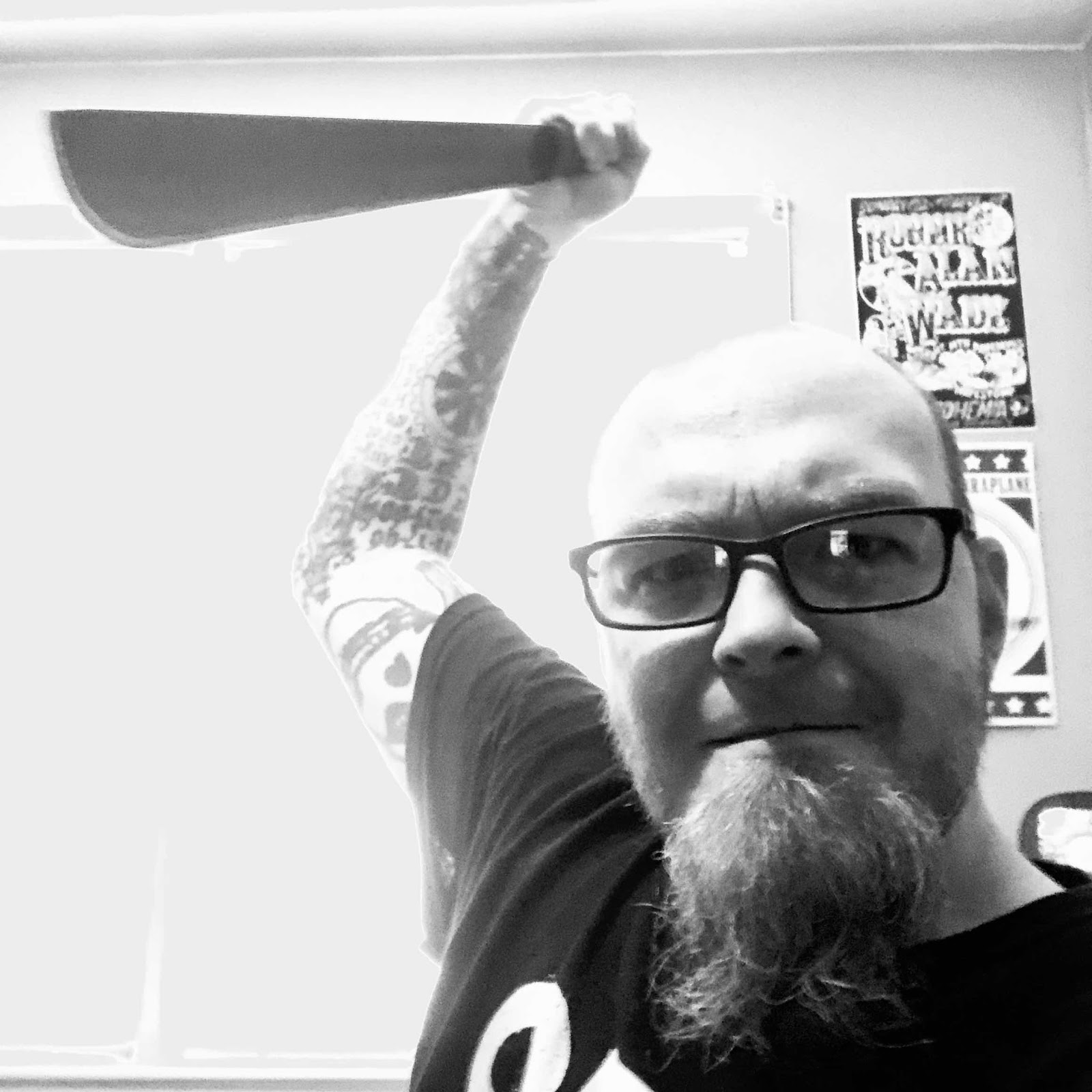 Joe S. Thomas is an author who lives and writes in Northwest Georgia. When not huddled down behind the keyboard writing crazy stories, you’ll find him in his basement recording punk rock music as the Sonic Haints. Joe has been published in the Georgia Mountain Review as well as many underground zines and blogs. He has also done a few interviews with some of your punk rock heroes. May have shared a stage with them as well…  you never know with this guy.
Fiction Joe S. Thomas