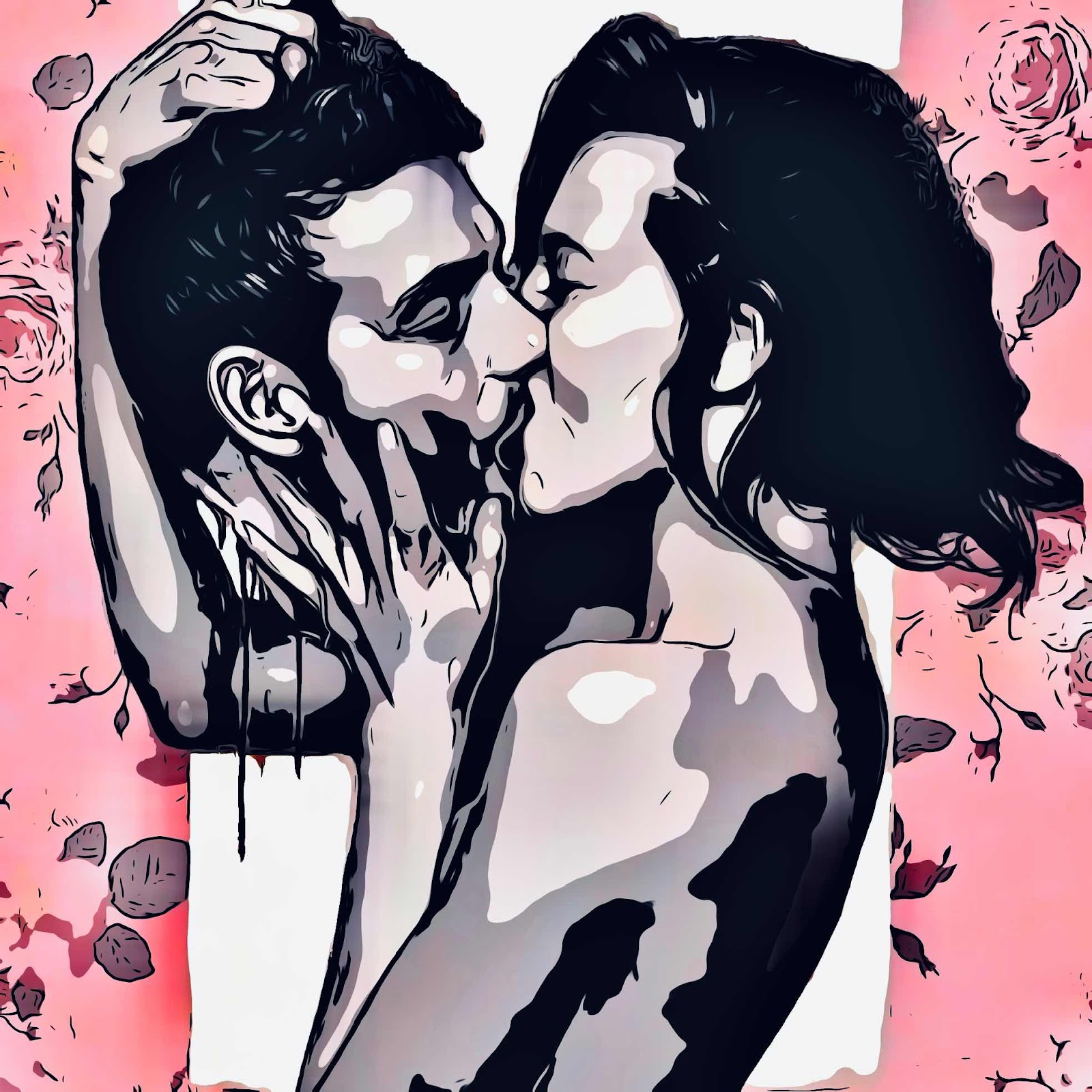 VAPORwave
The thought drifts away like a plume of menthol smoke,
My tongue chockfull of spearmint spider webs
As we sit in a neon-noir coffee shop,
Sobering up from strawberry tequila
And the things we did inside
An unlocked painter’s van.
Contact-high from the fumes, you said I was Heaven-sent,
Would have me as dessert like champagne and cigarettes
The next time we break away from our friends.
It must have been the toluene in the Valspar,
But your touch felt velvet, no different
Than your stupid, askew bowtie, all the
Promises pinstriped, a comforting formality
Lost to too much time spent in the daylight.
You pour an unsettling amount of half & half
In a cherry espresso. After a sip, you grimace
And discard it, leave it for the wait staff to steep
Over chipped dishes and a clogged sink drain.
I worm up straw wrapper after wrapper, too shy
To finger-kick them your way or ask for the check.
“Tuesday, they’ll be at the Convention Center past sundown,”
You say with no eye-contact. “We can get a table at The Drake.”
“Brittany and Dan?” I clarify even though I know.
You face me, lips deliciously wet but painfully unexpressive.
“They’ve been fucking all month, you know,” I say like it’s a crime
We’ve been wasting all that time, that you’ve been heinously naïve.
Your eyes fall on the dark table
Like a couple of Yale-blue marbles,
Then bounce upon my bare shoulders,
Carving out the protruding collar bones,
Dipping into the cleavage like soft-serve.
I scrunch the faux-fur shrug over my chest
Only because we’re in what counts
As public in Pinecrest after 11PM.
“Don’t be so vulgar,” you say even though you still
Haven’t washed your hands since we finger-painted
Each other’s torsos with drippy, little hearts and capital
Exclamation points. Your smirk comes with a delay.
“I suspected as much. Didn’t want to cast aspersions.”
“It’s not an attack on somebody’s character to think they’re shag-worthy.”
Your smirk grows, gaze drifting away. “I would’ve said ‘love.’ Love-worthy.”
“You never said that.” My vision taps on the window, slinks two blocks down
To where the white van resides, double-parked and fog-paned, ethereal.
Your eyes try to catch up to mine, slipping in the puddles along the way.
“I- I…” your voice falls an octave like you tripped trying to catch a balloon,
“Was going to say after, Tuesday, we can get a room at The Dream. Do it
Up real nice. Skybar, infinity pools, those blue-lit rainfall showers.”
“So that means…?”
“Maybe I’ll say it there.”
I don’t laugh.
I don’t grin.
You stop short of doing both, coughing over nothing.
Suddenly, the purple lights are giving me a headache.
I’m not sure it was safer to come inside from the rain.
I like the way the storm splashes against the glass
In silver buckets, a perpetual, good-luck Pollock.
The humidity unfurling from the crack of an abandoned van’s
Double doors, the mouths and legs of the almost-couple inside.
I’d rather share a Camel Crush,
Sucking up your silent smoke
And hypnotizing stroke,
Gowned in a blotched tarp,
A part of the downpour
That drenches a bum’s
Newspaper blanket,
Tentacles of reflective
Ink racing for the sewer.
Paige Johnson is the editor-in-chief for Outcast-Press, which is slated to release the sex work anthology: Slut Vomit and her debut poetry book: '21 & Over, this spring.
Paige Johnson Poetry