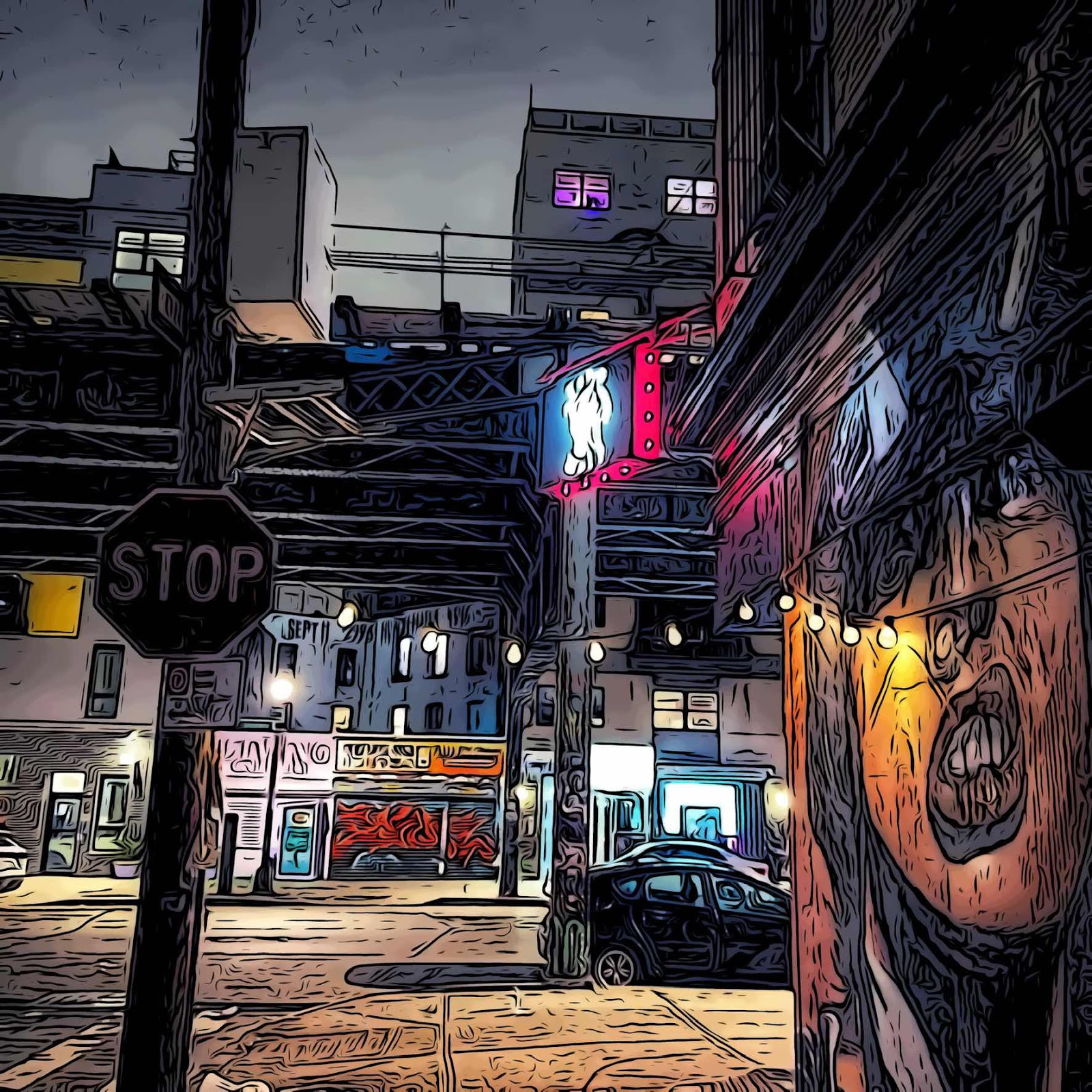 Drinking Beer and Trying to Outrun dem ol' Kozmic Blues Again
I'm out here on Haight Street
in the unseemly year of 2021
along with the ghosts of the Diggers
and the drug-addled kids spare
changing on the sidewalks
outside of smoke shops,
all of us 50 years too late
for the Summer of Love.
I'm outside Murio's Trophy Room
drinking beer and trying to outrun
dem ol' Kozmic Blues again but Janis
can tell you that it just isn't done.
At the edge of the Panhandle
there's a girl with the best tits
I've ever seen, she's dancing
topless on the grass, out of her
mind on something, her belongings
scattered in little piles at her feet
just like it were June and 1967
but the flower children are long
gone and the 21st century and
the dead-eyed junkies close
in about her with no music
in their hearts,
oblivious to peace
and love and the rest
of that hippie
bullshit.
A Poem I Didn't Want to Write
I don't want to write a poem
about the death of Lawrence Ferlinghetti
because most everyone is writing a poem
about the death of Lawrence Ferlinghetti
and I have no particular insight into the matter.
But the old fellow died yesterday
at the age of a hundred and one and I can't
help but ponder it a bit while drinking beer
in the neighborhood he made his home.
It's a bright afternoon in North Beach
and the plague has lifted enough so that
they're opening things a bit and letting people
drink and laugh beneath the sun in little groups
at sidewalk tables just like in the olden times.
Old Chinese men play cards in Portsmouth Square Park
smoking cigarettes, slapping winning hands
down on cardboard tables as they always have
and I think how it's not so different
now than it was a hundred years ago;
people mill about and sing the same
ridiculous songs,
we dress more badly, drive uglier
cars, yet things continue on
despite the absurdity of it all.
Still, I can't help but think how this
is the first sunny day in North Beach
that Lawrence Ferlinghetti isn't around to see.
Like I said, I didn't want to write a poem
about it, but it got to me, however
expected, this tiny drop of loss in the
endless ocean of loss that is our birthright.
There's magic always leaving, and leaving
nothing in its place.
I raise my glass to an empty sky
and drink to and because of it.
When the Girls Would be There
A year of the plague all but took out
the few remaining Tenderloin dives
that had managed to survive decades
of San Francisco rents, and it became
so I didn't know where to drink anymore.
Yesterday I walked the neighborhood
and was surprised to find the doors
of The Outsider at the corner of Geary
and Larkin thrown open to the streets
after months of being shuttered.
I had figured the place to be gone for good.
I went inside, a couple
of old men were at the bar.
An elderly Chinese woman smiled
from the other side, her husband
seated next to her.
They were thankful for another patron
and gestured me towards a stool as if it
were the finest table at a five star restaurant.
The man was all grins and nods
and his wife jiggled a bit to the jukebox
as if to suggest the party was in full swing.
They asked what I was drinking
and I glanced about but didn't see
anything on tap and the shelves
just held a few dusty bottles.
So I just said beer and she told me
Budweiser or Heineken. I chose
the lesser of the evils and she pulled one
from an icebox that sat upon the floor
then danced around some more to show
that things were really happening now,
the husband nodding and grinning.
I went out to the sidewalk
where a table propped open the door.
I sat and watched the junkies
and the crazies
and the generally destitute
go about their business.
When I went back in to pee
even the old men had gone.
The couple asked if I
wanted another and I said no.
They told me to come back in an hour
because that's when the girls would be there.
I came back in an hour and the girls
were not there, just different old men
and just outside the door there was someone
with their pants around their ankles
screaming in dirty underwear
until they tripped over themselves
and fell into a puddle of something green.
Somebody punched Hank Williams into the jukebox
and it was almost like old times. 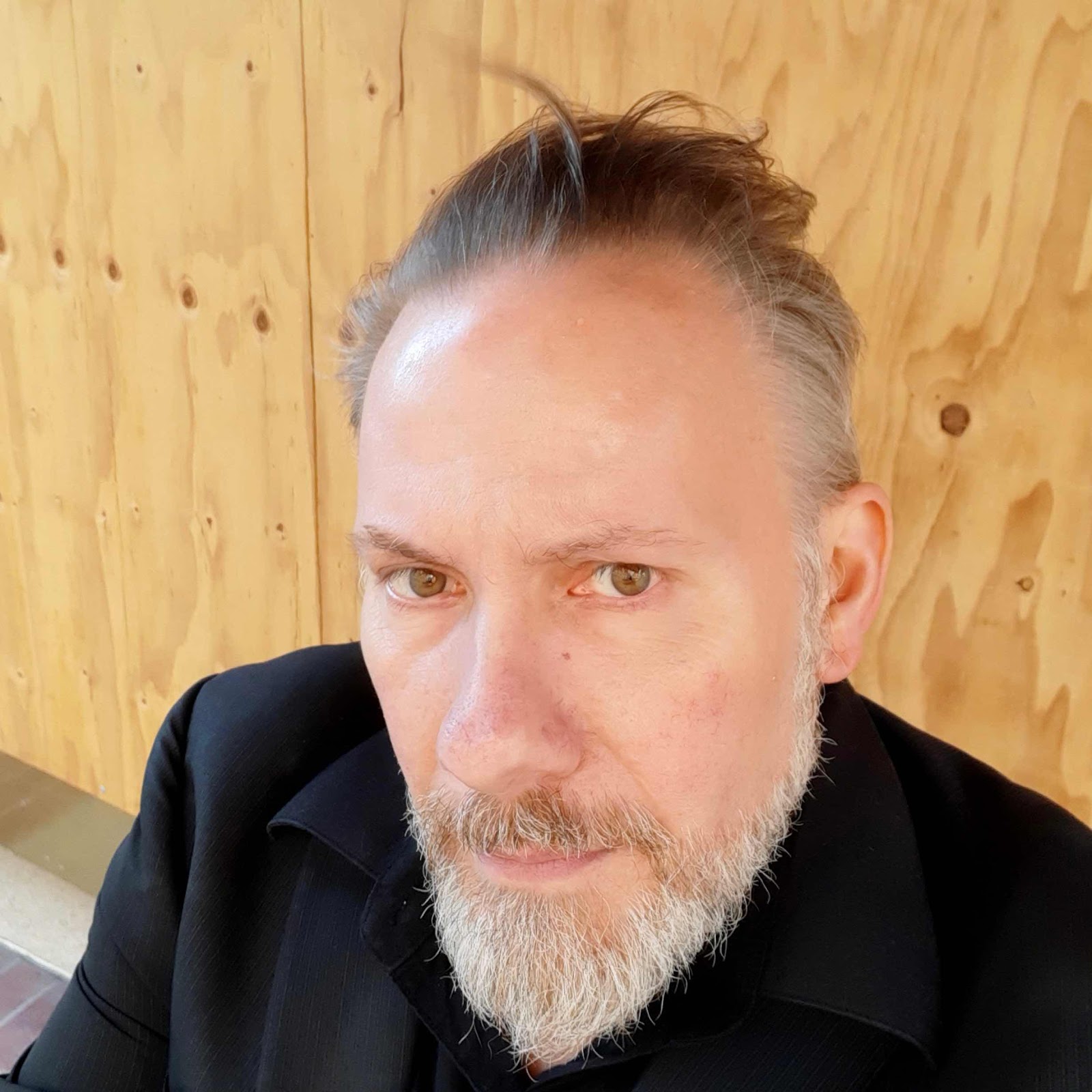 William Taylor Jr. lives and writes in San Francisco. He is the author of numerous books of poetry, and a volume of fiction. His work has been published widely in journals across the globe, including Rattle, The New York Quarterly, andThe Chiron Review. He is a five-time Pushcart Prize nominee and was a recipient of the 2013 Kathy Acker Award. He edited Cocky Moon: Selected Poems of Jack Micheline (Zeitgeist Press, 2014). Pretty Things to Say (Six Ft. Swells Press, 2020) is his latest collection of poetry.
Poetry