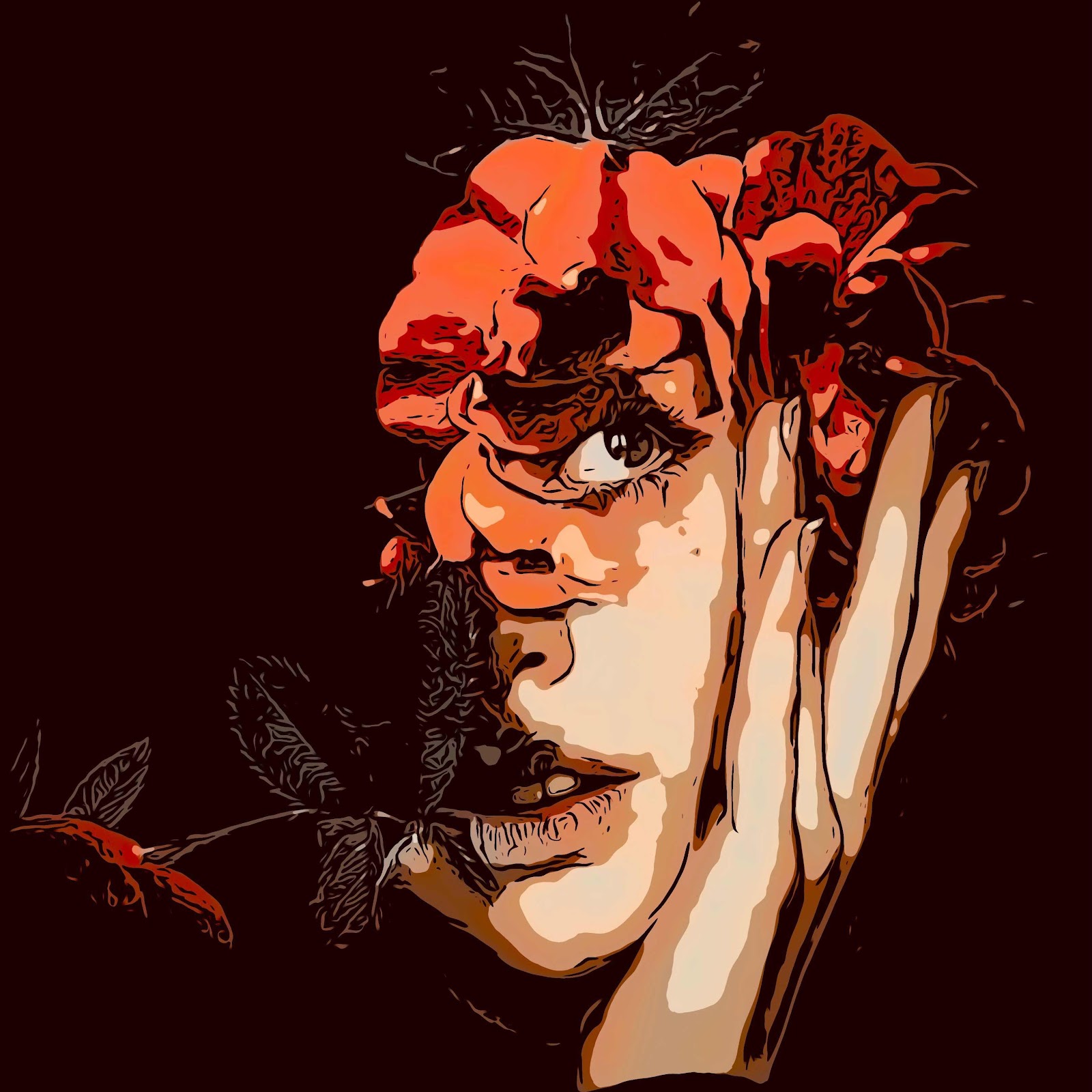 A Decade of Pilates
I’ve tried it all, yoga,
Pilates, Feldenkrais,
the gym, Amatsu,
and the hands of my
husband on my back.
But the one I’ve come
back to is Pilates,
especially the hundred.
Supine, lift the head,
clench the abdomen,
engage the core, hover
stiffened arms and paddle:
one, two, three, four, five,
six, seven, eight, nine, ten;
one, two, three, four, five,
six, seven, eight, nine, ten.
It feels like beating out
a decade of the Rosary,
not what I was taught
not the right words
but, oh yes, the rhythm:
hail Mary mother of grace,
blessed art thou amongst….
women? sinners? virgins?
something, something Jesus
in the hour of our death,
and the chant carries on
stiffening the soul
and forever the core.
I and Thou
Her attack blindsides me. Out of no-
where. Words wing, hurl,
hook, find purchase
in my belly. My back crumples.
I’m tripping over myself, apologizing
for oversharing (was it?) on the phone,
the fucking phone. I should throw
it into the sea, let it sink to the bottom,
go rust ugly, leak titanium onto
barnacle-crusted rocks, kill limpets
clinging on, poison hermit crabs.
And after that I’ll relearn the skill
of presence, the visual cue, the soft
knowledge of a subtle gesture, a touch
on the arm, the glue of friendship,
the I-and-thou of eye to eye.
(Later, we find it was all a cock-eyed,
blind-alleyed trail of miscommunication,
from beginning to end. Forgiveness, friend.)
Sentient
Flick the black ball of fuzz from the sofa.
It lands in an empty mould of a box of chocolates,
buzzing in its sweet-slot, like a tiny wind-up toy
or battery-driven thing. Jabs of adrenaline
when you go closer to find it’s a living lumbering
bumble bee. Did it hitch a ride on this frozen day,
from popup shop downtown, to inside here,
your home? You don’t want to do it, but demand
it must be done; with a torn piece of paper
he presses gently until it stills in its snug plastic
grave. Later, you sit leaning against him,
his hands on your back, your I and thou
of touch when your vision snags on a dark
and fuzzy thing on the floor beside you.
Feel the sting of precognition in a bee that
climbs from its grave, falls from a table,
crawls across a carpet, homes in on you
again. Press down on its soft humped buzzing
rotund self until you hear the mildest snap
of its back. Tenderly, lay it in the empty fire grate
so dust and ash cling to its soft dark hair. Want
it not to be a killing, but a planned push
to pass them through their Zen phase of bee,
to bird or bear or colt, on their way to the infinite.
Watching Him Through a Glass Eye
She places the webcam pointing at the sofa
so she can watch his purr-laden sleep while
back in the office, still fearful he’s unwell.
She envies his freedom from the agitation
of her wakeful state at work. The cam can’t
hear the hum of the fridge, nor see its light,
unsealed when the door opens in a Schrödinger-
moment of minute decay, food rotting in spores
of warmer air; she thinks of the wet-cold
dank it emanates, counterpoint to Bug
rubbing warm against her, his scent clinging
in a swathe of static to her trouser-leg,
the feel of his velvet fur unfelt through the cam’s
glass eye. She doesn’t know she can’t hear
the smoke alarm emitting a feral beep
every twelve seconds as the battery fails.
N.
Waking to the aching query of your absence
and my one-sided conversation with you
that the paint colour must be white and only white.
I pick Arctic Blonde remembering your laugh
telling me the time you painted the whole house
in Death White. Your paean to Dublin: these
hummocky hills are your hills, a topology of vast
dominion underpinning city, your city, your buildings.
On the ferry for Wales I slip from the harbour
marvelling at low mud flats and old marker buoys
channelling us to places the Vikings first saw.
Two days before you go, I send you a message.
Dearest N. Thought I heard you fly by last night.
Must have been a crane. Or maybe an owl.
Alison Hackett is the director and founder of the publishing house 21st Century Renaissance and author of The Visual Time Traveller, which was selected by an international jury for the Global Irish Design Challenge exhibitions of 2016 and 2017. Her work has also been featured on the website of the Irish national broadcaster (RTE) as “poem of the day” and in Crossways Literary Magazine, Delmarva Review, The Nonconformist Magazine, Poetry Ireland Review, The Rail, Afloat.ie, and numerous other literary journals in Ireland, India, Australia, and the U.S. She has a BA from Trinity College Dublin.
Poetry