Creative Nonfiction: The Afternoon Administration (or: My Gradual Unraveling, One Capsule at a Time) 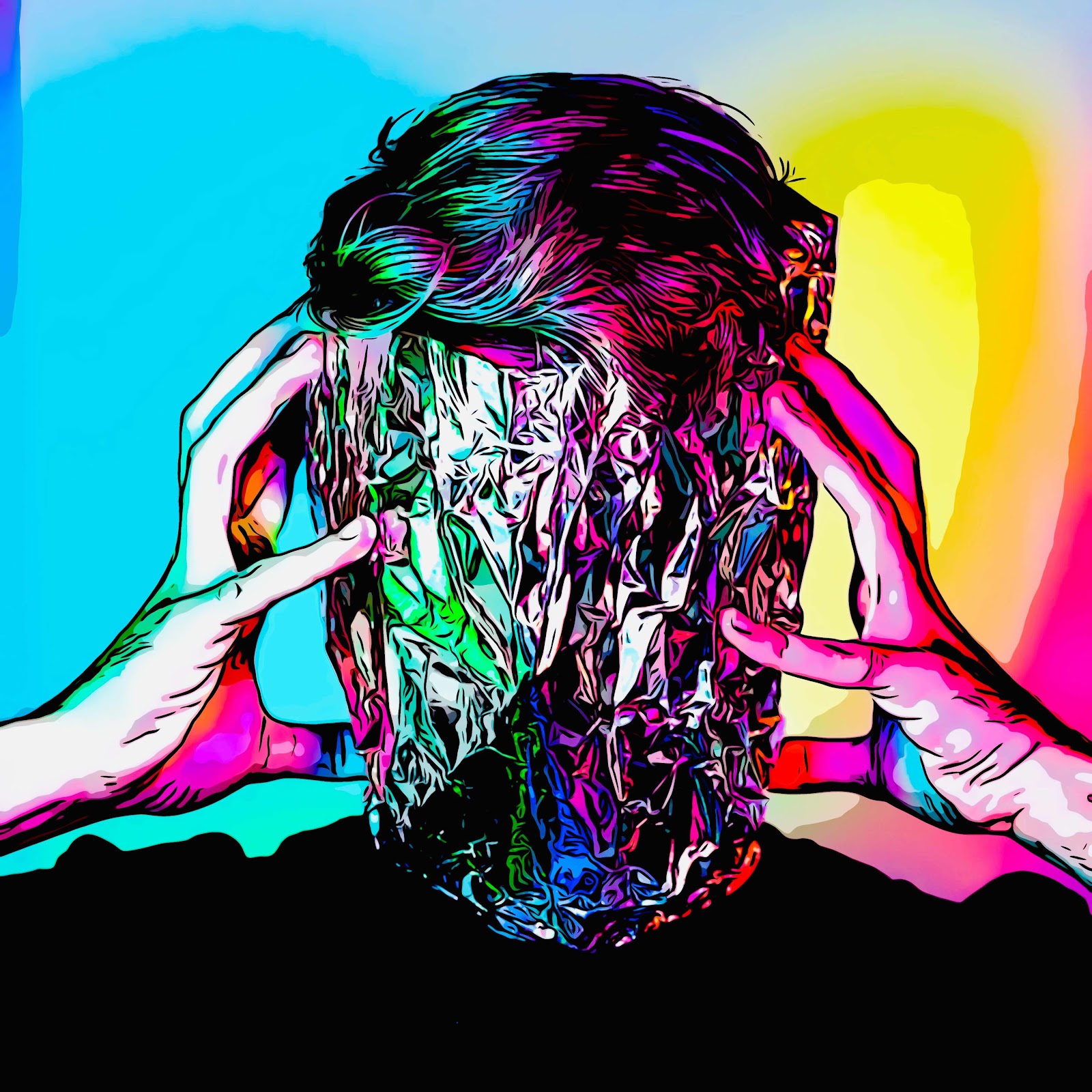 By Marshall Moore
27. Ginger
Until now, I hadn’t known you could get ginger in pill form. A bottle’s a few bucks at Whole Foods. When you’re on a plane and turbulence hits, ginger ale helps. I imagine this does the same thing. It’s worth a try. I’ve been nauseated more or less since childhood, a self-devouring ouroboros of IBS and anxiety. The one creates and consumes the other. I’ll take a couple of these and see what happens. It can’t hurt any more than my stomach already does. Besides, turbulence often hits. I’ve got to start looking out for myself. I’m not a kid anymore. So I tell myself.
29. Probiotics
Probiotics remind me of milk, and not in a good way. As kids, my sister and I called the acidophilus stuff diarrhea milk. A nice cold white glass of good germs, helpful but vaguely awful at the same time. Those days are long gone. Now I’m lactose intolerant. I could handle milk and cheese until one day I couldn’t. But there’s something new wrong with my gut—not my baseline instabilities, either. Continence is all I’ve got left to lose. Confidence? That was never there in the first place, and the last of my dignity went down the drain maybe a month ago. What’s the worst that could happen? (I already know.)
29. Milk thistle
I’m careful with my diet and don’t officially drink much, but ibuprofen is vitamin I. It’s hard on the liver. Living is hard on the liver. My joints are shot. I work out regardless. Milk thistle repairs liver cells. I’ve read studies. It apparently works. And—let’s be honest—I’m sure I shouldn’t wash those NSAIDs down with a glass or three of red wine, but you know. Repetitive strain injuries, bad knee, something wrong with my neck. Disembodiment must feel amazing. Numbness in excelsis. That most sublime absence.
35. Fiber
I’m not dead yet, but I am in Korea, and you don’t go out for a meal here without guzzling beer and/or soju: before, during, and after. The only time you don’t is when there’s wine. The cuisine’s spicy and delicious but rather lacking in green vegetation. My system is calm now, excessively so. Big change from my constant distress and emergencies. I’ve switched to bran cereal and brown rice, and now these things. The grass is still brown on the other side too. If I’m halfway through my thirties and already taking fiber, does that make me middle-aged?
46. Turmeric
Plantar fasciitis, says a friend from my PhD program when I share my diagnosis on Facebook, hurts worse than childbirth. She’s had it before, and she’s had seven kids. Every step is a stout nail hammered into the ball of my left heel. I limp now and sometimes stop to sit down, shuddering and weeping from these sudden, intense spikes of pain. I am reduced to this. Turmeric is said to help with inflammation. With reductions and debilitations. It had better be, because plan B involves arsenic.
48. Glucosamine, chondroitin, MSM
This time I’ve pinched a nerve in my neck and blown out my left rotator cuff at the same time, a feat I wouldn’t have thought anatomically possible. It hurts to turn my head. It hurts to not turn my head. It hurts to move. It hurts to not move. The physio helps and the painkillers dull the worst of it, sort of, but everything turns to clouds and mist with shard-cliches of lightning bolts and broken glass slashing through the fabric of what passes for reality. Anything that might repair joints tendons connective tissue corrective tissue broken bits and pieces holy Christ I swear I’ll buy it by the truckload: apologies, I’m not myself. I don’t recognize this person that I am. Pain is a physical construct. It is a cage, and the bars are electric.
51. Bilberry
The hammering pain is a thing of the past, but night-driving scares me and makes me feel old. It shouldn’t, or maybe it should: British roads are narrow, and I’m American. Down here in Cornwall, there isn’t much street lighting either. It gets dark. Then there’s the mizzle: the local word for the drizzly mist that drifts from the low grey ceiling, obscuring everything. Wipers are useless against it. As if that weren’t enough, I’m in my early fifties and have spent the last three decades looking at screens. By the end of the day, my eyes can’t be assed. Everything else has worked so far, more or less. I can manage. Let’s give this a try.
This is the afternoon administration. I take pills in the morning as well. There’s a story there, written in capsules and tablets. What’s next? Valerian so I can sleep at night, saw palmetto for when my prostate goes? Gingko biloba for that creeping absentmindedness? Rhodiola, ginseng, ashwagandha? I don’t know how the story will end or who I’ll be when I get there, only how the next chapter will feel in my throat when it sticks going down. 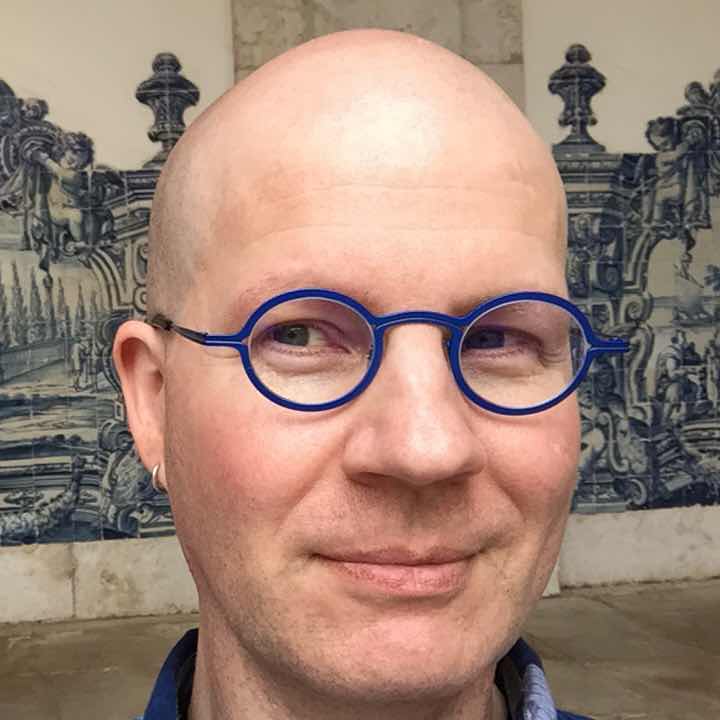 Marshall Moore is an American author, publisher, and academic based in Cornwall, England. He has written several novels and collections of short fiction, the most recent being Inhospitable (Camphor Press, 2018). He holds a PhD in creative writing from Aberystwyth, and he teaches creative writing and publishing at Falmouth University. His next books are a memoir titled I Wouldn’t Normally Do This Kind of Thing (Rebel Satori Press, 2022) and a co-edited academic collection on the subject of creative practice.
Creative Nonfiction