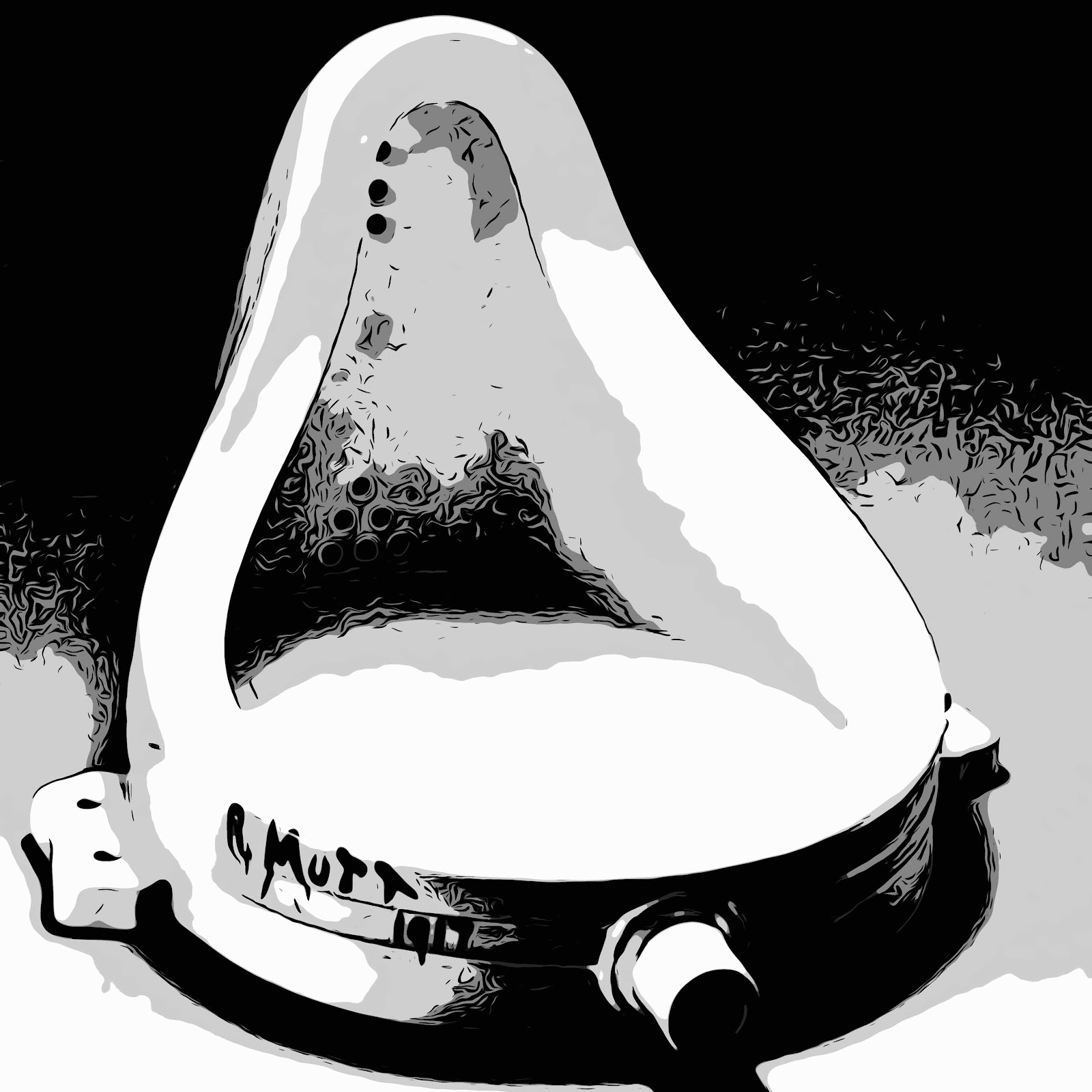 Ode to Eno Peeing in Duchamp’s Urinal
There’s a fly in the urinal, apparently deceased No movement at all, that I can see at least.
As I unzip, I wonder, do flies have a soul?
Is there a fly heaven where they can go?
Are there fly preachers for this tiny species?
Promising rivers of honey and mountains of feces Vowing streets will be paved with rotting meat Exuding ambrosial fumes in eternal heat.
There’d be no dread swatters with dried guts of kin And of course, no birds or spiders would be allowed in. But that’s all too silly to seriously think so
They’re just not important enough as species go.
No there’s no heaven for this little fly
With fields of garbage awaiting on high
No celestial bliss for this little fellow
Just a watery grave of pale yellow.
It crosses my mind that at this junction
I should probably feel some sense of compunction.
I mean, it’s not very nice, no way to behave
Peeing disrespectfully on someone’s grave.
But this fly’s not a someone, is he? Just a dead fly And surely not as grand and deserving as I. Granted—a fly’s existence has a useful role
In our planet’s system as a whole.
While I and my kind in the name of progress Pollute and destroy and make a big mess
A fly’s not been known to murder his kind To hate and cruelty he’s not inclined.
And a fly wouldn’t enslave one of its own
To greed and corruption, he’s not prone
He really does nothing to which a fault you can pin OK—so he pukes on food, but that’s not a sin.
But a fly deserve heaven? Who’d believe it?
No, that’s reserved for the species who can conceive it And who continue to hold a dogged insistence
That they somehow deserve a continued existence Free from pain and sadness, no old bones creaking
No spiders or swatters, metaphorically speaking
No maladies producing moaning and crying
No hunger or sorrow, no anguish, no dying.
What great hope and comfort in this grand ideal
Is it any wonder the mass appeal?
But now—a fly needs no solace, he doesn’t fear death Has no selfish longing for eternal breath.
He just does what he does ‘cause that’s what he must
Then it’s ashes to ashes and dust to dust
And someday my fate will be the same
I’ll return to that from which I came.
You see—the atoms which constitute all creation Give all things in nature an unbiased relation
And when everything’s reduced to the bottom line A fly’s basic makeup is the same as mine
So maybe someday will our atoms unite In a tree or the ocean or a bird in flight We might meet again this side of forever So, I say “Adios, little fly guy,”
and I pull the flush lever. 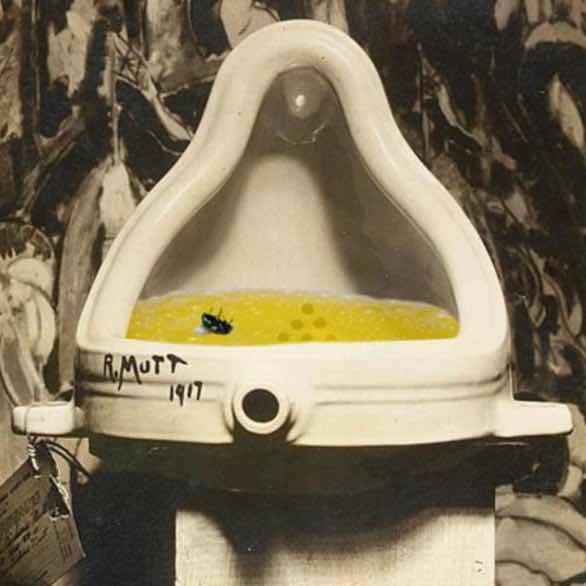 Image by Alfred Stieglitz and Mark Blickley Text by Mark Blickley October 23, 1990: “I thought, somebody should piss in that thing, to sort of bring it back to where it belonged. So, I decided it had to be me... I described my action as “re-commode- ification.” - Brian Eno 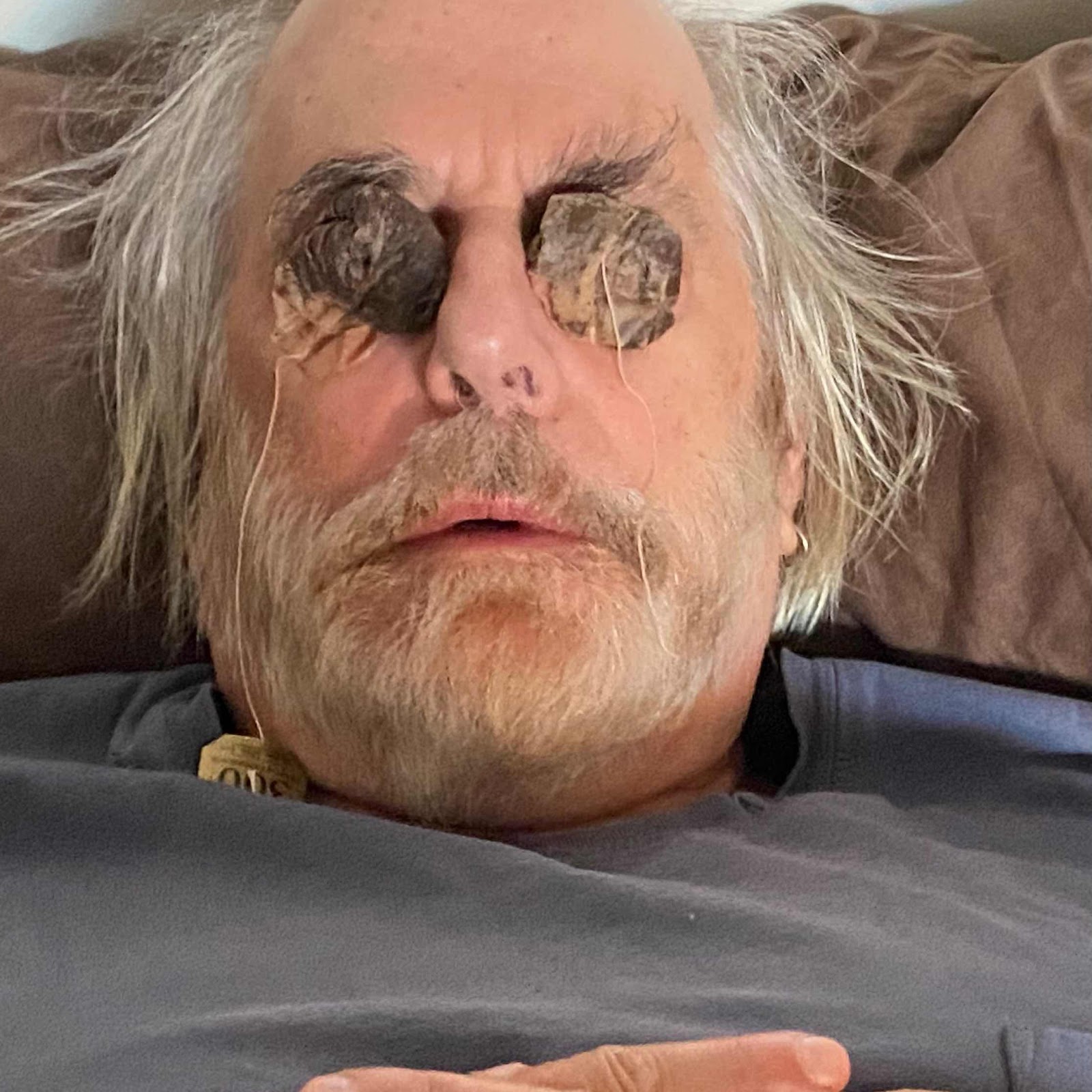